Biosimilar Or Biobetter? Perspectives On An Evolving Market 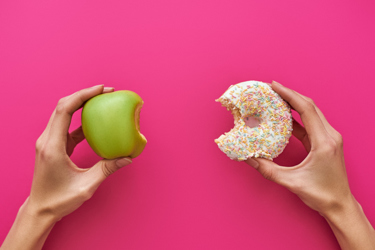 At the DIA Biosimilars Conference a few weeks ago, I moderated a panel looking five years into the biosimilar market’s future. An article highlighting the biggest takeaways from this panel will be appearing on Biosimilar Development and in Life Science Leader magazine in early December. However, what didn’t fit into that article was our discussion on differentiation — in particular, how companies should consider product selection with an eye toward differentiation and what that entails from a device/administration and manufacturing perspective.

As we know, there are only so many ways a biosimilar manufacturer can differentiate a biosimilar product from its originator and still remain a biosimilar from a regulatory perspective. We often point to Celltrion’s subcutaneous (SC) infliximab biosimilar Remsima as a great example of what’s possible from a differentiation standpoint. Of course, we also must acknowledge that Remsima SC was approved in Europe (and would be approved in the U.S.) as a novel product and not a biosimilar. But as originators continue to create next-generation versions of their off-patent products, there are several differentiation efforts that could also be a possibility for biosimilar manufacturers looking for a competitive edge beyond price.

A recent webinar from IQVIA on the biosimilar and “biobetter” landscape provided a great overview of the opportunities for differentiation and the outlook for biobetter development. In part one of this two-part article on differentiation, I’ll share some of my main takeaways from IQVIA’s webinar. To differentiate or not to differentiate is hardly a black-and-white decision-making process for biosimilar (or any) companies. However, it is a question that will no doubt continue to evolve with the biosimilar business and commercialization model in the future.

A Look At European Market Dynamics: Next-Gen Originators Vs. Biosimilars

Before we can dive into the world of biosimilar differentiation opportunities, it’s perhaps important to look at the originators’ experiences. As we all know, originators have found a number of creative ways to extend their products’ market relevance long beyond the expiration of their composition of matter patents. In particular, IQVIA’s Aurelio Arias homed in on three products: AbbVie’s citrate-free version of Humira and Roche’s SC Herceptin and SC Rituxan.  However, as Arias explained, the presence of such improved next-gen originator biologics has demonstrated variable performance versus biosimilars in Europe thus far.

While AbbVie tried to hold off biosimilar competitors with its citrate-free (less painful) injection option, this has not managed to stave off biosimilars. This could perhaps be explained (partially) by the fact that several biosimilar manufacturers have also launched their own citrate-free biosimilar versions — both of which have successfully secured some European tenders.

In oncology, subcutaneous (SC) Herceptin stands out as a success case for product differentiation. SC Herceptin secured roughly half of the patient population from the traditional IV administration method years prior to the arrival of IV-administered biosimilars. As such, Arias notes it has been a struggle for biosimilars to transition patients from the SC version back to the IV. However, since mid-2019 (about a year after the biosimilar launched), there has been a general decline of the SC option’s market share across the EU5.

Interestingly enough, though SC Herceptin saw some success, the same cannot be said for SC Rituxan, which has a much lower market share compared to SC trastuzumab across the EU5 countries. For instance, while in its prime, SC Herceptin held anywhere from 40 to 70 percent of the individual EU5 markets, SC Rituxan has attained only 10 to 30 percent of each EU5 market. Arias attributed this lower usage rate to the fact rituximab is commonly given along with additional chemotherapy agents. This means the patient will likely already be in the clinic for treatment, lessening the need for a self-administered agent.

Of course, the success of any improved formulation within a country will depend on reimbursement protocol. Some countries may incentivize the use of certain subcutaneous products; for instance, as Arias explained, the U.K. provided a tax incentive for SC Herceptin. In other countries, like Germany, office-based physicians typically prefer the IV formulation because they are reimbursed more given the longer administration time.

While Arias pointed to a general decline in SC Herceptin’s market share following biosimilar entry, we’d be remiss to ignore the impact of the ongoing pandemic on subcutaneous products. For example, SC Rituxan saw a jump in France and Spain, and SC Herceptin usage spiked in France and the U.K. during the height of the pandemic. This is a great example of how having a patient-centric formulation on hand can be beneficial in managing disruptive events. In fact, here in the U.S., we often point to Amgen’s Neulasta OnPro, which has secured a decent amount of market share and came in quite handy during the shut-down. It’s highly likely that, as some European countries shut down in the midst of their second COVID-19 waves, physicians in certain countries will continue to rely on administration methods that keep patients at home.

As biosimilar makers expand their pipelines and/or consider future candidates, Arias posed a question that demonstrates the increasing maturity of the biosimilar commercialization model. What can biosimilar manufacturers do to increase the value they bring to the healthcare system, outside of just offering lower prices? We’ve been pondering this question for a while now. But as some companies begin to act on value-added strategies (i.e., Celltrion), or we consider pipeline candidates with smaller revenue opportunities, the business case could become more intriguing.

To explore the opportunities that are available and to illustrate how they’re perceived by the payer (which is critical), Arias walked us through a chart on payer value and innovation perception. On the lower end of the value and innovation scale are strength or excipient changes that reduce the injection amount and decrease injection-site pain (e.g., citrate free Humira). Another option we’ve seen or discussed in the past is providing additional services or an improved device. Though these innovations are viewed a little more favorably by payers compared to strength/excipient changes, Arias cautioned that it can be trickier to convince payers of the overall value of a new device.

Perhaps the most notable and innovative efforts we’ve seen thus far from originators and some biosimilar makers is to change the route of administration — for example to move from IV to subcutaneous. “There is worth in making sure you have alternatives to drive a healthy, flexible prescribing environment, and this will be key for overall biosimilar sustainability in the long-term,” Arias added.

Also high on the innovative scale is the emergence of next-gen products that blur the line between off-patent biologics and originator products. The term “biobetter” has always been relatively controversial in this space, especially seeing as it is not a regulatory term, nor is there a clear-cut definition. As Arias outlined, this could translate to an improved formulation or route of administration. Or it could mean — on the more innovative side of things — a change in label or efficacy. For example, he referenced the antibody-drug conjugate Enhertu, which links trastuzumab with a cytotoxic topoisomerase I inhibitor. Though combining off-patent molecules to create a new treatment wouldn’t be considered a biosimilar, Arias is optimistic that such combinations of off-patent molecules could be an innovative opportunity for a well-equipped biosimilar company.

Given the stiff competition that’s expected to emerge over future off-patent biologics, patient-centric innovation may be the way to go for some biosimilar makers. There are a number of untapped opportunities that could provide greater patient (and/or caregiver) convenience. For example, the integration of a strong digital component with a medical device can reduce office visits and provide flexibility around treatment time, location, and physician monitoring. However, these benefits may not be universally realized, whether it be because of a patient’s personal preferences and physical and/or geographical limitations. In order for a digital element to be beneficial, he explained, the nation will need to have the technological infrastructure in place. As not all countries are created equal in this regard, there could be greater disparities among patients in high vs. low-tech nations.

When asked if he thought biobetters will be attractive for originator and biosimilar makers in the long-term, Arias argued that they will be given the industry’s ongoing gravitation toward patient-centric solutions. However, he was careful to emphasize that we cannot anticipate all these innovations will be cost-effective. Like any other innovative development effort, a return on investment will not necessarily be guaranteed, either. While innovation of off-patent products is important, it’s critical to keep in mind that payers will ultimately be comparing the value-added products to lower-cost biosimilars and not necessarily the originator or other innovative agents.

That said, he envisions there is some work that can be done in terms of the EU tender systems that would promote a more sustainable model for biosimilars and biobetters in the long-term.

“I’d hope that some of these innovations would become better regarded should tenders not only be price-driven but also take a view from the patients as to what products they’d find most valuable,” he concluded. “This may mean not just offering the cheapest biosimilar as the largest volume winner but also providing alternatives that promote a better patient experience overall. I think that would be a sustainable model and would argue we’re trending in this direction, especially given the current gravitation toward more flexible, patient-centric options during the pandemic.”