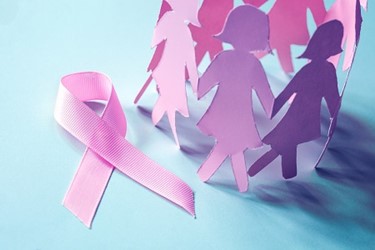 When I learned a few weeks ago that breast cancer advocacy group Susan G. Komen was implementing a patient education program on biosimilars, I was all ears. In recent weeks, we’ve continued to receive the good news about biosimilar approvals for Herceptin and, as luck would have it, we can now celebrate the (at-risk) launches of two much-needed oncology biosimilars — Amgen’s Mvasi (Avastin) and Kanjinti (Herceptin). Moving forward, initiatives such as Susan G. Komen’s will be immensely important for oncology patients.

In light of this new educational effort and the ongoing market progress we’re seeing with oncology biosimilars, I reached out to Susan Brown, managing director, health and mission program education at Susan G. Komen. During our discussion, I learned more about the patient organization and its biosimilar education goals, as well as what type of information could be particularly helpful for the breast cancer patient community at this point in time.

A Brief Overview Of Susan G. Komen And Biosimilars

Since 1982 when Susan G. Komen was founded, the nonprofit has invested $2.9 billion in research, community health outreach, advocacy, and programs in more than 60 countries. Komen also has affiliates in 60 communities in the U.S, which conduct community needs assessments every five years. From there, each affiliate — whether it be large or small — establishes an action plan which guides their mission work and may include events, fundraising efforts, grants, and education programs to benefit the needs of their local breast cancer community. While the organization’s educational efforts are directed primarily to the patients, not including physicians, there are upwards of 60 well-known breast cancer researchers and clinicians serving as Komen scholars who head up scientific and grant review committees and help educate their local affiliates.

When I asked how Komen set its sights on biosimilars, Brown shared that the interest originated (not surprisingly) within the nonprofit’s policy team. Given that there are five Herceptin biosimilars approved in the U.S. and now one launched, Brown said it’s imperative the breast cancer community have a reliable place to turn to for biosimilar-related information.

So far, the organization has created several online resources for its research advocates, helpline team, and affiliates. Brown said she could imagine a scenario in which a patient is at home reviewing a hospital bill and sees the biosimilar’s name instead of the brand. So, the initial purpose of this educational initiative was to eliminate any concerns patients might have that they’ve been given a completely new brand of drug or that a mistake had been made in their treatment.

In addition to being a resource for patients, on an internal level, the organization has already conducted a webinar on biologics and biosimilars for science advocates and headquarters and helpline staff to ensure they were prepared for any questions that may come their way from patients. “Our affiliates are our feet on the ground and are in direct contact with the community,” she said. “We wanted to make sure they were equipped with information about biosimilars in order to respond to questions and to inform the community about the fact biosimilars now exist on the market.”

I was impressed to note the scope at which the organization has begun to integrate biosimilar information onto its website. As Brown shared, there are a few biosimilar-specific documents on the website, including a Facts for Life sheet, which is part of a series of informational documents on a wide variety of breast-cancer-related topics (e.g., breast cancer surgery, chemotherapy in early breast cancer, etc.) As you’ll note, not only does this Facts for Life document define what biosimilars are, it also provides a brief list of questions for the patient to ask their doctor, as well as a list of other educational resources published by Susan G. Komen.

In addition to the Facts for Life sheet, there is also a Questions to Ask Your Doctor sheet, which patients can print out prior to their doctor appointment. This document includes practical questions patients can pose about the doctor’s experience with biosimilars, the cost-saving opportunities, and how the patient will know when they have been prescribed the biosimilar, for example.

What I found particularly notable was the organization’s efforts to incorporate references to biosimilars across different pages on the website, including mentioning biosimilars in several different Facts for Life sheets — specifically the resources on targeted therapies and making breast cancer treatment decisions. “We tried to integrate the term biosimilar and explanations about what these treatments are organically, so people reading about trastuzumab and emerging areas in therapy would find the term biosimilar right there,” said Brown. In fact, I’ve heard other patient organizations have begun implementing a similar strategy to make sure biosimilars are considered a natural part of the biologics’ treatment paradigm.

Komen has a few more efforts underway, including posting a video about biosimilars on the website. This will join two patient-facing podcasts — one which provides a deep dive into biologics in general, while the second hones in specifically on biosimilars. (A link to the biosimilar-specific webinar is here, which includes former FDA biosimilar superstar Leah Christl as one of the speakers).

Moving forward, Brown and her team plan to promote these materials via social media and distribute them to each affiliate so they’re able to put together biosimilar toolkits for their communities. This will be especially critical because, as most of these biosimilar products have yet to be launched in the U.S., public knowledge in the oncology space is likely lacking.

The Need For Real-World Evidence In The Oncology Community

I was happy to hear that, in the process of putting these materials together, Brown and her team reached out to physicians in large cancer centers to learn about their experiences with biosimilars and how they introduced them to their patients. The biosimilars they were most familiar with and using were in supportive care, which, as we know is a slightly different animal than the curative therapies like Herceptin. However, Brown said the response to biosimilars thus far was positive. The only resistance physicians seemed to have with biosimilars was simply the name “biosimilar.” (In fact, as Brown shared, some of the physicians actually chose not to use the term biosimilar, settling instead on “generic-like” given the familiarity patients have with generic drugs.)

When I asked about the role real-world evidence (RWE) has played, or could play in future educational efforts, Brown said that there is plenty of room to grow in this regard. Real-world evidence hasn’t been touched upon in Komen’s first wave of educational documents. However, as she said, she’s aware on a basic level that some products have fared well in certain nations overseas, but this has been limited to anecdotal information.

We’re all familiar with, and likely have shared the statistic about the 700-million patient days of safe and effective biosimilar treatment overseas. It’s a fabulous statistic that works in a pinch. But we also have much more granular information, whether it be case studies revealing the safe and effective use and savings generated in specific countries or information about the 90 switching studies (just for starters). For example, I try as often as I can to refer to the switching guide put together by European Specialist Nurses Organization (ESNO) because it does a great job of integrating different case studies sharing the clinical, financial, and healthcare-based benefits of switching to biosimilars. These case studies are presented in addition to the typical information about biosimilars.

In the past, I’ve heard patient advocates share their interest in hearing from manufacturer partners about ongoing studies and RWE as it becomes available. Overall, Brown emphasized her willingness to garner more insights about the data from overseas. The experiences in Europe with curative oncology biosimilars currently outshine the U.S.’, making it all the more important for this information to be relayed to patients who are just now entering the biosimilar treatment landscape with Amgen’s Kanjinti. As Brown said, learning more about the launch and use of biosimilars abroad would be particularly helpful, not only because it serves as more support about biosimilars’ safety and efficacy, but it also provides a new type of knowledge for stakeholders to digest. “Some patients and providers would likely benefit from hearing a variety of messaging about biosimilars,” she added.