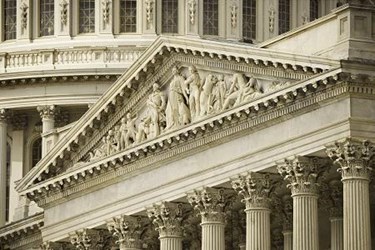 In December, I watched a policy briefing held by The Atlantic and underwritten by The Biosimilars Council. This policy briefing was the basis of what turned out to be a popular article on what Senator and gastroenterologist Bill Cassidy thought needed to be done to improve the Biologics Price Competition and Innovation Act (BPCIA).

So I was happy to learn The Atlantic and The Biosimilars Council were teaming up to hold another policy briefing, this time interviewing the chairman of the House Energy and Commerce Committee, Representative Michael Burgess, along with experts from biosimilars manufacturer Apolobiologix, law firm Hogan Lovells, and the American Cancer Society.

I was especially appreciative for the chance to hear more from Representative Burgess, especially after watching the livestream of the recent Energy and Commerce Committee hearing on the reauthorizations of the Generics Drug User Fee Act (GDUFA II) and the Biosimilar User Fee Act (BsUFA II). In an article based on that recent committee hearing, I expressed disappointment over how few questions were asked about the biosimilar space. So I was glad for this opportunity to hear Burgess speak his thoughts on the upcoming BsUFA reauthorization and the role of Congress in furthering the BPCIA.

In my previous article on Senator Cassidy, I argued he would be a valuable asset for biosimilar policy given his background as a gastroenterologist. Well, it turns out Representative Burgess has a similar past. Before he became a member of Congress, he spent upwards of 30 years practicing medicine in north Texas. In fact, he holds the title of the longest-serving doctor in the house.

Because of his long tenure in Congress, he expressed shock that this will be the third user fee reauthorization he will have “lived through.” When the first user fee agreements came before him in 2007, he said, “It seemed like the kind of thing that would happen only once in a lifetime.”

For those in the biosimilar space who are antsy about the timeframe for the reauthorization or the recent change in administration, it’s interesting to look into Burgess’ past experiences with user fee negotiations. In fact, his choice of words — “lived through” — is fitting on several different levels. Based off his descriptions of the different reauthorizations, it would seem there was a certain level of drama prior to each reauthorization.

For example, in 2007, the majority party in Congress switched from Republican to Democrat. This, naturally, led to many questions about how the change in parties might impact the authorization of the user fees. “Even though there were some aspects to the user fee agreements I disagreed with at that time, it got done,” Burgess pointed out.

And 2011 (for the 2012 reauthorization) brought even more turbulence. Disagreements over the debt limit led to a “terrible fight” between parties, which many expected would keep the user fee agreements from being reauthorized. But, despite this speculation, Burgess reiterated that, “We actually got it done way ahead of schedule.” He did clarify, however, that no one remembers the bill signing because it was in the broom closet off the Oval Office due to tensions between Republicans and the president. But at the end of the day, the work got done to ensure the act was reauthorized for the next five years.

As he described, if there is anything he’s taken away from his tenure on the Energy and Commerce Committee, it’s that, “We can occasionally put our weapons down and do the right thing for the American people.”

As more news continues to unfold about the proposed repeal-replace of the Affordable Care Act, once again it seems we are facing a tumultuous time. In order for BsUFA II and the other user fee acts to be reauthorized, Congress will need to come to an agreement and sign off before the end of September when the current acts expire.

However, we’re also in the midst of an interesting situation due to the hiring freeze, which will complicate the FDA’s promises to increase staffing of the biosimilar review team. As Burgess acknowledges, and as rumor has it through the industry, Congress must actually aim for a July timeframe to sign off on the user fee acts because of FDA hiring practices and notifications.

In light of the ongoing changes to the Affordable Care Act, of which the BPCIA is part, the moderator for this briefing, The Atlantic’s Joie Chen asked an important question: Has the BPCIA undergone any changes in the new legislation, and did it need to be changed?

Though Burgess did not comment on whether he expects the Act will be changed in any future versions of the ACA, he expressed hope the BPCIA will become more efficient in the next five years of BsUFA II.

But when it comes to what parties are responsible for bringing about this efficiency, he suggested this falls under the agency’s purview, rather than the subcommittee’s. “The user fee agreements are struck between the agency and the industry, and the subcommittee’s role is to oversee and ratify that process if it’s found acceptable,” he explained. Burgess is cognizant of the frustrations that can occur between the industry and the agency. “But we also can’t have members of Congress deciding which biosimilars get approved and brought to the market,” he joked.

The main takeaway from the Energy and Commerce Committee hearing a few weeks ago was that more needs to be done to ensure a larger number of biosimilar approvals. Since the launch of BsUFA in 2012, there have been four approvals. But only two have since made it onto the market. As Burgess said, “If we’re going to make a difference, more biosimilar approvals have to occur.” As such, moving forward, the agency (and industry) can expect the subcommittee will be looking for a significant increase in biosimilar approvals on the next BsUFA “report card.” After all, the biosimilar pathway was not established to be “a clever exercise to create biosimilars. We’re doing this so the effect on the market will be that we can treat more patients for less cost. That’s the goal we have to keep in mind at the subcommittee level.”