Could This Stakeholder Lead The Biosimilar Charge? 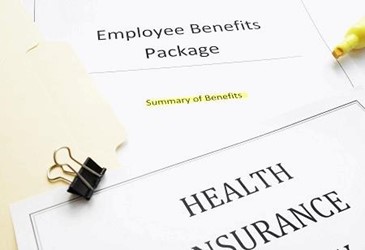 A few weeks ago, I wrote an article highlighting my key takeaways from the 2018 CBI Biosimilars Summit. What I particularly enjoyed about the conference this year (and last year, for that matter) was the attention paid to perspectives that aren’t typically covered at other conferences. The two most notable panels from this year’s event were the wholesaler’s perspective on supplying products to market and the role employers could play in leading the biosimilar charge.

To this day, when we think about the success of the U.S. industry, many have predicted payers will be the stakeholders to carry biosimilars across the finish line. But as the past few years — and the Pfizer vs. J&J anti-competition lawsuit — will attest to, this has not turned out to be the case, and it’s looking to be a slow journey until we begin to see greater support from the payer community.

This realization, however, leaves the biosimilar industry asking an important, somewhat nerve-wracking question. Tom Koenig, executive director of biosimilar market access for Boehringer Ingelheim, put it best in his presentation: “Who is going to be our enabler in the biosimilar space?” When generics first arrived, pharmacies were the primary muscle that helped bolster uptake. Thus far in the U.S. biosimilar space, though, we haven’t seen any drastic movement from patients, physicians, or pharmacists. And based on current trends, it’s likely not going to be payers either — at least not immediately. That introduces another stakeholder I’ll admit I’d never considered before. “Could the employer be the biosimilar industry’s enabler?” Koenig asked.

There are a number of ways this could be feasible. Large employers could include biosimilar education in their wellness mailings to employees. Similarly, given an overarching lack of transparency in the current rebate system, there could be a way biosimilar manufacturers could contract directly with self-funded employers. This doesn’t necessarily mean the pharmacy benefit manager (PBM) would be excluded from the contracting process. But, as Koenig said, this could evolve into a three-way conversation among employer, PBM, and manufacturer in an effort to share risk and drive greater transparency.

But in order for the industry to see movement with this stakeholder, it’s important to look into employers’ current relationships with biosimilars. Over the past few years, the biosimilar industry has strived to understand how physicians and patients approach biosimilars. If employers are going to lead the biosimilar charge, it’s important to get a better sense of their priorities. Luckily, there is already work being done by one organization to get the word out about biosimilars. Tiffany McCaslin, senior policy analyst, for the National Business Group on Health (NBGH), shared how her organization is working to introduce biosimilars into employers’ vocabulary and encourage their inclusion in health plan negotiations.

How The NBGH Is Educating Employers About Biosimilars

For those of you who may be unfamiliar, the NBGH is a nonprofit organization whose membership comprises 425 large U.S. employers, with 73 members of the NBGH’s members belonging to the Fortune 100. These employers typically have 10,000+ employees. Unlike many of the trade organizations in the pharmaceutical industry, however, the NBGH spends very little time lobbying. Rather, the group’s purview is to work with benefits teams or individuals working on benefits committees and/or managing a company’s wellness program. “Some teams may have 15 to 20 people, but often you find one person managing payroll, wellness, benefits, and leave, so there are varying levels of sophistication in terms of how employers manage their health plan design,” McCaslin described. As such, most large employers choose to outsource formulary and plan design decisions to a third-party administrator (TPA) or a PBM. As such, the NBGH has been working to educate this particular constituency of people.

It should come as no surprise that NBGH member companies pointed to specialty pharmacy and high-cost claimants as the top two drivers of their medical trends. According to an NBGH survey McCaslin shared during her presentation, pharmacy management techniques have been the most commonly used tools for companies to control rising health care costs. But given the promise of biosimilars, the NBGH has made educating about them a top priority. “We’re a big fan of biosimilars,” said McCaslin. “We want to be effective in driving a solid market, and by and large, the NBGH has been supportive of traditional and specialty competition.”

To get the word out about biosimilars, the organization not only put together two popular and successful educational webinars about biosimilars (with a third forthcoming), but it also created a phone guide for its members with help from several biosimilar companies. This phone guide serves as a resource for benefits employees to help direct and inform their conversations about biosimilars when talking with their PBMs and TPAs.

For instance, an area employers need to keep tabs on moving forward is how their vendors — the PBMs and TPAs — are working with providers, and especially providers that may not be stocking biosimilars. Similarly, McCaslin has heard some PBMs and TPAs are not technologically prepared to support biosimilars. As such, this needs to be a line of inquiry for businesses as they’re renegotiating their contracts. “We want employers asking their vendors what they’re doing, and if they’re not technologically ready for biosimilars, ask them why and when they anticipate they will be ready,” McCaslin said.

The NBGH has also compiled a list of recommendations for employers aimed at helping them better understand the impact biosimilars could have on their population and their overall healthcare costs. Indeed, one of the first recommendations is for companies to review both pharmacy and medical benefit claims with their PBM or TPA to determine how many employees use biologics and how big an impact biosimilars could have on their cost savings. This will also involve a discussion with the PBM or TPA about the lowest-net-cost biologics options.

However, the NBGH has encouraged employers to favor the biosimilar when they’re placed in the same formulary tier as the reference biologic. “It came to our attention while working with biosimilar manufacturers that biosimilars are being called specialty products, so in many plan designs they’re being lumped into the specialty category, in turn, eliminating incentive for a patient to ask for a biosimilar,” McCaslin explained.

There have been some efforts and discussion on how to create greater incentive, given the current disadvantageous formulary structure. One of these strategies I’ve discussed before has been the development of a biosimilar tier, which could offer patients a decrease in their out-of-pocket costs by choosing the biosimilar. Similarly, the NBGH has recommended that its members create a separate two- or three-tier plan design for preferred and non-preferred biologics and specialty drugs. Each organization would also have to consider how to provide financial incentives so patients would see additional benefits in switching from a reference product to a biosimilar. For instance, this could mean giving patients a break on their coinsurance when they switch to a biosimilar or capping their out-of-pocket costs for biosimilars anywhere from $100 to $250.

These cost differentials could be an important tool to encourage patients to switch to the biosimilar, especially given the natural hesitance against switching. McCaslin acknowledges it’s still early for biosimilars, but with more time and experience, she’s optimistic switching will become more common. In the meantime, NBGH is actively working with several manufacturers to start getting the word out to their members about beginning biosimilar conversations. And McCaslin remains open to hearing more from the industry in terms of what the NBGH can do moving forward.

“What are some other angles at which we can approach biosimilars?” she asked. “Are there plan design innovations we’re not thinking of? Are there ways manufacturers and employers can communicate more openly? We’re ready to hear it.”