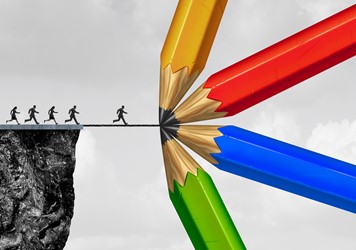 A few weeks ago, I had the great fortune to be invited to Pittsburgh to moderate an event hosted by the Pittsburgh Business Group on Health (PBGHPA). The goal was to bring together a group of employers to discuss current drug pricing challenges, formulary decisions, and strategies for managing healthcare. Those of you who are regular readers will know that, over the past year or so, I’ve made it a goal of mine to connect with several different employer organizations to discuss the impact employers can have on biosimilar uptake as well as how these organizations are working with and educating their constituents. (For those just tuning in, here’s a link to a past Biosimilar Development newsletter specifically focused on a few of my more recent writings about employer coalition efforts.)

This event was valuable for several reasons. First and foremost, it not only brought employer coalitions to the table, it also united a highly engaged group of employers from across the U.S. While we talk about drug spending, there’s often little acknowledgement of the employer, which shoulders much of the healthcare cost burden. During the several hours we had together, we discussed these employers’ concerns about unmanageable specialty drug costs, biosimilar education needs, and their questions about integrating biosimilars into their health plans. In addition to educating employers about biosimilars, there was also a presentation and discussion introducing many in attendance — including myself — to the emerging world of gene therapies.

In this first of what will be two articles delving into the insights shared at this roundtable, I’ll share my thoughts on which types of biosimilar-related knowledge will be most valuable to employers. Though this event encompassed a small cross-section of employers, the discussions and questions asked revealed the topics that need to be considered, reiterated, and regularly reinforced.

It sometimes feels that there’s no shortage of talking about the need for education in the biosimilar space. If there was one point I took away from the employers in the crowd, it’s that there is still a long way to go with education, and we shouldn’t be afraid of repeating ourselves when it comes to relaying information about biosimilars.

As I’ve learned in the past and which was reinforced at this recent event, employers are particularly hungry for this information — not only because of the concerning costs of specialty drugs, but also because they’re not hearing from their consultant partners about the role biosimilars could play in managing their specialty pharmacy spend. Perhaps the largest source of information employers currently have is from their pharmacy benefits manager (PBM) partners; however, based on the struggles biosimilars have faced to simply get onto (or even stay) on payer formularies, information from PBMs is typically taken with a grain of salt.

As Diane McClune, VP of the PBGH, shared, “PBGH’s employer members are seeking reliable and unbiased sources of information on the impact biosimilars can have on high-cost brand biologics. The organization strives to be one source of this necessary information for its members. However, the manufacturing community can also play an important role in these educational efforts.”

Based on the questions asked and the topics discussed, there were a few basic biosimilar areas I felt were ripe for greater educational attention from both biosimilar manufacturers and employer coalitions in order to best arm employers with biosimilar knowledge.

As I mentioned above, one of the key stumbling blocks is that employers are not hearing about biosimilars from their healthcare partners (outside of PBMs). While an employer can take biosimilar knowledge to their consultant partners, there is also an expectation that consultants will be coming to the table informed about treatments and strategies that can better reduce overall specialty spend. As one employer mentioned, they often feel as though they are learning about biosimilars at the same time as their partners. Many of these consultants are employed by large broker or consulting groups as well as small to mid-size firms, all of which can and should be targets for biosimilar manufacturer educational efforts moving forward.

“Consultants need to take a more active role in disseminating information to their clients,” one reference consultant partnering with PBGH shared. It was evident that this was an area of concern for employers. The information must be balanced amongst all the different stakeholders, including the manufacturers, PBMs, employer coalitions, and proven best-case practices.”

As can be expected, this disconnect and knowledge gap is likely to be hardest for small- and mid-sized employers to manage. While large employers have bigger teams dedicated to managing healthcare benefits, many of the smaller employers rely on one or two professionals who have other tasks on top of managing their population’s healthcare. For example, one mid-sized employer present at the Pittsburgh event shared they have a basic awareness of what biosimilars are and that they’re on the market to lower overall costs. However, a majority of effort is spent on teaching the company’s overall population about the general costs of specialty meds and the impact of those costs; biosimilars are still too niche in the grand scheme of things, at least for now.

For manufacturers and coalitions, it will be critical to focus efforts on mid-size employers (and particularly their consultants, if possible). As another member of a mid-sized organization emphasized, manufacturers and coalitions should not be afraid of repeating biosimilar information regarding where the industry currently stands. (In a former article, one coalition provided some great tips for manufacturers on how and where they can best reach employers.) Because it typically takes more than one voice to move a company and its healthcare initiatives forward, one employer in the audience spoke about the value of infographics in boiling down the most important information and making it relevant for a wider population within a team or company.

Similarly, employers expressed interest in knowing more about proposed drug pricing legislation. In fact, the discussion during the day veered into the realm of the (now-defunct) safe harbor rebate proposal, the International Pricing Index, and other pricing-related legislation. Given how rapidly the administration has been churning out pharmaceutical-related legislation, it could be good practice to ensure employers know which proposals will be most applicable to their spending challenges and the tools with which they use to impact that spending (i.e., biosimilars).

Stay tuned for a forthcoming article in which I’ll continue to unpack some of the greater systemic challenges that are keeping employers from being able to embrace both biosimilars and gene therapies.