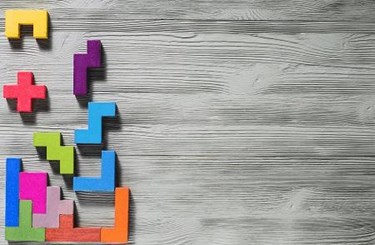 Major regulatory agencies, including the FDA, European Medicines Agency (EMA), Health Canada, Australia’s Therapeutic Goods Administration (TGA), and Japan’s Pharmaceuticals and Medical Devices Agency (PMDA), have released guidelines on biosimilar development. In most cases, these guidelines are quite similar. But there are some differences that can challenge companies looking to have their biosimilars approved in these different countries.

At the DIA Biosimilars 2016 conference, experts from Health Canada and the FDA shared how the interest in global development has sparked many questions about regulators’ flexibility when it comes to clinical trial development, study requirements, and statistical analysis. Leah Christl, associate director for therapeutic biologics in the FDA’s Office of New Drugs, said the FDA has faced an increasing number of requests to follow non-U.S. guidance on biosimilars.

Given the emphasis on global biosimilar development, companies naturally want to maximize the data they have. As such, there are several best practices companies can employ, as well as several initiatives the FDA and other regulators are involved in, that could lessen these global development growing pains.

Biosimilar Makers Can’t Miss The Forest For The Trees

One of the biggest mistakes a biosimilar company can make is not envisioning the future of its candidates in the global market. Though a company might not be planning to have its biosimilar approved in a certain global region for several years, it should still interact with that region’s regulatory agency early in the development process.

“It’s important to get the input and advice you need at the different development stages, even if you’re not going to be seeking an approval or launching in a particular region for several years,” said Christl. Companies that don’t continuously integrate advice from various regulators throughout development risk having to provide additional data when they finally approach that regulator for approval.

It’s also in a company’s best interest to share and discuss the feedback they receive from each regulatory agency. As a company uncovers differences in scientific advice, it’s crucial to come up with a plan to address and manage those differences. A regulatory agency has a better chance of addressing concerns about those differences in advice when the drugmaker is transparent and asks targeted questions. As Christl said, “You have to be your own development advocate. This is your program. You have more information than anyone. It’s incumbent on you to make sure you’re asking the questions and getting the advice you need.”

What The FDA Is Doing On The Global Front

The major regulatory agencies also have a few tricks up their sleeves to promote more seamless scientific discussions and overcome differences. One of the most important of these efforts is the biosimilars cluster, which comprises the FDA, EMA, Health Canada, and the PDMA. Through this cluster, regulators from these four agencies meet three times a year to share information and discuss development challenges (as permitted under the intra-agency confidentiality agreements). The group was formed to promote global development of biosimilars. “The EMA’s authority was passed in 2004, and they had biosimilars before the U.S. even had legislation. The FDA wanted to connect with the EMA, as well as Health Canada and PDMA in order to support the ongoing global development of biosimilars,” Christl explained.

As all four of these agencies begin to get applications for specific programs at the same time, the cluster has begun to focus more closely on the scientific and regulatory issues that might arise when reviewing these programs.

We’re all familiar with the term “harmonization.” But instead of striving for regulatory harmonization, the cluster is driven instead toward attaining scientific alignment. “The FDA avoids using the word ‘harmonization,’ because ‘harmonization’ often connotes shared documents and guidelines,” she explained. Rather, the goal from the outset, according to Christl, was to tackle and align the scientific knowledge surrounding biosimilar reviews.

This scientific alignment is exemplified through another joint program between the FDA and EMA, which was established to provide parallel scientific advice. Because these meetings are resource-intensive and difficult to schedule, Christl urged drugmakers to go to the agencies separately for their initial meetings before requesting a parallel scientific advice meeting. The FDA ultimately wants the parallel scientific advice meeting to be an opportunity for regulators to meet and discuss their differences in opinion on a specific issue within a development program. Both agencies would individually discuss the package and then meet to discuss prior to a joint meeting with the sponsor. But it is also intended to be a forum for a company to identify key hurdles within a development program and to engage in a discussion with both FDA and EMA regulators to move past these challenges.

Christl couldn’t stress enough the importance of homing in on the area of development that needs alignment. “We don’t want you to discuss your entire development strategy — for instance, all of your analytical methods or methods validation,” Christl specified. “We want this to be targeted so you’re really maximizing this discussion.”

These types of meetings might not always result in absolute agreement between regulators, she admitted. But, this proves to be a valuable way for the agencies to note the differences and where they align on the scientific concepts. This process enables the agencies to determine how they can limit the differences between their perspectives, and, in turn, lower the burden on the drugmaker.