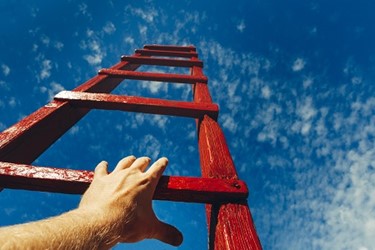 Those of you who are regular readers of Biosimilar Development know that after every conference, I immediately (ish…) share a follow-up article on the overarching themes and talking points I gleaned from the different sessions. But this time around, I wanted to shake-it-up a bit and start by sharing some of my main takeaways specifically from the keynote address given at the 2019 DIA Biosimilars conference by the FDA’s Janet Woodcock.

This year, I was honored to be appointed a member of the conference’s planning committee and to chair two sessions on the first day. Many of you may be familiar with DIA’s focus on scientific and regulatory development, but the biosimilar market access challenges we’ve been facing in the U.S. prompted a slight shift in the conference’s purview. Day one was dedicated to panels on increasing knowledge about and access to biosimilars in the U.S., while day two was a classic, deep dive into the scientific and regulatory issues that impact everything from company business strategies to market access.

We’ve come to that point in the industry when the frustration surrounding drug pricing, biosimilar access, and the U.S.’ lag in biosimilar experience compared to Europe has come to a head. There have been several pointed editorials calling into question the need for a biosimilar industry in the long-run. In response, even more outcries were published articulating why it’s still too early for such a drastic move, especially because a functioning U.S. biosimilars industry will be critical for global biologics access. As you can imagine, the FDA is well aware of these arguments and, throughout her keynote address, Woodcock continued to beat the drum about the global importance and worth of pursuing biosimilar development.

The statistics she shared were reassuring; there are currently 83 biosimilar development programs registered with the FDA for 38 different biologic drugs. Similarly, in a discussion on the current status of the EU biosimilar industry, a member of the European Medicines Agency’s (EMA’s) Biosimilar Medicinal Products Working Party (BMWP) shared that the agency is working with sponsors on biosimilar programs for orphan disease populations, disease prevention, pediatric use, biologics with marginal effects, and combination treatments, among others. This type of intel goes a long way to assuaging the concerns many have had surrounding investment interests in the future waves of biosimilar development.

I’ve been to many conferences featuring keynotes from FDA officials, and there’s been much written — including this recent article by former commissioner Scott Gottlieb — about how the agency sees the biosimilar regulatory requirements evolving. But while in his recent article Gottlieb may have expressed skepticism we’ll see major changes to the clinical component of the biosimilar development pathway, Woodcock’s DIA presentation exemplified what I found to be a strikingly different attitude about the future possibilities for biosimilar development.

Biosimilars As A Biologics Teaching Tool

We often refer to biosimilars as a critical support system for innovation, primarily because they free up healthcare funds providing greater access to existing innovative treatments and new therapies. But I think even less attention, sadly, is spent on what the development of biosimilars has meant overall for the pharmaceutical industry’s and FDA’s knowledge of biologics.

At a conference four years ago, I heard Woodcock say that many of the originator products approved years ago weren’t quite what the agency thought they were from a molecular standpoint when they were first approved. Of course, these products went through the necessary clinical trials and for decades have demonstrated life-changing safety and efficacy for patients globally. But over the past ten years — and longer — as companies have begun developing biosimilars, analytical technology and our knowledge of the molecules have improved by light-years. This doesn’t just mean we will have better biosimilars, but it also means we’ll have better biologics.

In the earlier days of their development, many of the reference product molecules had characteristics that went unnoticed and unmeasured because of technology limitations. With the improvements in technology, we’re better able to see how those critical quality attributes (CQAs) shift overtime within the molecule and the ranges within which biosimilars must remain to be considered highly similar. Now, as has been discussed at length among regulators on other industry panels, there remains the ongoing challenge of determining just which CQA’s need to be more tightly controlled — a great example of this being what turned out to be a clinically meaningful shift in Herceptin’s ADCC CQA following a routine manufacturing change. (It’s my understanding that this change has since been corrected after Samsung Bioepis’ biosimilar comparative efficacy trials uncovered this difference in a few lots of the brand.)

Woodcock acknowledged we will never have an atom-by-atom understanding of a biologic like we would of a small molecule, especially because of glycosylation (the sugars attached to a molecule). However, our increasing knowledge of a biologic’s structure has provided us with tighter quality ranges for each CQA which improves manufacturers’ abilities to control drift over time. As she creatively put it, the agency’s understanding — once akin to a “dense cloud” or “fog”— has clarified considerably, much of it thanks to the development of biosimilars.

Those of you who have been keeping up on all the chatter in the regulatory pathway will understand why her optimism on our movement away from residual uncertainty was exciting to hear. Of course, as was also brought up throughout day two of the conference, patience remains a virtue in this industry given that regulators within an agency can vary in terms of conservatism.

Overall, it’s great that these discussions are occurring, but as an industry, it’s critical we continue to discuss evolutions openly and push for regulators to evaluate the scores of data they have already approved for new learnings. In fact, a great and important example of this was published in BioDrugs the Friday before DIA by the EMA’s Elena Wolff-Holz. In fact, Woodcock’s discussion nicely parallels Wolff-Holz’s conclusion that characterization technology advances and better understanding of pharmacology and disease pathogenesis will continue to promote reductions in clinical data requirements.

Challenges For The Future

Overall, Woodcock remained optimistic about the fate of the biosimilar industry. I know there is a natural proclivity toward cynicism these days given the pace at which regulations and the U.S. market continues to evolve. Indeed, there remains one big issue that Woodcock indirectly addressed in her speech that continues to haunt the biosimilar industry — and that’s the question, what’s in it for the physician and patient to make this change? When asked to explain generics by a government official years ago, Woodcock asked whether their copay was .50 cents or $10 dollars. That equation in a nutshell demonstrates one of the greatest issues the industry faces today as competition amongst biosimilars of the same class is minimal.

Despite the fact that cost-saving incentives are mostly lacking for patients today, there are opportunities in which the biosimilar can add additional value or convenience in administration. Many biologics with biosimilars are currently administered via IV, which not only adds to overall healthcare costs but also inconveniences patients. We’re all more than aware of the work innovators have done in recent years to extend the value of their originators with new and improved devices and administration methods. But as a great article from The Center for Biosimilars explored, the device is one of the ways the biosimilar industry, too, can innovate.

As Woodock highlighted briefly, there still remain some unanswered questions around the impact these innovations could have on the regulatory review of products. After all, the U.S. biosimilar pathway specifies that the route of administration, along with dosage form and strength of the biosimilar, must be the same. But we’re also seeing some interesting innovations entering the market — for instance, Celltrion’s approval of a subcutaneous version of Remsima. Seeing as the originator Remicade is not available subcutaneously, this is a brand-new offering on behalf of a biosimilar company. As Woodcock said, the biosimilar legislation does not have a “biobetter” provision, though she advocated for one originally. As such, she envisions that new delivery systems and routes of administration will be a challenge for biosimilar competitors in upcoming years.

In the weeks and months ahead, I’ll continue to cover the many detailed, dynamic discussions that occurred at DIA. Stay tuned!