FDA, USP Debate Standards: How Could This Impact Biosimilars? 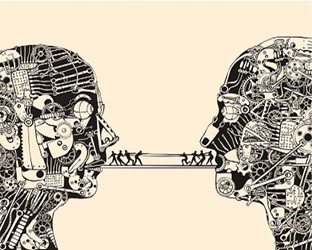 Recently, I published an article unpacking the ongoing debate about the role of standards in biologic/biosimilar development. In that article, I introduced what is likely to be a household name to many of you on the development and manufacturing side of pharma: the U.S. Pharmacopeia (USP). Over the past (almost) 200 years, USP has published monographs and general chapters to encourage consistency and quality in drug development. These standards are widely recognized and legally required to be met for marketed drugs.

However, debates on just how important these standards are in the biologics space have become more intense following the release of the Senate’s Health, Education, Labor, and Pensions (HELP) committee’s legislation which, among other things, homed in on biologics innovation and competition. This may sound all well and good, but certain language within the legislation stands to make all USP compendial standards optional for biologics developers to follow.

In response to this legislation, the FDA has released several pointed statements arguing in favor of this move to keep USP monographs (or product-specific standards) out of the biologics space. While the agency favors the use of USP monographs in the small molecule space, it argues biologics manufacturing is too complex to allow for monographs without negatively impacting competition or innovation. Given the FDA’s (and almost everyone else’s) hope to see the biosimilar market grow, the agency also argues that relying on USP standards not only will harm innovation but could slow down and even bar biosimilar market competition.

In my previous article, I examined the types of standards USP publishes, as well as laid out the FDA’s arguments against reliance on monographs in the biologic/biosimilar sphere. Currently, the biologic products that stand to be most impacted by monographs are insulins (which, technically, won’t even be biologics/biosimilars in the U.S. until 2020). According to USP, there are 18 monographs for insulin, and none of the brand biologics with biosimilars today have monographs in place. However, even though the FDA has argued quite passionately against the need for biologics standards, there are several reasons why I hesitate to embrace their arguments that having these standards in place (and requiring they be met) could be harmful to biosimilars.

The Impact Of Standards In EU Biosimilar Development

Throughout the FDA materials, there’s a clear effort to present itself as the “gold standard” behind the regulation of biologics and biosimilars. And there are elements of the agency’s discussion that, as a writer in this tumultuous space, I can truly appreciate — particularly its “defense,” if you will, of competition. We are painfully aware of how difficult a road it has been to get biosimilar products onto the market efficiently. Outside of patent litigation, there have been systemic barriers and company-related shenanigans making things even more problematic. Hence, I find some of the FDA’s concerns about the potential for innovators to misuse monographs worthy of (some) discussion. The agency has not been shy in recent years about making sure biosimilars are reviewed and approved as efficiently as possible to eliminate additional access barriers.

However, there are also a few elements to the FDA’s discussion that gave me and several others pause — particularly the argument that quality standards would harm the biosimilar industry. If we look at the U.S. biosimilars market, a majority of the marketing delays aren’t actually occurring on the regulatory approval side of things; they have to do primarily with patent litigation, which is a whole other can of worms. (And don’t get me started on the payer side of things…) It hasn’t been an easy journey for the companies seeking FDA approval for their biosimilars, but I expect we’d be hard-pressed to find arguments that compendial standards kept quicker approvals at bay.

In fact, as one whitepaper by USP revealed, 51 biosimilars that have been approved in the EU list European Pharmacopeia (EP) and international public standards in their marketing applications. One biosimilar for Neupogen actually earned approval following the company’s move to comply with EP potency standards, which had been a lingering clinical concern about the molecule. Other EU-launched biosimilars that have been faced with and progressed successfully out onto the market despite the presence of monographs include biosimilars for growth hormone, epoetin, filgrastim, and insulin.

In light of the successes of the biosimilar industry overseas, the white paper argues that standards actually play a beneficial role in bringing more competition to the market as opposed to limiting it.

We can, of course, elaborate upon the importance of standards for drug safety and quality. But as the EU experience suggests, there’s another practical reason for the implementation of standards in the biologics industry. We talk a lot about how we can avoid “reinventing the wheel” as biosimilars enter different nations. Having public quality standards takes away some of the developmental burden for manufacturers and eliminates the need to play guessing games about what data are required for the specific molecule. Though there are a number of public standards available for biosimilar companies to use, there are still procedures and tests that don’t have an established standard. In situations such as these, biosimilar companies are responsible for coming up with their own, which, in turn, can introduce challenges with consistency during the comparability exercise. This not only increases development time but can lead to redundancies in the development process for each specific biosimilar molecule.

But on the flip side, the procedures manufacturers have to come up with themselves does leave the door open to innovation. As the USP whitepaper emphasized, though regulators ask to see international compendial standards used when possible, there are still opportunities present for companies to create their own in-house standards and, in turn, to innovate.

The FDA has expressed strong support for standards in small molecule development, as the simpler development process is well-suited to standardization. In fact, the FDA and USP are currently collaborating on the Pending Monograph Process (USP PMP) to make the small molecule generic approval process more streamlined when the originator product has a monograph in place. The FDA just recently released a draft guidance on this process entitled, Harmonizing Compendial Standards With Drug Application Approval Using The USP Pending Monograph Process Guidance For Industry.

This procedure is to be used in cases where a small molecule generics maker is seeking FDA approval but does not meet certain requirements in the originator’s monograph. Historically, the manufacturer of the generic could not propose a change to the existing monograph without approving its generic first (and without meeting the monograph standards, it wouldn’t be granted approval). In these cases, the generic maker had to go back and redo certain procedures to meet the originator’s monograph standards. This would inevitably lead to delays in generic approvals and competition.

That’s why the FDA and USP have begun implementing the USP PMP in which the generic maker can propose a revision to the original monograph during the FDA’s review process. Following the FDA’s final thumbs-up of the abbreviated new drug application (ANDA), the monograph will be officially revised to incorporate the generic’s alternate testing procedures and materials into the standard.

This collaborative effort makes me hesitant to accept the FDA’s argument that “inflexible” biologics standards would be a dead-end for biosimilar sponsors. While I, of course, acknowledge the complexity of biologic development, part of me is left wondering why such a process that is being implemented in the small molecule realm would not also be applicable in the biologics space. In fact, the argument could even be made that introducing the same USP PMP in the biologics space would enable biosimilar makers to innovate and propose alternative, scientifically justifiable procedures, revising any monographs that may already be in place. This process would be the solution to any of the concerns the FDA has about innovators inserting patented procedures into their product monographs or about delayed biosimilar approvals.

It’s also important to note that, though the FDA’s concerns appear limited to monographs, all compendial standards have been put at risk due to the HELP legislation. Even should the language in the legislation be changed and compendial standards remain required for biologics, I’d still emphasize the living nature of all standards, including monographs. From conversations I’ve heard in the past, there is, slowly but surely, a movement afoot to evolve monograph standards in the U.S. to be less product focused and more broadly applicable to the technologies that can be used to guide development across drug categories. (Please note that, in the EU, the term monograph is already being used in this way; in addition to having monographs for specific products, there are also general monographs that are broader reaching, like those of USP’s general chapters.) Instead of stipulating specifically what must be done, this broadening of standards would allow the manufacturer to pick its own path, if you will, and the standards would outline the best tools with which to accomplish that task.

Overall, my greatest hesitance about the FDA’s argument against biologics standards has to do with a mindset that is starting to be heard more often and one which I find troubling: this notion that the biologics market does not nor cannot function within (some of) the scientific or commercial structures we already have in place. Of course, aspects of any market need to change over time, and the biosimilar industry is no stranger to this need. I can also appreciate caution when it comes to protecting competition, especially given the challenges we’ve faced with this thus far. But I also feel that caution encourages a more black-and-white mentality which can get us into trouble — take for instance, this article arguing that biologics are a natural monopoly and, because of that, biosimilars should just bow out gracefully. (Thank heavens several other economists shot down this problematic argument just a few weeks ago.) I would be severely disappointed to see the same black-and-white logic applied to the role of standards in biologic development, especially as the biosimilar industry strives to implement more efficient development protocol in the long-run.