In the fall of 2014, news of the Ebola crisis dominated headlines. In response to this health emergency, a number of biotech companies entered the spotlight boasting vaccine candidates. It was during this time that Mapp Biopharmaceutical’s ZMapp, a vaccine created using tobacco plants, became highly publicized for its plant-based development approach. However, Mapp was not the first player to replace mammalian cells with tobacco plants in biologic drug development. PlantForm, a Canadian biotech, had also turned to tobacco plants to create monoclonal antibodies and proteins to treat cancer, HIV/AIDS, Ebola, and other diseases. Included in its portfolio are three biosimilar candidates for Herceptin (trastuzumab), Avastin (bevacizumab), and Humira (adalimumab). The company’s trastuzumab biosimilar, which is the furthest along in development, is expected to enter clinical trials in 2018. 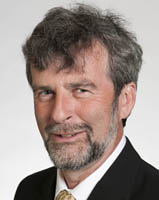 As the company’s CEO Don Stewart describes, when the company was formed, he, along with the inventor of the company’s technology, Dr. Chris Hall, and Dr. Mark Goldberg, determined this technology would be well suited to biosimilar development. He says, “We knew the cost to bring biosimilars to market is much lower than the traditional, innovative drug. The risk is lower, and the timelines are shorter as well. It made sense to produce biosimilars in a low-cost, plant-based system since a large quantity of these drugs are needed.”

Manufacturing a biologic begins with a gene. This gene is inserted into a bank of cells which could be mammalian, bacterial, or plant cells. These cells then go on to create the desired protein. Following this process, the company then extracts and purifies the biologic. Creating a biologic from mammalian cells requires a facility with a great amount of fermentation equipment, as well as advanced technical systems to control factors like oxygen levels, water, steam, and temperature.

The layout of a plant-based facility, on the other hand, is much simpler. As Stewart describes, PlantForm grows all its tobacco plants inside in a controlled environment. The company is currently moving from lab-scale research in a greenhouse to a vertical farming system. Each tray contains roughly 120 tobacco plants, which are grown hydroponically. Upon entering a plant-based manufacturing facility, “You’d find perhaps 10, 12, or even 20 layers of plants growing on top of one another,” Stewart describes. “There’s the hydroponic solution, there are LED lights, and there is a panel for temperature and humidity control. It’s very, very simple.”

The plant-based manufacturing system costs about one-tenth the cost of a mammalian cell manufacturing system. Development time is also shorter — averaging about six weeks. As Stewart describes, the plants grow for roughly four weeks before they are infiltrated with an Agrobacterium solution using vacuum pressure, which enables the plant to draw the solution into its cells. The Agrobacterium contains the gene that will create the desired protein product. The gene, Stewart says, is codon optimized for plants to boost the protein production rate within the plant. Over the course of another week, the Agrobacterium infects the plant, causing it to produce the desired protein. The plants are then cut down, chopped into pieces the size of quarters, and ground up to create a solution. From there, the company purifies the product using chromatography and cross-flow filtration in the same way a company would carry out the mammalian cell process.

The concept of creating biologics from plants has been around for upwards of twenty years. Besides tobacco, companies have worked with safflower, corn, rice, and even strawberries. However, tobacco has become the most preferred plant for companies in the space. Tobacco grows well indoors and it can be grown in bulk on a small footprint. Similarly, thanks to the tobacco industry, there is a wealth of public knowledge on the molecular biology and genetics of tobacco.

Why Is Plant-Based Manufacturing Still A Niche Market?

Roughly 15 to 20 years ago, a large number of pharmaceutical companies raised money to employ tobacco technology in drug development. However this rush did not lead to the success many were hoping for, says Stewart. There were two primary problems with using plants for manufacturing. The first big issue was using the transgenic approach. “Fifteen to 20 years ago, companies were looking at using transgenic plants where you stably modify the plants and grow that one seed which would produce your product,” Stewart describes. “However, these yields could not lead to a commercially viable model.” The arrival of the transient system, which uses the Agrobacterium solution to turn the whole plant, in essence, into a bioreactor, has led to a 1,000-fold increase in production rates.

Glycosylation — the process by which sugars are deposited on the surface of a molecule — was another issue with plant-based manufacturing of antibodies. Plants have a different glycosylation pattern than that on mammalian cells. Though companies have continued to develop drugs using plant-based glycosylation, research carried out in the past decade has revealed a way to create mammalian glycosylation patterns in plant cells. “We can now make a molecule that looks, from the outside, identical to a mammalian cell-produced product. For biosimilars, that’s very important,” Stewart says.

Today, a large number of players in this space are smaller biotechs. Big Pharma, which has spent decades building up expensive mammalian-cell-based facilities, has not jumped into plant-based manufacturing. This isn’t to say, however, this space won’t be fully explored by large companies in the upcoming years. According to Stewart, “We’ve been seeing a lot of interest from Big Pharma in the current versions of these production systems. Over the last few years, we’ve been interacting more regularly with these companies to discuss development or licensing agreements.”

In addition to improved, commercially-viable production processes, the FDA’s nod to Protalix Biotherapeutics’ Elelyso for Gaucher’s disease in 2012 also opened the door. (This drug was produced in carrot cells which were grown in a bioreactor, rather than produced in the whole plant. However, the issues with plant-based manufacturing in general would be the same regardless of if you’re using plant cells or the whole plant was used for production, Stewart describes.) Similarly, Mapp’s Ebola vaccine and Medicago’s progress into Phase 3 clinical trials for its tobacco-based H5 pandemic flu vaccine are increasing Big Pharma’s and investors’ comfort levels.

After all, regulatory procedures for these drugs are not altogether different from mammalian-based drugs. PlantForm, which is still pre-IND, has yet to meet with Health Canada or any of the other major regulatory bodies. At this time, the company is striving to put together a characterization package that demonstrates the quality of the biosimilar in comparison to the brand molecule. Once this data is attained, the company can then approach the FDA and European Medicines Agency (EMA) for scientific advice. However, Stewart says, the company has had discussions at conferences with the plant-based people from the FDA, EMA, and Health Canada. “They’ve all said that what we have to do as a manufacturer is the same as any other manufacturer. Regardless of system, we have to demonstrate that our product is reproducible, safe, and efficacious with each of the guidelines,” says Stewart. “If you’re in the pharma industry, the requirements for plant-based products are what you would expect for any other novel drug.”