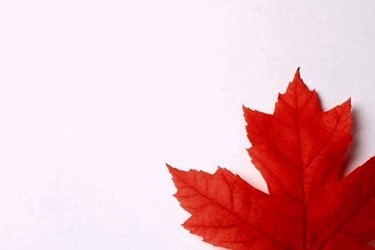 At the DIA Biosimilars 2016 conference, I was privy to updates about the biosimilar regulatory progress of the FDA, Health Canada, and the European Medicines Agency (EMA). Of the three agencies, I found Health Canada’s presentation to be the most interesting, as I’ve come across few insights into the agency’s experience thus far reviewing and approving biosimilars. I’d go so far as to say Health Canada often plays the role of the middle child between the EMA and the FDA, both of which get a majority of media attention.

As Cathy Parker, director general of Health Canada’s Biologics and Genetic Therapies Directorate, put it during her DIA presentation, “I feel really comfortable on this panel, sandwiched between the FDA and EMA in terms of presentations, because that’s the way we often feel in Health Canada. We’re sandwiched between these two, very large regulators and trying to work collaboratively and align with both, while still addressing the unique needs of Canada.”

One of the topics Parker highlighted was the country’s guidance document on biosimilar submission requirements, which was in the midst of being revised while we were at DIA. This revised guidance was released (and garnered some press) on December 2, 2016. Though the revisions were primarily “clarifications,” not major policy changes, some of these amendments provide a glimpse into the more unique aspects of Canada’s relationship with biosimilars.

In Canada, biosimilars are regulated as new biologic drugs. They are reviewed in accordance with the country’s Food and Drugs Act and must comply with Part C, Division 8, Consumer Regulations for New Drugs. And, according to Parker, Health Canada did not have to make any regulatory amendments to bring biosimilars onto the Canadian market.

“We are very fortunate in Canada to have new drug regulations that were deliberately written to be extremely flexible,” Parker described. “We have the flexibility to interpret those regulations based on current science for any particular group of products and to put specifics into guidance.”

There have been, and will continue to be, new classes, groups, and types of drugs emerging over time. As such, the regulator pushes for the same level of evidence from all new drugs: evidence of clinical effectiveness and safety. While Parker acknowledged the future may warrant specific regulatory amendments targeting biosimilar issues, the agency has yet to create any.

Health Canada began working on its biosimilar submission requirements guidance and communicating with the industry in 2005, releasing a draft version in 2009. Though the agency approved its first biosimilar, Omnitrope, in 2009, Parker said there has been an uptick in activity over the past two years following the approval of Inflectra in 2014. The agency has since approved filgrastim and etanercept, as well as the Lantus follow-on biologic Basaglar.

Perhaps one of the most interesting aspects of Health Canada is the attention it pays to the reference drugs’ patents. Though the biosimilar reviewers don’t consider the patent during their review of the application, they will not authorize a biosimilar for market release until they’re assured the innovator’s patents have been addressed.

“Under current Canadian regulations, a manufacturer can file its submission up to two years prior to the reference product’s patent expiry,” Parker explained. “We will proceed with the review of that submission. But if it reaches a decision point, we cannot authorize the product until the patent on the innovator has expired.” Indeed, the regulatory agency did abstain from authorizing one biosimilar for a few months, though she clarified this product has since been approved. “It hasn’t been a long hold period thus far, but it is the reality,” she acknowledged.

Regardless of the long, complicated patent life of biologics on the market, however, Health Canada, like the FDA, strongly encourages early interaction between reviewers and biosimilar makers. The earlier a drugmaker approaches the agency, the earlier the reviewers can be alerted to the differences in scientific advice being given by the other regulators. “Like the FDA, we are also trying as much as possible to harmonize and align the scientific advice we give to companies,” said Parker. Hence, Health Canada’s establishment of a scientific advice meeting program for biosimilars to encourage consultations earlier in the development process.

In 2015, Health Canada began revising its “Information and Submission Requirements for Biosimilar Biologic Drugs” guidance. After hearing from 20 different patient groups and companies, the regulators set out to make several clarifications.

Some of the biggest concerns had to do with terminology. Until now, Canada’s official term for biosimilars was “subsequent entry biologics.” Though this is still a familiar term for anyone working in the biosimilar industry, Parker acknowledged it was slightly outdated. Health Canada selected the term when biosimilars had a variety of different names. For instance, they were referred to as “similar biotherapeutic products” in the EU and “follow-on proteins” in the U.S. “We are now transitioning to the word ‘biosimilars’ as a result of international alignment,” said Parker.

“Extrapolation” was another term that raised eyebrows. (That said, concern over this term isn’t unique to Canada; certain stakeholders in the U.S. have had their own difficulties understanding the concept. Take, for instance, Sandoz’s explanation of the term in its etanercept FDA AdCom.) To emphasize that extrapolation is based on totality of evidence rather than just clinical trial data, the agency changed the title of section 2.3.4 from Extrapolation to Authorization of Indications.

In Canada, we get a view of both worlds. Health Canada requires all products to have a “product monograph,” which contains several types of information. Like biosimilar labels in the U.S., a biosimilar product monograph must contain a statement clarifying the treatment is a biosimilar to a reference product. Safety information, precautions, adverse drug reactions, and any relevant indication-specific warnings are lifted from the reference product label.

The biggest difference, however, is the inclusion of comparative data in the biosimilar label. “We require specific information about the studies that were used to show the biosimilar is, in fact, a similar version of the innovator,” Parker explained. “This data is then included in a table comparing results between the biosimilar and the reference product.”

(For those interested in more information, this article provides a nice breakdown of the changes not mentioned in this article.)

Where Does Canada Stand On Interchangeability?

Though Health Canada does not currently have a section of its guidance dedicated to interchangeability, Parker said the agency might determine the need for one in the future. For now, Health Canada has come out against automatically substituting biosimilars at the pharmacy level. After all, as Parker stated, “Regulatory authorization by Health Canada is not a declaration of equivalence.”

That said, however, there is separation between the federal government and the provinces. Though the government regulates the safety, quality, and efficacy of medications, the distribution of these medicines is determined on the provincial level. “The provinces have total authority if they want to use biosimilars interchangeably,” she said. But the desire for scientific reasoning and guidance from Health Canada has tempered the provinces’ desire to institute automatic substitution.

Unfortunately, the provinces are likely going to face a longer wait for this guidance. The FDA recently announced — to no one’s surprise — that it would be delaying its own interchangeability guidance until 2017.  This will likely delay Canada’s actions as well, because Parker expects the FDA’s guidance to play a big role in developing Health Canada’s views on interchangeability.

“We are very eagerly awaiting the publication of the FDA guidance in this area,” Parker said. “We want to be aligned as much as possible as we look into addressing interchangeability.”

Each province is responsible for delivering healthcare to its citizens. But to ensure citizens throughout the country are able to access the same medicines, the provinces work together through the Pan-Canadian Pharmaceutical Alliance (pCPA). By joining forces, the provinces are able to negotiate for lower and more consistent drug prices across the country.

In April 2016, the pCPA came out with several principles for negotiating the purchase of biosimilars and their reference products. These principles emphasize, first and foremost, consideration through the national pCPA negotiation process, rather than through individual negotiations. As is to be expected, a biosimilar will only win the Alliance’s favor should it offer a noticeably lower price. But what’s particularly notable about these principles is the pressure the Alliance places on reference biologic manufacturers. Companies approaching the pCPA with a reference product are required to provide a product that will add value to the drug plan without raising healthcare costs for individual jurisdictions. They are also required to provide similar or even greater reductions in price for their reference product if the company wants the biologic to be given an equivalent listing status compared to the biosimilar.

“That is not the intention,” she clarified. “The intention is to have a number of products available for use in particular indications. But we want to make sure that one product is not being purchased at an economic disadvantage to other products.” This is especially important since any savings garnered from these negotiations can be used to fund the purchase of innovative drugs.

So far, this system has encouraged more pricing competition between biologics and biosimilars. A biosimilar’s arrival on the market has spurred reduction in the price of its reference product. Health Canada isn’t responsible for pricing. But to Parker, determining how biosimilars fit into the whole healthcare system is just as important and interesting as regulating them.

“It’s one thing to develop and authorize biosimilars,” she argued. “But how do you get them into the system and into medical practice? These negotiations play a key role in that process.”