How Biosimilars Are Challenging The FDA Beyond The Science 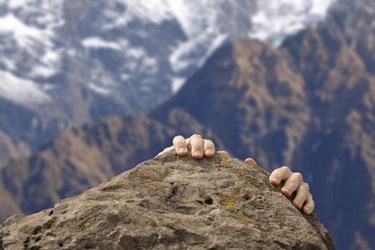 Update: Since this article was published, the Supreme Court has made its final ruling on Amgen v. Sandoz. As such, some of the opinions expressed within the second half of this article will be dated. However, the concepts discussed in that section overall are still quite relevant to the biosimilar industry, post-Supreme Court ruling.

Over the past six months in the U.S., there have been more questions than ever about the importance of strict regulations and the role the government should play in citizens’ lives. The election of Donald Trump as president highlighted the public’s lurking distrust of politicians and of “business as usual” within the government.

Following Trump’s entrance to the White House, federal agencies, including the Environmental Protection Agency (EPA), the NIH, and even the FDA, became subjects of heightened scrutiny. In addition to threats of FDA and NIH funding cuts and renegotiations of already-renegotiated industry user fees, the lineup of potential candidates to lead the FDA was even more concerning. (Thankfully, Scott Gottlieb’s appointment was an appropriate end result.)

Overall, it seems the current political administration has embraced any chance it’s had to create upheaval or destabilize government agencies (and the public’s perception of them). But having heard the public’s concerns about the emerging U.S. biosimilar industry for the past two years, it’s unfair to throw all the blame for the seeming discomfort over the FDA and its authority on the six-month-old administration.

There have been many new, innovative treatments that have challenged the FDA scientifically and have impacted industry and public perception of the agency. (A notable incident of this would be the agency’s controversial decision to approve Sarepta for Duchenne muscular dystrophy last year.) But I’d say within the past year or so, biosimilars have taken center stage as the most influential class of medicines challenging how the FDA operates and is perceived. Listening to the diverse membership of the biosimilar industry speak at a number of conferences this past year has raised two questions about the FDA and the overall role it should play — both in citizens’ lives and within the industry.

Question 1: Do We Trust The FDA?

The launch of a new market is an interesting but particularly tense time within an industry and for a regulator. Admittedly, being a product of the late ’80s, I was not around to experience the beginning and rise of the small molecule generics market. Similarly, during the first biosimilar arrivals in Europe, I was in high school, busy writing lengthy and embarrassingly sappy poems about “love” and musical instruments. “Biosimilar” was not yet a word in my vocabulary, nor did I ever expect it would be.

Regardless, having met many experts who experienced the arrival of generics and biosimilars, I’ve heard there was just as much concern about the safety of these treatments and, in turn, many opinions about how they should be regulated. Regardless of the fact these drugs went through rigorous scientific reviews and analytical testing to garner approval, concerns about treatment efficacy often persist. In fact, based on some biosimilar stakeholders’ protests against extrapolation and demands for more data and for interchangeability to be regulated, one could ask, “Do we, as a society, even trust the FDA?”

For biosimilar stakeholders on the manufacturer side especially, I know I don’t need to extrapolate on the safety of biosimilars, as has been observed in the EU and U.S. thus far. At a conference, Janet Woodcock, director of the FDA’s Center for Drug Evaluation and Research (CDER), once shared that many of the reference biologics weren’t quite what the review teams thought they were when they were approved 20 years ago. (And just look at the success stories they’ve become today.) The agency has gotten a much clearer picture of many of the reference molecules thanks to the technologies used in biosimilar development.

There is, unfortunately, no easy answer to the question of whether the FDA is trusted. It will likely vary depending on the stakeholder and their experience with medicines. (In fact, according to the Biosimilar Forum’s widely referenced survey of biologics prescribers, peer-reviewed literature was ranked above the FDA as the most trusted source of information for physicians.)  It’s clear the FDA has been cognizant of patients’/physicians’ (and some companies’) concerns by including suffixes and biosimilarity statements on labels, and regulating interchangeability (quite thoroughly). And building trust in this industry will require providing more information to stakeholders early on in order to bring them on board with biosimilars.

But the seemingly constant need for “more data” implies and reinforces any concerns that the FDA’s current grasp of biosimilarity is not yet to be trusted. Though fears are directed to new classes of treatments, it often seems these fears are not so much about the treatment as they are that the regulator was incorrect in its scientific assessment of the data.

Question 2: Where Does The FDA’s Role In Biosimilars End?

The biosimilar age also seems to be creating an interesting tension between what the FDA has defined as its mission and what others hope will be its mission. So far, the FDA has emphasized its sole focus is the science behind drug development, and this has not changed with biosimilars.

But over the past year especially, I’ve begun hearing suggestions the agency’s mission should be broadened beyond the science. As drug prices continue to hit new levels, I’ve heard arguments that price should also be a determining factor of FDA approval. These claims have been met with pushback from the FDA, which has emphasized it’s not the agency’s duty to work with a company on pricing.

Similarly, during the Supreme Court hearing of Amgen v. Sandoz a few weeks ago, the justices kept circling back to whether the FDA could shed some light on the 180-day Notice of Commercial Marketing issue. This, coupled with the lack of clear stance on where most of the justices stood, has led many to fear the Supreme Court will kick back part or, worst case, all of the case to the FDA. Not only does this go against what the FDA wanted — it originally punted the case to the court — but it also goes against the fact the FDA is not allowed to set law, only interpret it. If the Supreme Court were to throw some or all of the Biologics Price Competition and Innovation Act (BPCIA)- related decisions to the FDA, we’d witness a continued lack of clarity for years, considering more litigation would likely flood forth regarding the FDA’s ability to make such decisions. And, frankly, we’d probably find the case back in front of Congress, once it’s all said and done.

During a panel discussion at the World Biosimilar Congress, one expert interpreted the Court’s enigmatic stance as a sign of “pressure testing” whether the FDA would have the ability to tentatively approve biosimilars. Luckily, this expert also argued that, should the Supreme Court end up punting the case to another party, it would not be to the FDA but to the Federal Circuit.

I daresay most in this industry would agree with me in hoping that, should the Supreme Court be unable to make a decision, the torch shouldn’t be passed to the FDA. I think it certainly speaks to the complexity of an industry when a regulatory agency is invited into discussions about clarifying legislation. But when it comes to building and/or maintaining trust (especially that of the industry), the FDA’s decisions should remain limited to scientific data.