How Kaiser Permanente Built A Biosimilar Empire — The Inside Story 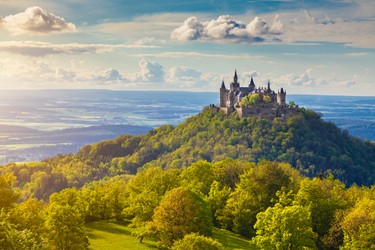 Whenever someone asks for an example of biosimilar uptake success in the U.S., many of us instinctively point to Kaiser Permanente (KP). Four-plus years ago when I started writing about this industry, the fact they’d accomplished over 90 percent uptake of Zarxio within the first year it was on the market was akin to a fairy tale. Biosimilars to Remicade, Herceptin, Avastin, and Rituxan are also showing striking uptake levels within the KP system in subsequently shorter time. There are several Neulasta biosimilars available now, too, however it's important to note that this is technically a “biobetter” version of filgrastim. Because of this, Zarxio is likely to be used first, resulting in lower uptake of pegfilgrastim biosimilars within the KP ecosystem.

Though it is a great example of biosimilar potential, KP’s experience is hardly representative of nor can it be easily replicated across the U.S.’ fragmented healthcare system. In fact, I’ve often called KP a unicorn. It operates as its own payer and has its own medical groups employing 23,000 physicians and 60,000 nurses and staff taking care of 12.3 million patients. This vertical integration encourages greater cost-savings across the organization, and biosimilars have been critical players in this mission.

As Dr. Sameer Awsare, associate executive director of The Permanente Medical Group, recently filled me in, it took all of three months to get Zarxio uptake to 95 percent in the KP population. Admittedly, this was much quicker than it took the organization to build up its infliximab biosimilar usage; it took upwards of a year for Inflectra to hit 83 percent. This is in part because of hesitance on the gastroenterology side, but it’s still impressive given the ongoing struggle for infliximab biosimilars to gain market traction. Though there are arguments that physicians may be more hesitant to prescribe curative biosimilars in oncology compared to supportive treatments, current uptake levels suggest that this is hardly the case within KP. It took all of a month to see Amgen's Mvasi (Avastin) and Kanjinti (Herceptin) hit 90 percent market share. Despite the fact a Rituxan biosimilar only launched on the market right before the holiday season, KP has seen its usage skyrocket to a whopping 87 percent. The kicker: it took all of two weeks.

I had the pleasure of working with Awsare on multiple occasions last fall, including on panels at the DIA Biosimilars Conference and at a conference hosted by the U.S. Chamber of Commerce. We touched base in recent weeks to delve into  the process that has encouraged such cost-saving successes within KP. In particular, he reinforces many of the lessons I’ve heard from other physicians within different healthcare settings in order to encourage greater physician and patient biosimilar buy-in.

Over the past few years, we’ve been met with headlines highlighting some Scandinavian nations’ impressive efforts to transition to biosimilars. Though there were many factors behind these successful transitions, one important element was earning physician buy-in. This support was garnered primarily because the biosimilar’s clinical and real-world data was reviewed by national physician leaders who then signed off on transferring (often single-winner) tenders to that biosimilar product. In turn, this reassured providers across the country that the clinical evidence had been scrutinized by their peers and was deemed fit for patients.

There is a similar emphasis within the U.S. on garnering physicians’ and pharmacists’ trust for new medicines. Pharmacy and therapeutic committees (P&T committees) exist in hospitals, treatment centers, and payers for this purpose. But not all P&T committees are created equally. Thanks to the integrated structure of KP and the fact that the organization has its own medical groups, the P&T committee comprises a whopping 46 professionals of all different specialties. In addition, the P&T Committee has access to any medical specialty if they need more input. Compare this, for instance, to the process used for building the formulary for Medicaid in California, known as Medi-Cal. The formulary is put together by a P&T committee comprising eight physicians and pharmacists — and rarely are all the specialties represented.

This is one area Awsare feels more work could be done outside of Kaiser to improve the formulary building process in the broader healthcare system and create greater specialist buy-in to new medications, including biosimilars. For example, there has never been a statewide group put together that ensures all related specialists have a seat at the table when putting together a formulary for government programs. “If you have a neuromuscular pediatric drug coming out and you don’t have that particular specialist on your current P&T committee, why can’t you put a system in place that recruits someone within the state from Kaiser, or from Stanford or USC, to bring their expertise to the table?” Awsare offered.

It hardly needs to be stated that KP is a well-organized machine when it comes to integrating new treatments and especially biosimilars onto its formulary. The organization boasts an emerging therapeutics program which surveys upcoming market launches for both novel, biosimilar, and generic drugs. After determining which drugs are approaching the market, pharmacists involved in KP’s Drug Information Service (DIS) research each forthcoming drug, gather and read peer reviewed literature, and touch base with specialist physicians in the relevant therapeutic areas.

“For example, if it’s a dermatology product, we go straight to dermatologists,” he added. “So, by the time the treatment comes to the P&T committee, our dermatologists have already approved its inclusion.” Similarly, the specialists will also include any usage instructions for the primary care physicians (i.e., if there is a first line treatment that should be used or if the doctor needs to check in with the patient prior to a new prescription). As Awsare explained, “Primary care doctors know the specialists are going to take care of the complex cases, and the integrated records outline what has and is being done to treat each patient so it’s easy to follow.”

Once the decision is made to include the treatment on the formulary, those involved in the contracting process work with the manufacturers to ensure the appropriate supply can be provided — sans physicians.

“We don’t want to have finances mixed up with clinical evidence,” said Awsare. “We will choose the medicine that is best for the patient — whether that be a more expensive novel drug or the more cost-effective biosimilar. Ultimately, we don’t want to lose the trust we’ve built with our patients.”

In fact, it’s important to note that physicians within the organization are also salaried, which promotes clinical evidence-based prescribing. This payment practice at KP is considered one factor for greater generics and biosimilar prescribing within the integrated delivery network, according to this Health Affairs article by several KP experts. In recent years as drug price scrutiny intensifies, the buy-and-bill procedure which many physicians use for biologics reimbursement has been increasingly criticized for encouraging the use of higher-cost agents.

Throughout the past decade-plus that biosimilar markets have been evolving, both in the U.S. and in the EU, there is one thing that patients, physicians, and professional organizations have strived to protect: the patient-physician relationship. We see this best in EU nations that have multi-winner tenders that permit competition and choice on hospital formularies. The definition of interchangeability overseas is also built around physician-mandated switching, which, as we know, is quite different from the U.S.’ regulatory definition.

To protect this valuable relationship, every physician was given time to have a one-on-one conversation with their patients about starting or transitioning to a biosimilar. “If you have a condition that’s serious and there’s a medication that’s life changing and will deliver good results, we feel this conversation is really worth having,” said Awsare.

When Zarxio first entered the ring, KP started naïve patients on the treatment. After the first 700 or so patients had been treated safely and effectively, doctors were convinced that biosimilars were a good way to go for patients. This also paved the way to greater comfort prescribing the newest, curative biosimilar treatments.

Typically, the conversation between patients and physicians consists of what you might expect; it includes the differences between a biosimilar and its reference product, but also reassures the patient of the biosimilar’s clinical equivalence. Should there be any additional questions or concerns, clinical pharmacists are available for patient support. In some instances, the pharmacists will reach out to the patient after a certain period of time to check in on the treatment’s progress.

A question that patients have commonly posed, regardless of indication, is whether they can switch back to the reference if the biosimilar doesn’t work. “I do tell them that should the biosimilar not work as well, they can switch back to the originator,” Awsare said. “We’re making this transition in their best interests; this isn’t solely about finances.” Though this of course is a case-by-case decision, this is a treatment scenario that researchers have been looking at more closely from a real-world evidence standpoint. One study released late last year demonstrated that switching back to Remicade after discontinuing the biosimilar for subjective loss of response and adverse events did result in patient stability.

Following the biosimilar transition, “In Northern California KP, the pharmacist will follow up and ask how the patient is doing and record any adverse events the patients may be experiencing to ensure that they’re not unusual for that particular treatment,” he explained.

One of the efforts KP plans to investigate further is whether pharmacist outreach has an impact on overall adherence to the biosimilar medicine. In Northern California, pharmacists provided regular outreach to new transitions, as opposed to Southern California, where no outreach was conducted post-switch. A preliminary look at the numbers suggests that fewer patients returned to the originator treatment after consulting with the pharmacist in Northern California compared to those who had no interaction with the pharmacist. Awsare expressed interest in looking into this data more and potentially publishing it in the future.

Of course, in order to keep patients educated and informed throughout the treatment process, there needs to be ongoing biosimilar physician education. The organization’s successful history obviously has improved physician comfort. But Awsare reinforced the importance of keeping cross-specialty communication open amongst physicians. Though KP has the benefit of being integrated and, in turn, more conducive to greater physician collaboration, this is a best practice regardless of the setting of care. Physicians trust their peers first and foremost, Awsare explained. There were a number of meetings between dermatologists and rheumatologists when infliximab biosimilars were introduced because you’ll often find patients with psoriasis also have Rheumatoid arthritis.

It’s also important for physicians to openly voice any concerns they have with biosimilars. While starting out, there may be some imbalances in biosimilar prescribing rates amongst physicians within the same therapeutic area, cross-specialty communication and individual meetings have been helpful in eliminating this. “We always tell them, if you have some concern about using biosimilars that we don’t know about, we want to know it,” Awsare added. “This way, we’re able to incorporate it into our educational efforts. But if it’s not a valid, evidence-based concern, a physician should shift their viewpoint.” He pointed out how critical individual conversations were in this instance — especially in indications with less comfort, like gastroenterology.

“It always helps when it comes from your specialty and your peers,” Awsare concluded.