How Patients Will Approach Your Biosimilar 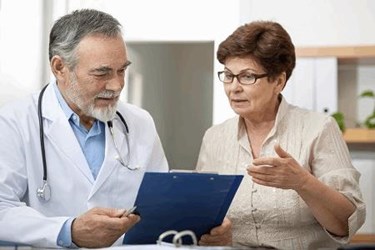 At the 2016 World Biosimilar Congress USA, delegates and speakers from biosimilar manufacturers abounded. But also in attendance was a representative from the Patients for Biologics Safety & Access (PBSA), a coalition of patient advocacy groups. In his panel, Quardricos Driskell, health policy and federal affairs manager for the National Psoriasis Foundation (NPF), shared patients’ perspectives on the use of biosimilars. And patients’ concerns — though they are to be expected when a new type of treatment emerges — proved difficult to identify with for some delegates on the manufacturing side.

All stakeholders, but especially patients suffering from a chronic condition, require assurance and adequate evidence that biosimilars are safe and efficacious. Patients with certain chronic diseases that require biologic treatments often struggle to find the appropriate therapy. As the industry is learning, in the age of patient centricity and personalized medicine, one biologic does not suit all. Driskell said in a post-show interview, “Biologics have worked wonders for the psoriasis community, and I think our patients are hopeful about biosimilars. But because many within our patient community cycle through many therapies, include biologics, to find the right one, maintaining the sanctity of the patient-provider relationship is a primary concern when it comes to switching patients to biosimilars.” 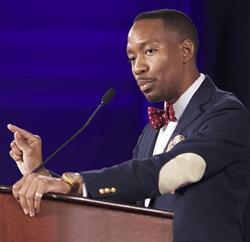 Biosimilars are expected to be one answer to escalating global healthcare costs. But a big concern for patient advocacy groups and patients is that the decision to switch long-term biologics patients to a new biosimilar will be based solely on the financial aspects rather than the scientific and clinical profile of the biosimilar candidate. This would be especially true on the payer level. For instance, Driskell references how pharmacy goliath CVS Caremark recently suggested its “aggressive intent” to switch patients to biosimilars. And indeed, the payer just announced its plans to replace Amgen’s Neupogen with Sandoz’s Zarxio and Sanofi’s Lantus with Eli Lilly and Boehringer Ingelheim’s Basaglar biosimilars.

Biosimilars go through clinical trials to provide evidence of their biosimilarity to a reference product (and, in turn, their safety and efficacy).) However, patient organizations worry payers could use data to promote switching patients from an effective biologic to a biosimilar the FDA has not approved as interchangeable.

A popular term throughout the recent Amgen and Sandoz biosimilar advisory committee meetings (AdComs) was “non-medical switching.” In this scenario, a patient is switched to a generic drug to save money. It is not because the identical generic drug offers a more effective treatment (which would perhaps be called “medical switching,” if such a term existed). But to many patient organizations, requiring a patient to switch to a generic or biosimilar for cost-savings only is considered a “non-medical switch.” Biologics patients often have to try multiple therapies before finding the appropriate one for their condition. Because each branded biologic is different, every new prescription would be considered a “medical” switch in therapy — one that will alter the patient’s overall condition. In the same way, changing from a biologic to a biosimilar, regardless of similarity, would be considered a medical switch in therapy because of a biosimilar’s differences from the originator. (This point was particularly controversial to several delegates in the audience at the World Biosimilars Conference USA.) But as Driskell explains, patient organizations’ and patients’ hesitation over switching doesn’t mean biosimilars are not the right treatments for that patient. Rather, the biggest priority, Driskell says, is that “the decision to switch to a biosimilar remains a personalized discussion between the patient and the doctor.”

How Can Manufacturers Impact Patient Education?

Many on the manufacturing side and within biosimilar trade groups (i.e., The Biosimilars Council and The Biosimilars Forum) have homed in on the need to educate physicians and patients. Driskell has admitted that the information patients need most — primarily how the biosimilar approval pathway works — is the FDA’s expertise rather than manufacturers’. Patients need to know how biosimilars are made, how they compare to the original drug, and how the clinical trial process differs from that of a reference biologic. Similarly, patients, like biosimilar companies, are awaiting clarification on interchangeability from the yet-to-be-released FDA interchangeability guidance. Patients are sophisticated and want to understand key data on many things like the safety and efficacy of a biosimilar before considering potential savings.

As Driskell has heard at conferences, manufacturers might not yet understand why patients should be a prominent voice at industry conferences emphasizing development and commercialization strategies. But patients are the only stakeholders whose lives and health are affected by the uptake and use of biosimilars. As such, there are ways biosimilar makers can better reach patients and understand what they need to know about biosimilars.

“One of the best ways for manufacturers to reach the patient community is to team up with organizations like the NPF to understand the patient perspective and their needs as biosimilars enter the market,” Driskell explains. This information could prove helpful as companies present their candidates to the FDA for approval. (I recently published an article about the takeaways from the recent AdCom meetings. Some of the points listed here could also impact patients’ levels of understanding about biosimilars.)

Driskell states, “We don’t want patients making decisions about biosimilars or biologics in silos. We want them to be educated about which therapy is best for them. We’re concerned with making sure that not only providers, but also patients, have buy-in to biosimilars.”