How The EU Influences U.S. Thinking On Biosimilar Interchangeability & Other Policies 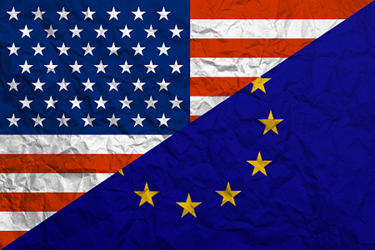 In part 1 of this series, we reviewed the relatively slow uptake experienced by biosimilars in the U.S. and speculated on the role pricing and contracting may play. Additionally, we examined how more vigorous uptake has been encouraged by the EU and how some of those policies appear to be migrating to the U.S. Here in part 2, we will highlight the meaning of the NOR-SWITCH trial results and how the EU’s view of biosimilars as therapeutic alternatives, rather than generics, has influenced U.S. policy.

To date, interchangeability is not assigned to any biosimilar agents in Europe or the U.S. However, this has not been a major barrier to adoption in many markets, largely because biosimilars are positioned as cheaper therapeutic alternatives rather than as generics. The EU is not homogenous, and in countries such as France and Italy, where physicians, patients, and other stakeholders are culturally reticent toward generics, biosimilar adoption rates have been low. A small number of Eastern European countries permit substitution (e.g., Estonia, Latvia, Poland), while France recently introduced legislation allowing substitution in treatment-naive patients under specific conditions (although in practice, this is still uncommon). But in most other European markets, biosimilars have been treated as competitors of the originator products in much the same way blood products such as factor agents, immunoglobulins, and other high-cost treatments are handled.1 This is evidenced by the widespread use of tenders to drive procurement decisions across Europe, although these can take many guises ranging from exclusive to nonexclusive contracts.

However, we do believe the development pace for the interchangeability process has likely been accelerated by the NOR-SWITCH trial. The trial demonstrated that “switching from infliximab originator to CT-P13 [a biosimilar] was not inferior to continued treatment with infliximab originator.”4

As payers become more aggressive in driving biosimilars, interchangeability status may not be the holy grail some think it to be, as evidenced by the successful uptake of biosimilars in the EU. Biosimilar uptake has not occurred significantly to this point, and it also has not been driven at the provider level.

In the EU, where there is no interchangeability designation, adoption rates have been highest where there is a cohesive, integrated approach in which all parties (i.e., physicians, payers, pharmacists, policy makers) cooperate to realize cost savings. For example, in the U.K., Germany, there are prescribing targets in place and penalties for nonadherence. In the hospital setting, however, there are also coordinated efforts to switch patients, with reports of U.K. hospitals switching >95 percent of their rituximab patients in just six weeks since the biosimilar for rituximab was introduced. All stakeholders in the hospital (including patients) realize how, by switching, they are able to generate savings that can be repurposed for other needs, like other innovative drugs, equipment, nursing staff, etc. While they do not personally benefit financially, hospital physicians do benefit indirectly from switching to biosimilars.

These actions may largely be driven by European markets being public-funded systems under huge budget constraints. But there are also lessons on how payers and providers in the U.S. can better incentivize physicians to prescribe biosimilars through a combination of tactics increasing physician risk and reward through established prescribing targets and some means of sharing in the savings, albeit not necessarily financially.

Both the NOR-SWITCH trial and the EU’s approach to incentivize biosimilar use will accelerate uptake in the U.S. through higher confidence in the safety of switching and developing incentives for use, such as lower copayments, potentially enhanced provider incentives, and revised reimbursement practices.

The final area where we see the EU influencing the U.S. is in the perception of biosimilars. As recently as the end of 2017, CMS policy largely treated biosimilars as generics. In the rules regarding biosimilars, there is reference to a comment that the CMS was treating biosimilars as generics because that is what it felt they most closely resembled. In the EU, almost from the start, biosimilars have been largely treated as competitors to innovator products rather than as generics. This has been mostly demonstrated in the tender process, where we see countries offer their market to either the biosimilar or the originator.

In the U.S., the EU’s approach can be seen at both the state and the federal level. At the state level, the proliferation of rules regarding substitution of these products can be viewed as treating them differently than small molecule generics. The most significance difference is that where the majority of these laws are in place, the pharmacist cannot substitute a biosimilar for the innovator without getting permission from the prescriber.1 Arguments can be made as to this being a necessary patient safeguard or an effort by innovator manufacturers to make biosimilar uptake more challenging.1 The end result is biosimilars are treated more like another branded competitor, rather than a traditional generic, at the state level.

At the federal level, the CMS has been modifying policies regarding biosimilar reimbursement. Recent modifications allow biosimilars in Part B to have unique J-codes rather than being averaged into one, while still maintaining the originator product in a separate J-code. As a result, biosimilars can compete on price against each other and against the innovator product. The expectation is that with such heightened competition, there will be more rapid and accelerated price erosion. Additionally, a policy paper recently released by the White House contemplates moving reimbursement for Part B drugs (where TNF [tumor necrosis factor] inhibitors currently reside) into Part D, which would drive tremendous competition.5 While the likelihood of this occurring is questionable, it demonstrates that reimbursement approaches in the U.S. are still in flux with respect to biosimilars.

Finally, the CMS is still considering how biosimilars will be treated in Part D, particularly with respect to the coverage gap (where biosimilars are currently treated as generics). This results in a perverse incentive for the plan to use the originator product. CMS has suggested this approach will be reconsidered. The commercial space already views biosimilars as therapeutic alternatives. Few, if any, have changed their benefit designs to develop a “generic” specialty tier. It is assumed, though, that we will eventually see preferred and nonpreferred specialty tiers.

While not comprehensive, there are significant areas where we see the EU approach influencing the biosimilar market in the U.S. U.S. stakeholders including manufacturers, payers, providers, and patients can exact influence on the system to support biosimilar uptake. Manufacturers need to develop contracting strategies that encroach on the originators’ market share; payers need to support the uptake of biosimilars by formulary status and incentivizing providers to prescribe; practitioner awareness and prescribing of available products need to increase; and patient education both from a clinical and economic perspective needs to improve so patients can advocate for the less costly product. While the EU market has clearly influenced the U.S. market, some U.S. market dynamics still favor the innovator product in many ways. For example, the U.S. legal system plays a far larger role in product approval and marketing than typically seen in the EU.

Todd Edgar, PharmD, is senior VP of specialty services at Precision for Value. He has over 20 years of experience in managed healthcare and over 15 years experience working with pharmacy benefit managers (PBMs). Edgar’s expertise lies in services and rebate contracts in the commercial and Medicare space, customer-facing responsibilities (PBM clients), financial analysis, benefit design recommendations, Medicare Part D, and formulary development. He received his M.S. in hospital pharmacy from the University of Kansas his PharmD from Samford University.