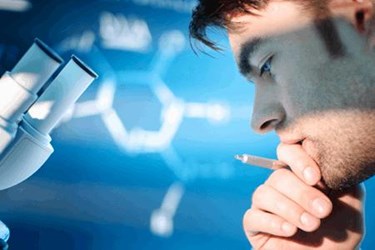 My sense of time this past month has been, admittedly, a bit shaky. May has been bookended by some great travel opportunities. In addition to my whirlwind trip to Thailand at the beginning of this month, I found myself in beautiful San Diego last week for the World Biosimilar Congress. Compared to most of you in this industry, I’m sure two trips a month is rather underwhelming. But for me, this month has been one that has been quite productive in terms of knowledge gained, miles traveled, and articles published.

Having attended the World Biosimilar Congress last year (which was, incidentally, my first biosimilar conference), I was excited to attend again. As this conference’s name promises, the line-up boasted panels highlighting the biosimilar work in Scandinavian countries, China, the U.K., and Brazil, in addition to a number of panels focusing on the U.S. market. In fact, I’d argue that last year provided a closer focus on biosimilars in emerging markets, which I would’ve liked to see more of this time around since the U.S. is well-covered by other shows. But this year’s event was not without merit, bringing together minds from Mylan, Sandoz, McKinsey & Company, Merck KGaA, Teva, Oncobiologics, Innovent, Boehringer Ingelheim, and Novo Nordisk, to name a few.

One of the most notable differences in the conferences, besides the heightened focus on the U.S., had to do with the emphasis placed on the patient. (This was particularly notable given there was only one patient advocacy organization speaker at last year’s conference, and he faced quite a bit of industry pushback.) This year, the keynotes for both days were focused on keeping the patient at the core of the development process. But that isn’t to say there wasn’t a large focus — and, honestly, a larger focus — on streamlining the development and regulatory processes to help companies overcome the costly barriers to market. But at the end of the day, removing these barriers is the key to getting biosimilars into patients’ hands more quickly and affordably.

There were two larger themes I took note of throughout the conference that both deepened my own knowledge of this space and/or called attention to topics that have been cropping up in other industry discussions.

Interchangeability: A Double-Edged Sword For Patients?

Interchangeability was one of the most widely discussed topics at this year’s event —though this shouldn’t be a surprise. No matter what the topic — whether it be the growth of the market, patient safety, and/or regulatory concerns — the conversation inevitably turns back to the new-ish FDA interchangeability guidelines. This conference came at a good time, especially considering it took place only a few days after the deadline for industry comments on the FDA’s interchangeability guidance.

Bloomberg BNA — or rather one attorney who was interviewed — beat me to the punch when it came to summarizing responses to the guidance from the various stakeholders. As Stacie Ropka of Axinn, Veltrop & Harkrider LLP eloquently described: “If you’re a biosimilar applicant, you’re happy the FDA has provided the guidance, but you think it’s asking for too much information. If you’re the owner of the patent for the original biologic, you strongly support the need for the switching studies the FDA requires in order to show that switching from the original biologic to the biosimilar is safe. If you’re an organization that represents patients, you want assurances the interchangeable biosimilar is safe and effective for each condition for which the original biologic is approved.”

During my time at the conference, the majority of biosimilar company experts presenting and participating on panels confirmed Ropka’s claims. Many experts expressed concern that pharmacokinetics (PK) and pharmacodynamics (PD) switching trials will be particularly strenuous from recruitment/retention, cost, and timing standpoints. In addition, the FDA’s intense focus on the biosimilar’s presentation has raised questions as to whether it’s best for the patient to stipulate similarity between the devices. Innovation may be better in the long run than trying to closely replicate an older, perhaps less effective and less modern, device.

While biosimilar companies are concerned about carrying out the extra switching trials required to earn an interchangeability designation, other stakeholders are calling for that larger work-load. For example, the Biologics Prescribers Collaborative (BPC), which speaks for biologics prescribers in six different organizations, released comments on the guidance. This organization urged the FDA to push for a minimum of three switches and cautioned against extrapolation. Though the organization didn’t specifically call for switching trials in every indication for interchangeability, its concerns about the safety of prescribing an interchangeable biosimilar for a non-interchangeable indication (is that a thing?) implies as much.

Though these urgings from physician and patient groups are nothing new, I began to approach them in a new light following a roundtable discussion on interchangeability. I, admittedly, am not a physician or an expert involved in clinical trials, nor am I a biologics patient. But there is something to be said for the amount of data and, therefore, work, these organizations are calling for. And this work won’t just be on companies’ shoulders. A lot of this pressure will also be placed on the patient.

For instance, PK/PD studies involve lots of blood samplings and can boast higher dropout rates, which suggest this high burden on patients. In addition, these extra clinical hurdles for interchangeability may increase doubts or suspicions about biosimilars. Not being a patient facing a switch in treatment myself, I can imagine reassurance would be a particular benefit of engaging in and sticking with these trials in the long run. And there are certainly patients willing to participate in clinical trials for the greater good. However, members of the roundtable, including myself, questioned how realistic it is to expect there’d be an adequate number of altruistic patients willing to participate in these rigorous trials.

Is History Bound To Repeat Itself?

I’ve written a few articles highlighting the need to look abroad to get a better picture of biosimilar safety and efficacy. As one biosimilar veteran once argued, “Those in Europe know where the deepest holes in the road [to patient access] lie.” As such, it would be fitting for U.S. companies and other biosimilar stakeholders to observe how some European stakeholders have communicated the facts about and importance of biosimilars. After all, they have 10 years of positive biosimilar experience.

But one question posed during a regulatory panel discussion was whether the U.S. would repeat the EU’s biosimilar journey and allow caution to keep the market 10 years behind. Starting out, Europe was just as cautious, according to the panel members, all of whom are based abroad. But with 10 years without any serious problems and a growing base of successful switching data, Steinar Madsen of the Norwegian Medicines Agency argued, quite passionately, against the separate FDA and European Medicines Agency (EMA) approval processes. He pointed out that not only is going through separate review processes a waste of resources, but there is no scientific reason companies and regulators should go through the same analytical and clinical work to earn a regulatory “yes” on both sides of the Atlantic.

Now, this isn’t to say regulators aren’t working to streamline their opinions on scientific differences through FDA/EMA parallel reviews, as well as through the biosimilar cluster with Canada and Japan. We’ve also seen some flexibility with the FDA and EMA in terms of comparator use, patient populations, and trial designs.

But, if we were to ask , “What do companies need in their data package to appeal to doctors?” the answer in the U.S. would be “a lot.” In fact, in the U.S., we’re seeing many of the first arrivals to the market boasting hefty data packages. In some cases, these companies are likely striving to appeal to physicians’ currently rigid demands for more clinical and comparative data. And as interchangeability becomes a reality in the U.S., there will continue to be pressure for more data — at least for the companies looking to pursue that designation. As such, Madsen admits history will likely repeat itself in the U.S. But his hope is it will not be another 10 years of caution, especially as biosimilar makers set their sights on creating biosimilars for orphan drugs. Moving forward into orphan drug territory, it will be imperative for there to be more comfort over smaller or fewer biosimilar clinical trials because of these small patient populations.