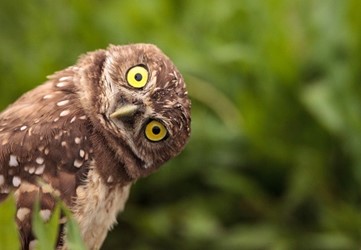 A few weeks ago, I had the pleasure of hosting Biosimilar Development’s first webinar with contributor extraordinaire, Ron Lanton, III, Esq., of Frier Levitt Government Affairs. If you’re interested in the latest policy updates in the U.S., you’ve likely read some of his columns before. However, given the fast pace at which the administration has been releasing drug pricing and reimbursement policies, we thought it would be great to have all the information on the most pressing policies to-date all in one place. For those of you who’d like to listen (or relisten) to the webinar, you can find the recording here. At the end of Lanton’s presentation, we allowed some time for a Q&A. Here, you’ll find a few of the most interesting questions Lanton answered, as well as several he didn’t have time to address during the webinar itself. Answers have been slightly edited for length and clarity.

Lanton: I don’t think it does. When it comes to the International Pricing Index (IPI), the legislation didn’t list just 5 countries, but when the administration came out with the IPI policy, it mentioned it originally was looking at 16 different countries. So, the Act did narrow the gap. But you’re absolutely right, reimbursement policies are very different. How this usually works is that, the administration will theoretically work with Congress to pass the legislation, then it will move on to HHS to determine the method on how they’re going to implement it. We most likely are not going to get a nuts-and-bolts answer of how Congress is going to do this since Congress doesn’t get into the weeds and leaves the “detail filling” to the regulators. An HHS staffer will have the unenviable duty of putting together a proposed rule and seeing the industry comments about how this is going to work. Right now, we can only understand the spirit of the law and what they’re striving for, but when it comes down to making it work, theory and reality are definitely two different things.

Q: Do you really expect the IPI will be implemented?

Lanton: Yes, but eventually. We’re moving into an election year in 2020. So, I’m going to put it out there that we’re going to see something on the IPI by June, and if not by June then November. If we don’t see anything by November, the latest we’d likely see something released I would say would be March 2020. Any later than that and we’re in full election mode. You’re not going to see too many “confrontational” policies coming out at that point because everyone is going to be preparing for the election. I’m going to say June, and maybe we can come back and revisit my crystal ball. If the administration doesn’t enact it, and if Senator Sanders is not able to get his own pricing legislation passed, then it is also possible that we may be able to see something IPI-lite coming through. But something is going to be done with pricing. I don’t see us moving into 2020 without it.

Q: The IPI Model and the Prescription Drug Price Relief Act compare drug pricing in the U.S. to five countries that do not have direct-to-consumer (DTC) advertising. DTC advertising has a demonstrated impact on product acceptance and uptake in addition to being a large promotional expense. What are your thoughts on this from a policy perspective?

Lanton: I agree that both the Prescription Drug Price Relief Act and the IPI Model are difficult to discuss in theory, because there are so many critical details that are missing to determine whether the proposed policies are viable. The reason why we are missing these details is because it is still early in the discussion. I understand your point about DTC advertising, but I would need to learn more information about the statistics to form an opinion. I think that with the scrutiny around DTC advertising in the PhRMA space, I expect that policymakers, too, would want to learn more data about how this could lead to product acceptance and increased uptake.

Q: What are your comments regarding the forthcoming public hearing to discuss ways to improve the efficiency of biosimilar insulin development, including interchangeable insulin?

Lanton: When you have a disease state that affects as large a portion of the American population as diabetes, I feel this could be a disease state where we see something interchangeable, given the damage it does being a chronic disease. I think for the rest of the year, and spilling into next year, we’re going to be seeing a flurry activity on insulin pricing. If we don’t see a solid bill on drug pricing itself by the end of the year, I would be shocked if we didn’t see some type of legislation specifically focused on insulin.

Q: Do you have thoughts on the patent thicket protecting Humira? How can a biosimilar address 100 percent of patents? And how can antitrust address this given that there isn't an obvious payment on the face of settlements with biosimilars?

Lanton: I am going to give this general response with the disclaimer that I don’t practice either patent or antitrust law. This is from a policy perspective. From an innovator standpoint, I understand that having a biologic with multiple uses may justify the rationale in applying for multiple patents, especially when innovation is the motivator of having market superiority. Humira is an example of this as this blockbuster drug is arguably the most successful. However; in this environment, multiple patents are going to have greater scrutiny. Last year we saw greater Congressional scrutiny where some manufacturers were using the orphan drug status to protect drugs from patent expiration. Additionally, having multiple patents will likely draw increased attention from Congress as they will want to know if innovators are abusing this system to keep competition at bay. They already see this via the pay-for-delay tactics the industry currently uses. That is a risk that innovator companies will have to consider moving forward with this strategy. Additionally, the patent dance was meant to limit the number of patents in suit and avoid litigating a patent thicket. As far as antitrust, more information would have to be understood as it depends on the nature of the settlements on whether there would be an antitrust violation.