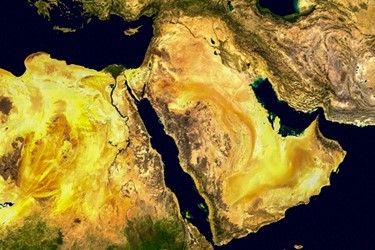 Though the “will-they, won’t-they” situation in the U.S. makes for entertaining editorial, it’s often good for me to take a break and focus on the role biosimilars are playing in markets that often fly in the radar. That’s why, when I saw there would be a presentation at the recent BioTech Pharma Summit on the Middle East North Africa (MENA) region, I was excited to learn more. It’s rare that I receive much information about the region’s existing biologics market.

There are perhaps a few “household” pharma company names in MENA we’re familiar with in the biosimilar industry, including Jordan-based Hikma which is in collaboration with Celltrion for three of its biosimilars — Herzuma, Truxima, and Remsima. The same goes for Iran’s CinnaGen which, in September 2018, became the first mAb manufacturer in the region to receive GMP certification from the European Medicines Agency (EMA). However, there is still much more ground to cover before there is a thriving biologics and biosimilar industry in the many countries within the region.

What became clear throughout the presentation by Rodeina Challand, director of Challand Biosimilar Consulting, is that there’s a lot of passion amongst those working in MENA to educate about biologics and biosimilars. Over the past two years, Challand has directed her focus away from the U.S. and EU to address the large patient population in the MENA. Together, the U.S. and EU total 700 million patients — certainly nothing to sneeze at. But consider it in this light: MENA alone represents 600 million patients, hence her ardent emphasis that companies should not overlook the potential business opportunity this region can offer. To best capture that opportunity, however, will require going back to the basics — and perhaps back some more — to properly educate and establish feasible (key word here) regulatory pathways and pharmacovigilance infrastructure.

Throughout her presentation, Challand gave us a good look at the current state of the biologics market in MENA and the ongoing educational and collaborative efforts that could help shape the markets in this region. She also shared several important considerations for regulators and biosimilar companies looking to expand their business to MENA. In the first of this two-part article, Challand highlights several of the larger challenges impacting biologics uptake and use in MENA, as well as the diverse state of regulatory pathways and biosimilar approvals in the region.

Hurdles To Biologics Use In MENA

Like most countries today, MENA finds itself facing a growing and aging population, and with this, high-cost diseases like cancer and diabetes have become more prominent. In fact, according to Challand, MENA is poised to see a 104 percent increase in diabetes diagnoses by 2024. This is second only to Africa which is expecting a 160 percent increase in diabetes diagnoses during the same time period. Despite the increasing need for insulin and other biologic treatments to battle these conditions, there remains a general lack of biologics use and, therefore, biosimilar use. Take, for instance, the use of biologics in rheumatoid arthritis (RA). While 40 percent of RA cases in the U.S. and 25 percent in the EU are treated using anti-TNF biologics, only 2 percent of cases in MENA are treated with biologics and biosimilars.

There are several factors behind low biologic and biosimilar uptake in all conditions, not just in RA. As Challand explained, for the regulators and physicians in MENA that are somewhat aware of biosimilars, there is distrust over the concept of extrapolation and transitioning patients from the brand to the biosimilar. Some of this has to do with a lack of familiarity with the overall nature of biologics. But a good portion of it also can be chalked up to the strong relationship with and trust of the brand, which has only intensified due to the prevalence of so-called copy-biologics. These copy-biologics were approved to be an alternative to a brand treatment, much like a biosimilar. However, unlike biosimilars, they often were approved prior to the establishment of appropriate biologics regulatory pathways in the nation. As such, they were not held to the same high regulatory standards established by the WHO, EMA, or FDA in terms of comparability, quality, and pharmacovigilance. Because there is no required post-marketing surveillance for these copy-biologics in a number of MENA nations, these products continue to flourish on the market.

As Challand said, because there has been no safety reporting in a majority of the MENA countries to determine whether they’ve been beneficial or harmful, these copy-biologics have not been ordered off the market. This becomes more difficult when considering the patient populations, especially in the cancer space, that may rely on these products for treatment. (That said, there’s certainly been a desire amongst global regulators and some MENA nations to move populations away from copy-biologics toward highly regulated biosimilars.)

Another factor limiting the use of biologics overall is the lack of knowledge about the different treatment pathways. With RA, for instance, Challand pointed out that many physicians — many of whom are not rheumatologists in the first place — don’t prioritize the treatment of RA, are concerned about the costs of treating the disease, or may not be aware of newer treatment possibilities. There are also no requirements for physicians to take continuing education courses. As such, some physicians keep RA patients on methotrexate throughout the entire doctor-patient relationship. Couple this with the lack of central electronic health records in general, which makes prescribing and the adverse event reporting process imprecise and lacking in transparency. As such, Challand emphasized the need to “walk backward” with education in this region. Though the end goal is to introduce quality biosimilars into the region and increase overall patient access, physicians do not currently have the tools to properly diagnose and treat conditions. Without first establishing this knowledge of the treatment pathway, biosimilars cannot gain traction.

The MENA Regulatory Landscape At A Glance

The countries with pathways in place include Iran, Iraq, Turkey, Jordan, Egypt, Saudi Arabia, Lebanon, and the United Arab Emirates. However, as a Fitch Solutions article on MENA outlined:

As Challand shared during her presentation, similar to Lebanon, Egypt has stipulated that any biosimilars approved by the FDA or EMA will be eligible for a fast-track approval in the country. However, fast-track does not necessarily mean what it does in other nations. Not only does it lack efficiency, this approval also doesn’t guarantee the product will reach the market. One reason for this is the lack of risk management program infrastructure which is a big stumbling block for many of MENA countries. That said, a recent article on biosimilar use in emerging markets by McKinsey & Company singles Egypt out as a country poised to see increasing biosimilar sales — as much as 10 to 15 percent annually through 2025.

It could be argued that the region (with all of its separately regulated countries) could combine forces from a regulatory standpoint — similar to that of the EMA in Europe. However, as Challand emphasized, though there was a meeting to discuss such a move several years ago, it was left unresolved due to irreconcilable differences amongst the countries. That said, however, there is still great willingness amongst MENA regulators to learn about biosimilars.

As she shared, there have been several efforts in a number of the countries to increase awareness about biologics and biosimilars opportunities and regulations. In 2017, Istanbul hosted the first MENA region biopharma conference. In the past few years, Challand has also been to Egypt, Morocco, and Algeria for similar conferences and regulatory training sessions. She is also planning a similar educational conference in Morocco in the coming months. In addition to working closely with experts in the biosimilar field, including EMA regulators, she is organizing a forum that has long-term goals of establishing a MENA scientific committee. It’s details like this that demonstrate the regulators’ ongoing willingness to learn and support biosimilars — they just cannot do it alone.

Obviously, organizations like the WHO could play a role in educating and establishing the proper regulatory and risk management infrastructure for biologics and biosimilars in MENA. In fact, in June, the WHO will host its first workshop in the MENA region. In addition to workshops, the WHO released guidances for developing nations in the past which would be applicable to the ongoing efforts in MENA. For example, one of these resources from as far back as 2014 details how countries can put a process in place to move away from copy-biologics to biosimilars.

Though Challand believes the WHO can be helpful, she also emphasized that building this relationship with MENA will require a slow, intimate approach. As we all know, the WHO is massive, and, therefore, can be an intimidating organization. Though representatives from MENA may attend the WHO’s meetings, they may not be willing to ask questions in such a formal setting. Working more closely with the WHO in MENA is certainly in the cards, Challand said, but she anticipates these meetings will need to be on a small scale to improve communication about the WHO’s goals and MENA regulators’ understanding to-date.

Challand also put out a call to action for regulators from other countries to consider getting involved in the region. There were several instances in the past in which regulators from other countries attended meetings with MENA regulators, which proliferates scientific regulatory best practices and increases overall comfort in biosimilars. However, moving forward, there will need to be some soul-searching in terms of what regulatory strategies will be best for the region. As she explained, what is needed in Europe and the U.S., for instance, may not be the best fit for the MENA countries. The 2 percent uptake of biologics in the region needs to increase, ideally, in the near future. This will require “thinking locally” about risks and benefits and asking tough questions about the necessity for bridging studies and large Phase 3 studies for certain molecules.

Stay tuned for a follow-up article discussing the MENA markets Challand expects to be leaders, along with the perks the region can provide from a business standpoint.