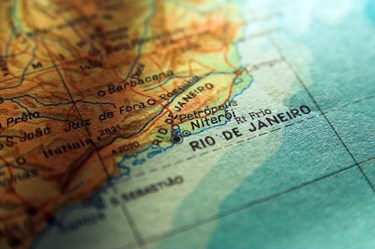 In a recent article, Don Stewart, CEO of PlantForm, discussed the ins and outs of plant-based biologics manufacturing. The Canadian company, which is dedicated to creating biopharmaceuticals from tobacco plants, currently has three biosimilar candidates in its pipeline: adalimumab, bevacizumab, and trastuzumab. Over the past 20 years or so, turning to plants as opposed to mammalian cells has become a commercially viable drug development strategy. The progression of several plant-based candidates into late stage trials suggests the pharma industry is becoming more comfortable with this approach. In particular, Stewart believes the Latin American markets — and especially Brazil — will be receptive to the company’s plant-based technologies for biosimilar development.

Where Does The Brazilian Biosimilar Market Stand?

In recent years, Brazil has been drawn to the idea of biosimilars because of their lower price tags. According to Thomson Reuters’ BioWorld, the country boasts a population of 200 million, and citizens are granted free health care at the point-of-delivery. Sixty-one percent of drugs dispensed in the country are costly biologics. As such, the country is determined to reallocate resources used to import originators. Instead of importing these important medicines, the country hopes to bolster local biologics manufacturing. 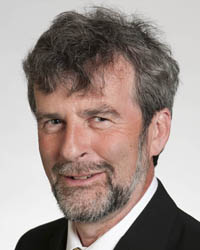 In June 2015, Hospira and Celltrion announced the approval of Remsima, an infliximab biosimilar, by ANVISA, the National Health Surveillance Agency in Brazil. This became the first monoclonal antibody biosimilar to be approved based on comparability in Brazil. (It should be noted however, that ANVISA does not use the terms “biosimilar” or “biogeneric” in Brazil. This product, though considered a biosimilar, was instead approved as a “biologic product.” New innovator drugs are referred to as a “new biologic product.”)

As Genetic Engineering & Biotechnology News (GEN) details, ANVISA rule no. 55/2010 (launched in 2010) has two pathways for the approval of follow-on biologics. Only one of these approval pathways includes the review of pre-clinical and clinical comparability data — almost identical to WHO and FDA guidelines. The other, known as the individual development pathway, requires data detailing the drug’s development and manufacturing process, as well as its quality profile. The company must also submit non-clinical and clinical study data. This pathway does not require comparative data. However, only products approved through the comparative pathway are considered a biosimilar product. Similarly, only an approval through the comparative pathway will open the door to extrapolation.

Building A Joint Venture In Brazil

A number of partnerships have been launched in Brazil between local and international companies. The goal is to increase the number of biosimilars used in the country and to stimulate investment in local manufacturing facilities. Following the approval of a biosimilar from these local and international company pairings, the government will not be permitted to purchase the originator biologic. The hope is also that these partnerships lead to the development of facilities to create biologics within the country. To spur the growth of this manufacturing base, many of these partnerships involve technology transfers.

Enter PlantForm and its partner PharmaPraxis, a Rio de Janeiro biotech. This partnership has been in place since 2014 when PlantForm and PharmaPraxis met at the annual BIO conference. This led to the formation of a joint venture in Brazil known as PlantPraxis in Rio de Janeiro. Through this partnership, PlantForm hopes to build relationships with key government departments and provide plant-based manufacturing to produce the biosimilars that Bio-Manguinho, a unit of the Oswaldo Cruz Foundation (Fiocruz) in Brazil, is seeking.

With PharmaPraxis, PlantForm has entered into an agreement centered around the company’s technology. Stewart describes, “We have secured funding through Financiadora de Estudos e Projetos (FINEP), a fund in Brazil that’s primarily focused on technology acquisition. Through this joint venture, we have secured funding to bring our technology into Brazil, and we’re currently hoping to secure additional funding from government contracts, Brazilian Development Bank (BNDES), and private investors.” This funding would lead to the creation of a pipeline of products specifically for the Brazilian and Latin American markets and would open up the long-term goal of establishing a manufacturing plant in Brazil.

The Challenges Of Entering The Brazilian Market

Government funding also remains a big hurdle. While the costs of establishing a plant-based facility are 80 to 85 percent less than a mammalian cell facility, operating costs — in particular, the lighting for the plants — are a challenge. Another challenge, Stewart acknowledges, is finding a team of experts who are all skilled in plant-based manufacturing. This may be particularly difficult given the current size of the market. However, there is no shortage of people with expertise in creating biologics. To adapt these employees to plant-based work, Stewart highlights the need for training. “What we’re doing is training staff to learn a new type of operation. What we want is to create an environment where the investment we’ve made in training is maintained over a long period of time.”

Similarly, Stewart calls attention to the different regulatory and legal customs in Brazil. The quality of the relationship is stressed. He says, “Deals are built around handshakes and trust, which is nice.” However, the legal system has taken some getting used to, as it differs from North American law. For instance, in Brazil, the government may be given the right to use a company’s intellectual property after five years, in some circumstances, regardless of patent protection. (This is done to ensure a product can still be manufactured in cases where the company decides to stop producing it.)

To ensure the company built the appropriate corporate structure, PlantForm sought support from the Canadian government in order to navigate these different legal customs. The company also turned to a Brazilian law firm to help the company protect its IP and to structure its licensing agreements.

What Will Be Key To Competing In Brazil — And Elsewhere?

The Brazilian government has funded a number of other partnerships to ensure there will be competition to keep biosimilar prices low. A higher number of competitors also means there will be other options should one of the partnership’s biosimilars not be approved. (Speaking of regulatory rejections, in March, ANVISA rejected an application for Celltrion’s trastuzumab biosimilar, Herzuma, FirstWord Pharma’s Duncan Emerton announced.)

Orygen Biologica, a joint venture of Brazilian pharmaceutical firms Eurofarma Laboratorios and Biolab Sanus Farmaceutica, is also working on a biosimilar for Herceptin, like PlantForm. This joint venture’s scientific director, Andrew Simpson, told BioWorld that the company is striving to be the first candidate on the market. “There will be an advantage in being to market first,” he says, because the first company will have 100 percent of the market share prior to other competition.

However, Stewart, whose company is still progressing toward an IND, does not feel that getting a candidate to market first will guarantee market dominance or long-term success. Though there are a number of parties battling to be one of the first to market, Stewart argues the secret to success lies in your marketing strategy. “While there is an advantage to being first in markets like the U.S. where you get protection for a period of time, the key to bringing biosimilars to the market is actually marketing,” argues Stewart. His opinion was formed after watching the evolution of the human growth hormone (HGH) biosimilar market in Western Europe. Though there were several HGH biosimilars approved and released on the market prior to Sandoz’s biosimilar HGH, Sandoz went on to be the best performer. According to Stewart, this has to do with the “Novartis marketing approach.”

Typically, a generic pharmaceutical company will employ high discounts and work directly with insurers to help providers offer the drug. Unlike innovators, however, representatives do not reach out to physicians to encourage uptake of small molecule generics. For biosimilars, which are currently being treated as a hybrid of a biologic and generic, Stewart believes marketing will single out the market winners. “A company, like Novartis, with an innovative drug, would have key opinion leaders,” Stewart describes. “They would have a sales force that goes in and details the drug to the prescribing physicians. That’s going to be the key for biosimilars to get and maintain market share.”