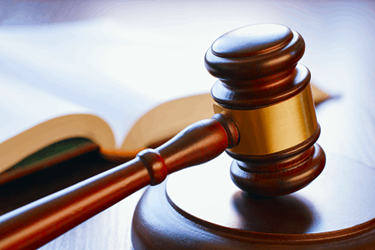 To be entitled to a patent, an invention must satisfy a number of patentability requirements, including the “patent eligibility” requirement under 35 U.S.C. § 101.  Part 1 and Part 2 of this three-part series reviewed the origin and history of the patent-eligibility requirement and jurisprudence and how the U.S. Supreme Court’s decisions since Mayo Collaborative Services v. Prometheus Labs, Inc. significantly raised the patent-eligibility bar, and examined the impact of Mayo on life sciences patent litigation in lower courts.

In Part 3, we will discuss what the current trend means for patent eligibility of biologic and biosimilar patents, which generally fall into the following four categories: (1) composition or formulation; (2) method of treatment; (3) delivery system; and (4) cell culture and manufacturing process.  If the trend continues, inventions directed to methods of treatment (especially for follow-on indications), or even compositions and formulations, are susceptible to Section 101 challenges, whereas those directed to delivery systems or manufacturing processes appear to be still safely within the “patent eligible” subject matters.

Bristol-Myers Squibb Co. v. Merck & Co., Inc., 2016 U.S. Dist. LEXIS 59959 (D. Del. Mar. 29, 2016), is the only reported decision addressing patent eligibility of inventions relating to a biologic drug.  The claims at issue related to a method of treating a metastatic melanoma by administering human or humanized anti-PD-1 monoclonal antibody.  Although the court denied Merck’s motion to dismiss because of material factual disputes concerning step two of the Mayo/Alice inquiry, it found that the claims were “directed to” a natural phenomenon because they “touch[] upon a natural phenomenon by using T cells to activate the immune system.” (The parties later settled before trial.)

To be sure, the Federal Circuit in CellzDirect (referenced in Part 1) seemingly blessed method-of-treatment claims, stating:

That one way of describing the process is to describe the natural ability of the subject matter to undergo the process does not make the claim “directed to” that natural ability.  If that were so, we would find patent-ineligible methods of, say, producing a new compound (as directed to the individual components’ ability to combine to form the new compound), treating cancer with chemotherapy (as directed to cancer cells’ inability to survive chemotherapy), or treating headaches with aspirin (as directed to the human body’s natural response to aspirin).

Nonetheless, as noted earlier, method-of-treatment claims have in the past few years been found by trial courts to be “directed to” an abstract idea, a natural phenomenon, or a natural law — the full spectrum of patent ineligible subject matters.  The CellzDirect panel’s appeal to tradition also rings a bit hollow, as many patent claims that would have easily been deemed patent eligible five years ago have now fallen under the Section 101 scrutiny.

While no serious Section 101 challenge has been mounted against composition or formulation claims in chemical/small molecule patents, the same cannot be said about nutritional supplement patents.  In the two Natural Alternatives cases mentioned in Part 2, the court held that claims claiming a human dietary supplement containing a specified unit dosage of beta-alanine were “directed to excluded subject matter — specifically beta-alanine, a natural phenomenon.”  Rejecting the plaintiff’s argument that a human dietary supplement was not a natural phenomenon, the court reasoned that “[s]tep one of the § 101 inquiry does not simply look to whether the overall claimed invention is itself a natural phenomenon. Rather, step one of the inquiry requires a court to look at what the claim is specifically directed to and whether what it is directed to is a natural phenomenon, law of nature, or abstract idea.”

Once a drug or nutraceutical composition claim fails step 1, a finding of patent ineligibility is all but guaranteed.  In the Natural Alternatives cases, at step 2, the court found that “placing a natural substance into a human dietary supplement to increase the function of tissues when consumed is a conventional activity, employing a dietary supplement to administer beta-alanine — a natural phenomenon — to achieve a high level of carnosine synthesis in a human — applying a natural law — is insufficient to render the claims at issue patent eligible.”  The same rationale, if applied to chemical or biologic drug composition claims, would likely put these claims in jeopardy.

If the trend continues, the composition and method-of-treatment claims of biologic drug patents are susceptible to Section 101 challenges — much more so than similar claims in a small molecule drug patent, because biologics by definition are much closer, if not identical, to “things of nature,” and their mechanisms of action invariably rely on laws of nature or can be described as natural phenomena.  While claims directed to cell culture or other manufacturing processes may be more difficult to prove infringement and/or easier to design around, they are generally “safe” from a Section 101 challenge.

The increase in patent eligibility threshold is generally good news for biosimilar makers, as patent-related legal battles remain one of the top challenges they face.1  However, the United States Patent and Trademark Office (PTO) has not tightened the scrutiny on patent eligibility as much as the courts.  Despite developing examination guidance on patent subject matter eligibility following Mayo, Myriad, and Alice, examiners at PTO continue to issue patents that will likely fail a Section 101 challenge in court.

Moreover, under PTO’s Subject Matter Eligibility Guidance, formulation claims are patent eligible so long as they recite a component that “has different structural and physical characteristics than its naturally occurring components” (such as a cream created from emulsified water and oil), or a mixture that “has a changed functional property” from the individual components (such as a vaccine comprising a peptide and an adjuvant).  Method-of-treatment claims will also be patent eligible under the Guidance, as it suggests that adding an “administering” step is sufficient to turn a patent-ineligible diagnostic claim into a patent-eligible method-of-treatment claim.  Thus, biologic formulation and method-of-treatment patents will likely continue to easily pass muster under Section 101 in the PTO.  The ever-popular Inter Partes Review (IPR) proceeding before the Patent Trial and Appeal Board is limited to invalidity challenges based on printed prior art and cannot be used to challenge the patent eligibility of issued biologic patents.

That means the validity of biologic formulation and method-of-treatment patents under Section 101 will still have to be litigated in court, the cost of which is often prohibitive to a small (or even midsize) biotech company.  According to American Intellectual Property Law Association 2015 Economic Survey, the estimated total cost through trial in a HatchWaxman action where more than $25 million is at risk ranges from $2.5 to $9 million.3

For a biosimilar drug maker, if you do find yourself in court, an early Section 101 motion (such as a motion to dismiss under Federal Rule of Civil Procedure 12(b)(6) for failure to state a claim, or a motion for judgment on the pleadings under Federal Rule of Civil Procedure 12(c)) may be something worth considering, especially if you are before a judge who has shown a willingness to invalidate drug composition/formulation or method-of-treatment patents under Section 101.  An early motion before any discovery will generally be even cheaper than an IPR petition.  If successful, even if it does not knock out all the patents-in-suit, it will put the case in a better settlement posture.