Physicians And Biosimilar Uptake: How Do We Move Forward? 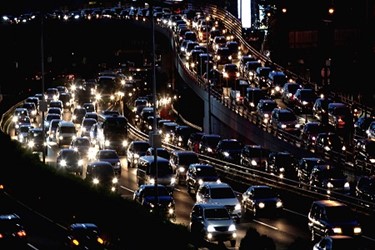 It’s a rare day when I attend a biosimilar conference and get to hear a physician discuss biosimilars on stage. Thus, you can chalk up the recent panel I observed comprising four physicians to a unicorn sighting. At the recent 2019 Biosimilar Medicines Conference in Amsterdam put on by Medicines for Europe, four physicians from different therapeutic areas — oncology, gastroenterology, endocrinology, and dermatology — took the stage and embarked upon a (verbal) quest to improve physicians’ and patients’ biosimilar experiences. (Children’s book idea, anyone?)

Now, when it comes to knowing physicians’ current needs, concerns, and biosimilar understanding, I’ll admit I’m ill-equipped. But over the past few months, I’ve been trying to advance my knowledge of these key stakeholders. A few months ago, I spoke with Dr. Gary Lyman, a U.S.-based oncologist who, throughout our discussion on working with the oncology clinical community, demonstrated an advanced understanding and comfort with the prospect of prescribing biosimilars. This interview was reassuring and arguably shows some progress has been made in the U.S. since the Biosimilars Forum published a 2016 survey revealing specialty physicians’ biosimilar knowledge and comfort levels. (Though, it’s important to note that Lyman is a bit of a unicorn himself in terms of his understanding of biosimilars.) Shortly after my interview with Lyman, I read a fabulous Q&A published by the European Society for Medical Oncology (ESMO) which featured the insights of Rosa Giuliani, a European oncologist. In this Q&A, she shared her thoughts on a recently published survey illuminating the prescribing habits of EU oncologists, along with future actions that could be taken to advance biosimilars’ use.

The oncologists’ outlook about biosimilars made me eager to learn more about how physicians in different therapeutic areas have been approaching biosimilars over the past few years. (In fact, Giuliani was one of the physicians at the Biosimilar Medicines Conference.) In addition to discussing current knowledge barriers and educational needs, I also appreciated the panel’s focus on the value of biosimilars (outside of cost) for patients as well as in current clinical practice. (Stay tuned for more on this in a follow-up article.) Here, I’ll discuss some of the current knowledge gaps in the different therapeutic areas. Similarly, I’ll delve into the discussions surrounding what educational strategies and guidelines may be needed on the hospital or national level to improve physicians’ and patients’ relationships with biosimilars.

What Factors Could Increase Biosimilar Uptake Across Therapeutic Areas?

Though there’s currently much buzz surrounding the oncology and rheumatology biosimilar spaces, this conference also emphasized that the endocrinology space is well worth attention for several key reasons. As Dr. Anton Franken, an endocrinologist in the Netherlands, explained, biosimilars are no stranger to certain parts of this therapeutic area. Somatropin, which was the first biosimilar approved in Europe for growth hormone deficiency, led to notable decreases in price and increased access among this patient population.

But endocrinology also encompasses diabetes, which has been on the forefront, at least in the U.S., because of the insulin cost and access issues and the FDA’s upcoming regulatory 505(b)(2) regulatory pathway transition. In Europe, where insulin has always been regulated as a biologic, business will likely remain as usual. However, the access to insulin globally, as well as the small number of biosimilar competitors (and ongoing innovator evergreening) leaves much to be desired. As Franken pointed out as well, there’s a large knowledge gap in the diabetes treatment arena, seeing as 80 percent of prescribers for diabetes patients are general practitioners. While specialty physicians treating patients in the hospital with biologics are the target of most biologic and biosimilar education these days, general practitioners are less likely to understand what biologics are, let alone biosimilars.

In addition to the ongoing need for education, a topic that has come to my attention over the past few months has been the clinical treatment pathway. I should hardly be surprised — there’s a lot more to education than just sharing the ins and outs of your particular product and its clinical profile, whether it be a biologic, biosimilar, or small molecule. Though there may certainly be a lack of knowledge about the intricacies of biologics and biosimilars, the knowledge gaps can extend much further afield. For instance, while the dermatology field has encountered a wealth of biologic drug development, including anti-TNFs, and IL-17 and IL-23 inhibitors, biologics in general may not be the standard of care according to each country’s physician associations. In some countries, biologics treatment is restricted to patients with the most severe disease states.

Though the entrance of biosimilars is being embraced and has encouraged earlier biologic access in the Netherlands, for instance, professor Peter van de Kerkhof, the CMO of the International Psoriasis Council, emphasized a challenge that remains is altering physicians’ step-wise prescribing habits. However, van de Kerkhof does feel there’s a change in the air. As he noted, there is more data demonstrating that patients with moderate disease activity are achieving better quality of life because they’ve been privy to earlier biologic treatment. We’re living in what he accurately termed a “self-learning healthcare environment,” especially considering the tools we have on hand today (e.g., registries) to track the impact of earlier biologic access on a disease such a psoriasis. The growth in earlier biologics intervention (due to lower-cost biosimilar use), along with the data backing up its success in patients, is paving the way for an altered biologics treatment pathway in the long term. Thanks to the developments in Big Data and analytics, van de Kerkhof envisions the increasing use of biosimilars will prove beneficial in helping researchers dig into how patients with certain characteristics may respond to earlier biologics access.

I also appreciated the line of questioning around how physicians access biosimilar education and how resources can be distributed and shared, whether it be on the hospital or national level. Obviously, the need for education on both fronts is critical, but the focus and scope of that education will differ.

For instance, on the hospital level, there is an opportunity for more cross-collaboration amongst the different therapeutic departments. As the moderator of the panel, Fernando de Mora, professor of pharmacology/consultant on biosimilars for the Universitat-Autònoma de Barcelona, pointed out, biologics like Rituxan are used to treat indications in different patient populations — in this case, oncology and rheumatology. This means the two different physician communities can (and should) be exposed to each other’s learnings and experiences with biosimilar usage. In fact, Giuliani shared she is grateful that she was able to hear about and learn from her colleagues’ experiences with biosimilars outside of oncology. There is an opportunity for any physician with positive biosimilar experiences in their therapeutic area to go back to their hospitals or practices and organize meetings to reassure physicians across therapeutic areas that there are no problems related specifically to biosimilars.

But in addition to more practical biosimilar-centric education, there’s also a need for sufficient accredited teaching materials both on the national and international level for all biologics. Like many careers, the physician’s role will continually advance and change as new research, information, and products are brought onto the market. As van de Kerkhof pointed out, for biosimilar-specific education, certain topics should be stressed both nationally and internationally. For example, physicians all over the world should be taught the difference between copy-biologics and biosimilars, as well as the variability between originator products.

Ensuring biosimilars are represented and discussed in the national physician association clinical guidelines can also go a long way to introducing biosimilars as a standard treatment choice within the broader biologics ecosystem. This attention could also continue to advance the clinical decision-making pathway in countries that have traditionally held back from biologics prescribing in the earlier stages of a disease.

Though I was unable to attend this conference last year in London, a key learning I took away from experts who attended was physicians’ ongoing need for practical, actionable information on introducing a biosimilar transition to patients in their daily practices. As such, I was intrigued by the mention of one organization’s use of a role-play-style program to guide physician conversations with patients. This also launched the panel into a broader dialogue on whether there should be specific guidelines at the hospital or national level to assist and guide patients and physicians through biosimilar transitions.

According to van de Kerkhof, much of the work can be done at the hospital level. For one, he argued that every switch should, of course, be discussed with the patient. But he also could visualize a future in which the transition becomes more natural for both patients and physicians to the point that it may not always be communicated (much like generics today). As he shared, in the Netherlands, any guidelines put in place on the national level are relatively broad and should remain general. For instance, topics that should be discussed include the general principles of biosimilars and the physician’s and patient’s roles in terms of a transition.

Giuliani agreed that, on the national level, policies should be crafted that firmly articulate the safety and efficacy of switching. Based on the amount of switching evidence available, we cannot ignore the fact of biosimilar safety and efficacy and national policies should be transparent about this. However, integrating switching protocol into national policies could pose challenges from an individual hospital standpoint.

For instance, on the hospital level, there are a number of nuances that may need to be considered when putting switching policies into place. For example, as Giuliani pointed out, hospitals may have preferences for certain formulations. In the case of Herceptin, while some hospitals may rely on IV administration, others may heavily rely on and prefer the subcutaneous formulation. Biosimilars are not yet available in a subcutaneous formulation, meaning hospitals would be faced with organizational changes if they wanted to switch entirely to a biosimilar (at least in the immediate future). Though it’s critical policies embrace the science of biosimilars and encourage their use in appropriate patients, it will also be necessary to keep the convenience factor for hospitals in mind, as well.