4 Questions You Should Be Asking About Biosimilar Adoption 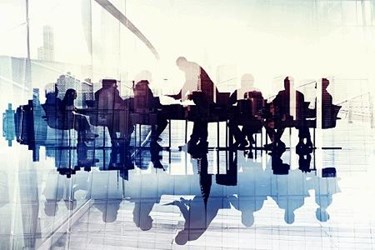 Over the past few weeks, I’ve been writing on the importance of biosimilar companies building solid relationships with U.S. payers. This topic was reinforced in multiple panel discussions at the World Biosimilar Congress USA, demonstrating that a company needs to be proactive and creative when building the case for its biosimilar. In addition to a presentation by Steve Miller, CMO of Express Scripts, this conference included a payer panel moderated by Harvest Moon Chairman Rich DiCicco. The panel included Express Scripts’ Miller and Doug Monroe, project manager, biotechnology, emerging technology, and specialty pharmacy, of Kaiser Permanente.  I’ve highlighted several of DiCicco’s questions in this panel, as well as these experts’ views on switching and interchangeability, biobetters, and biosimilar marketing mistakes.

Does Wall Street’s assumption that switching is a better strategy than interchangeability make sense given today’s treatment landscape?

As DiCicco discussed, according to Wall Street, 85 percent of biologics are dispensed in the hospital, which bases its biologic usage on the formulary. This means only 15 percent of biologics would be exposed to interchangeability at the pharmacy or via mail order. Therefore, one of the arguments he’s heard is that switching would be a more feasible plan for treating patients with biosimilars than interchangeability.

However, Monroe added, there has now been a shift in biologic administration practices. He stated, “It used to be a lot of biologics were given out in the hospital setting. However, now these drugs are widely dispensed in the clinic and in an outpatient setting.” For instance, with Kaiser, which also runs hospitals, Monroe claimed only a small portion of filgrastim is dispensed in the hospital setting, while the rest is provided in infusion centers or in an outpatient setting.

The U.S. is also now facing the imminent entrance of an infliximab biosimilar (in early October, if all goes well). Infliximab is administered via infusion, which suggests as this biosimilar hits the U.S. market, we’ll also see this drug administered more through infusion centers than in hospitals. Similarly, should pending legal issues be resolved quickly, the U.S. could eventually see the release of etanercept and adalimumab biosimilars — both of which would serve as outpatient competitors to infliximab. “This should also make Wall Street happy,” Monroe added.

Biosimilars vs. biobetters: Will biosimilars more often be relegated to second-line therapy?

A big concern among biosimilar players is that biobetters will be approved as first-line therapies, putting biosimilars into second place. But there are a few issues with assuming this is how the chips will fall in every scenario.

As Express Scripts’ Miller said, “Companies that come to us with a truly innovative product will be able to hold the premium on the market. We truly want to reward a company for that better therapy. But it’s been very hard for any particular company to hold that position over time.”

As more products are released on the market, a drugmaker faces more pressure to prove its treatment’s superiority to others. And acquiring the necessary information to prove this superiority is becoming more complicated. For instance, payers have begun pushing for comparative data rather than placebo-based trials. After all, comparing a drug to a placebo is not going to demonstrate that a treatment is better than the best treatment currently on the market.

Overall, biosimilar makers should expect the market to be heterogeneous. There will be times when a biosimilar is pitted against a biobetter and is relegated to a second-line therapy. But there will also be cases where innovators’ biobetters will not be able to meet payers’ hurdles.

“Oftentimes, we actually play this game where, until you prove that your product is better than the marketplace leader, we will put your product in the inferior position,” said Miller. “You can win the game if you truly have superior products, but that’s going to be harder and harder to prove in the long term.”

How could payers ensure biosimilars stand a fair chance against biobetters?

Monroe specifically called attention to the FDA’s decision (over a decade ago) to begin releasing its briefing documents revealing the candidate’s data, as well as reviewers’ analyses. This transparency has been particularly beneficial in helping a payer to compare agents and make decisions on the value of a therapy. However, in addition to better comparative trials, as Miller mentioned, Monroe also homed in on the need for a better system of collecting treatment outcomes within the payer organization.

For instance, he mentioned the work being done in the multiple sclerosis (MS) space. Much of the clinical work in the space is against placebos, which means it’s difficult to know if there has actually been any improvement in these medicines. (And yet, we’ve seen treatment prices rising at extraordinary rates in this space.)

“We should be demanding metrics, and outcomes should be measured on a regular basis for patients taking drugs over $50,000 to $100,000 a year,” argued Monroe. After all, in other disease spaces, medicines are only prescribed following the evaluation of certain metrics — for instance, hypertensive drugs require blood pressure metrics, and hepatitis C drugs require testing viral loads. “Why would you prescribe MS and rheumatoid arthritis drugs without some marker to tell you how a patient’s health has evolved or how groups of patients taking different therapies have fared after a certain length of time?”

This is the type of analysis Monroe expects payers should be pushed to perform, which will, in turn, lead to better clinical and more cost-effective decisions.

Another great point brought up by an audience member is that pharmacokinetic (PK) levels are not measured in the U.S. According to this delegate, there have been strong correlations between an anti-TNF treatment’s efficacy and PK levels. According to Miller, Express Scripts is currently at work on some experiments with companies that have knowledge on the bioavailability of the anti-TNF drugs. “That’s part of the evolution we’re facing: We have to have better biomarkers,” Miller explained. “We have to have better markers of a product’s efficacy so we can begin to employ more modern testing strategies that will enable us to use drugs in a more intelligent way. We are currently very behind when it comes to using these products in the best way.”

Though Sandoz was the first to cross the regulatory finish line with its filgrastim biosimilar, Zarxio, its launch was not seamless. For one, the biosimilar does not have a dosage for children. As an article in Modern Medicine highlighted, one hospital, when choosing between Neupogen and Zarxio, ended up choosing Neupogen because it came in vials. Zarxio was only available in syringes, which would present difficulties when trying to separate into smaller doses for pediatric use. In addition, the Zarxio product does not fit into a hospital Pyxis machine (an automated medication dispensing system), and there is no 340B program. All of these issues are being attributed to why the biosimilar’s market share is still relatively low. (As of March, Zarxio had knocked Neupogen’s market share down to 76 percent.) However, DiCicco claimed, when the company was asked at the JP Morgan conference this year if it had plans to fix these issues moving forward, it argued the lack of competitors, as well as the biosimilar’s pricing, would help the product attain and maintain a large market share.

Obviously, the price will play a major role in biosimilar uptake. As Monroe explained, Neupogen vials still have a place in Kaiser’s pediatric unit. But the discount Zarxio offered “was enough to inspire us to move market share, and we are now 93 to 95 percent Zarxio across the program,” Monroe offered. “So biosimilars can be adopted, if the price is right.” (Though the discount Sandoz gave to Kaiser couldn’t be shared, both Monroe and Miller agreed that a 30 percent discount is where a biosimilar candidate needs to start.)

However, it would be in a company’s best interest to ensure that marketing mistakes, such as the ones encountered with Zarxio, are eventually corrected. Should a competitor come onto the market place that has not made these mistakes, there is always a chance a payer could choose to renegotiate its contract for the new and improved biosimilar.