Russia's Biosimilar Market At A Glance 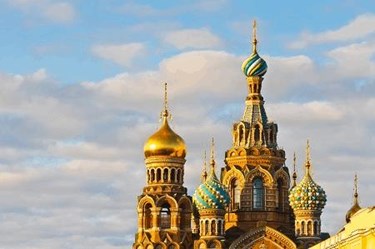 In 2015, Orion Pharma stunned the biosimilar industry when it offered a 72 percent discount for Remsima (infliximab) and effectively won the Norwegian tender. To this day, the discounts and uptake of biosimilars in Norway, Denmark, and Finland have been forefront examples of the positive impact biosimilars can have on health systems. However, after my discussion with Roman Ivanov, the VP of R&D for BIOCAD, a Russian biologics and biosimilar maker, it’s clear the Russian biosimilar market is another prime example of the positive impact biosimilars can have on a nation. In Russia’s case, oncology biosimilars have proven particularly influential in cancer care, not only because of their high discounts, but also because of the overall increase in patient access.

I was first introduced to Ivanov through an article he wrote for The Medicine Maker on the Russian biosimilar market. After a summer spent writing about several different nations, including Thailand and Brazil, I jumped at the opportunity to speak with him about the biosimilar market dynamics in Russia.

The U.S. and Europe have seen many companies targeting biosimilars in the rheumatology space. In addition, oncology monoclonal antibody (mAb) biosimilars are finally entering the markets or being ushered through the U.S. and the European Medicines Agency (EMA) regulatory approval processes. But as I came to learn, the biosimilar market in Russia has evolved differently than we’ve seen thus far in the EU and U.S.

How Biosimilars Have Impacted Russian Healthcare

The pharmaceutical market in Russia is dominated primarily by small molecule drugs. In fact, the market share of biologics within the overall pharmaceutical landscape in Russia is quite low — less than 11 percent. However, this percentage increases if you look at the government tender and the federal programs put in place to procure more expensive treatments.

For instance, as Ivanov described, biologics account for more than 30 percent of government tenders. These drugs are bought through different regional tenders, which are run by government hospitals or local municipalities. While these tenders can cover some of the more costly treatments, the expensive niche treatments for rare diseases, including multiple sclerosis, hemophilia, and other hematological diseases, are handled by a separate federal program called the Seven Nosologies program. Upwards of 60 percent of the drugs included in this program are biologics. The federal government oversees the distribution of drugs procured through this program and, once the treatment has been accepted into the program, patients can receive it for free anywhere in Russia.

However, as Ivanov mentioned, there is a big difference in how drugs are reimbursed in Russia compared to the U.S. and EU. The government in Russia prioritizes treatments for cancer, diabetes, and vaccines over the more chronic conditions in the rheumatology space. For instance, while drugs like Humira and Enbrel are widely used and have racked up large drug spends in the U.S., the markets for these anti-TNF drugs in Russia are much more modest. Those seeking full reimbursement for one of these treatments are placed on a long waiting list or end up having to purchase the drug themselves. In some cases, patients who develop a physical disability from their condition may be eligible for governmental reimbursement programs.

“For years, the number one biologic was rituximab, because every patient with leukemia or lymphoma was granted access to the drug,” Ivanov shared. “Rheumatology is one of the largest underserved markets in Russia today. With greater patient access, the rheumatology market in Russia would likely be four- to five- times larger than it is now. We estimate that this number is currently below 10 percent.”

In Russia, The Price Must Be Right

In his article for The Medicine Maker, Ivanov stated biosimilars are considered interchangeable with reference biologics in Russia. Just like in the U.S., interchangeability permits pharmacy level substitution without a physician’s consent. As such, price plays a key role in the decisions behind which drugs are selected for the government tender.

As the global market continues to unfold, the pricing of biosimilars has, naturally, received a lot of attention. Russia’s biosimilar market is no stranger to high discounts. Rituximab biosimilars are currently on the market at a 40 to 50 percent discount. But when it comes to the other oncology leaders Avastin and Herceptin, biosimilars are no stranger to a 70 percent discount. For instance, BIOCAD originally launched its Avastin (bevacizumab) biosimilar in 2015 at a 30 percent discount from the originator. However, just last year, following a price war with Roche, BIOCAD saw its biosimilar discounted more than 70 percent. Though some companies might be uncomfortable about price wars in general, these discounts have worked out in both patients’ and BIOCAD’s favor. In some countries, biosimilar prices have posed little incentive for patients and physicians to make the switch from the reference product. But in Russia, the lower price was a beacon for physicians who had often expressed concern over Avastin’s cost-benefit ratio.

“If we count the number of vials used in the market today, the percentage of patients using bevacizumab has tripled since the arrival of the biosimilar,” Ivanov calculated. “In fact, despite the steep 70 percent discount, the bevacizumab market is expected to continue increasing in monetary value as more patients gain access to the drug.”

Though these low prices may raise concerns about return on investment (ROI), Ivanov added, “Because our cost of goods is low and cost of development was moderate, the project is still a success. The growing market is an upside.”

BIOCAD is not alone in its work to bring cheaper biologics to Russian patients. However, because of the changes in local regulatory requirements over the past few years, many companies found it difficult to continue in the biosimilar space. “There were a few companies in Russia that were working on copies of granulocyte colony-stimulating factors (GCSFs) and epoetins,” Ivanov explained. “But many of these were developed prior to the harmonization of biosimilar guidelines with the EMA. So today, many of these copy-biologics have been imported from Latin America and India.”

There are currently 10 GCSF (filgrastim) biosimilars on the market, but BIOCAD has garnered over 60 percent of the overall filgrastim market. In terms of the more complex mAb biosimilars, there are very few approved in Russia today. In addition to BIOCAD’s, there are only two: Celltrion’s infliximab and Dr. Reddy’s rituximab.

Ivanov expects more biosimilar market approvals in Russia from Amgen, Sandoz, and Boehringer, and some companies have begun or already completed their registration clinical trials in Russia. However, launch of BIOCAD’s biosimilars and recent depreciation in currency have brought the costs of bevacizumab and trastuzumab biosimilars down five to six times less than current EU costs. As such, Ivanov advises that any companies looking to enter the Russian market brace themselves for a very price-competitive environment.