The BBCIC: Ushering In The Age Of Biosimilar Post-Marketing Surveillance 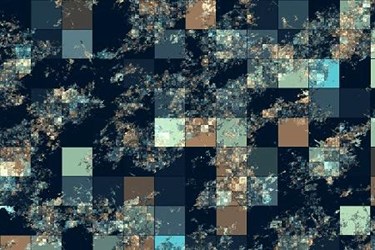 I first met Bernadette Eichelberger, the program director of the Biologics and Biosimilars Collective Intelligence Consortium (BBCIC), last fall at the Biosimilars Council Leading on Biosimilars Conference. Eichelberger was a great person to meet at this time in the biosimilar industry, as she and the participating members of the BBCIC are in the midst of undertaking one of the biggest challenges facing the industry: biosimilar post-marketing surveillance.

Many of the conversations I have about biosimilar market challenges circle back to tracking marketed biosimilars to ensure there have been no serious adverse events or spikes in immunogenicity. This is especially important today in the U.S., where patient, physician, and pharmacist confidence has not yet been earned. In addition, brand campaigns emphasizing biosimilars’(clinically non-meaningful) differences from the brand stoke doubt, despite numerous reports emphasizing biosimilar efficacy.

News of the BBCIC, which was established in 2015, has been catching on among the different stakeholders in the biosimilar industry, including payers, pharmacy benefits managers (PBMs), biosimilar companies, and pharmacy associations. Despite its young tenure, the BBCIC has 17participating organizations, including Aetna, Anthem-Healthcore, Apobiologix, Express Scripts, Harvard Pilgrim Health Plan, HealthPartners, and Henry Ford Health Systems. (A full list of participating members can be found below.) Eichelberger boiled down the group’s overall mission to one concise and appealing phrase: “The premise of the BBCIC is to ensure science wins out over anecdotal reporting about biosimilars.”

Establishing The BBCIC: How The Parts Align

The BBCIC, much like The Biosimilars Forum or The Biosimilars Council, is an organization that is run by its members. The BBCIC is an independent, policy-neutral entity. The organization — its planning board, science and communications committees, data and standards working group, and research teams — comprise members from each partner organization.

“Every type of stakeholder — whether they be in managed care, an integrated delivery network (IDN), PBM, or pharma — has a seat on the planning board,” she explained. “They are part of the science committee. Once the planning board and science committee approve a research project, we pull together a research team from within our members. If we need more expertise on a particular research topic, we go outside to find that expertise.”

The organization also includes what Eichelberger calls “public participants.” One of these public participants is the National Health Council, which is a consortium of patient groups. The BBCIC is also collaborating with experts from the American College of Rheumatology (ACR) and the American Society of Clinical Oncology (ASCO).

In addition, the BBCIC works with an FDA Liaison, Robert Ball, deputy director of the FDA’s Center for Drug Evaluation and Research (CDER), Office of Surveillance and Epidemiology. He serves as a particularly important resource, given the FDA’s work on the Sentinel Initiative, which is the FDA’s national electronic system for monitoring the safety of approved drugs and medical devices. Though the BBCIC is not using Sentinel, it has established the same common data model. Ball’s role as FDA liaison is to help the BBCIC ensure it doesn’t “reinvent the wheel,” so to speak.

“We in the BBCIC wanted to ensure we were in touch with all the other largest surveillance mechanisms in the U.S. so that we’re able to take advantage of what has already been created,” Eichelberger explained. “That was the original premise of BBCIC: to be nimble by using and building upon resources that other groups have developed.”

Not only does this make the BBCIC’s mission more efficient and cost-effective, it’s also a great benefit to the biologics and biosimilars space because it means more time dedicated to the necessary research and surveillance.

A Deep Dive Into The BBCIC’s Current Projects

In an industry where transparency is demanded but still a work in progress, the BBCIC’s main goal is to be as transparent as possible about its research methodologies and the performance of biosimilars. As the group uncovers important findings from the data, or accomplishes a particular step of its research goals, Eichelberger said the group will publish the information — either on the BBCIC website or in a scholarly publication.

And, so far, the group has been on a roll. Since the BBCIC began forming research teams in Q2 of 2016, three research teams put together and wrote three protocols, had them approved by the science and planning committees, and published them on clinicaltrials.gov. The group is now working on descriptive analysis for the insulin, anti-inflammatory, and G-CSF spaces.

“Because we didn’t really have enough G-CSF biosimilar use to do comparative work between biosimilars and the reference products, we spent 2016 making sure we’re able to measure the important outcomes and exposures with our current partners,” said Eichelberger. “If we should find we don’t have the right data to carry out the comparative work, for transparency’s sake, we would write a report about what we need to do to fix that.”

The BBCIC is close to completing the descriptive analysis portion for the insulin space, with hopes of completing analysis of G-CSF data by the end of June 2017. For both spaces, the goal of the descriptive analysis is to ensure the group is actually able to measure specific outcomes — for example, cardiovascular outcomes, hypoglycemia, and A1C in diabetes patients. The research team is responsible for writing the protocol specifying which type of patients to look for or exclude from the data. For instance, the researchers can choose to exclude patients who have been diagnosed with certain types of diseases or toxicities within the last six months. Once the coordinating center runs those specifications, the data is delivered to the research team for analysis, for follow-up questions, and a determination that the data has been run correctly.

As of March, the data for the G-CSF category was just beginning to come in. Researchers have been working to identify the right patients, for instance, those who have completed their first cycle of chemotherapy with G-CSF. Some of what the researchers are hoping to determine by looking at the data is how many days each patient took the treatment, as well as the covariates within this patient population — for example, what form of cancer they have (i.e. breast or lung cancer), how long they’ve been sick, and what other health complications they have. “There’s somewhere around 50 different covariates in that group alone,” Eichelberger pointed out. Researchers are also taking note of absolute neutrophil count (ANC) in order to determine the overall impact of the G-CSF treatment.

Following the completion of these analyses, the consortium plans to do a write-up and publish the results. Over the upcoming year or so, Eichelberger expects the group will release upwards of three descriptive analysis reports in the insulin, G-CSF, and anti-inflammatory spaces, which will help pave the way for comparative studies.

Comparative effectiveness studies, however, will be their own animal. The U.S. has not yet had enough exposure with anti-inflammatory biosimilars to effectively measure their impact — especially after switching. Eichelberger envisions the group will eventually carry out some switching studies. The BBCIC would uncover how accurately switches have been recorded and how they impact the patients’ health in the long-run. For instance, these studies would seek to determine the number of switches the patient has encountered, and if there is an adverse response, to determine if it was caused by switching to the biosimilar or some other factors (i.e., starting some new medication(s) around the same time).

“When I want to compare Remicade to Inflectra, we’re going to want information on hand that suggests X number of switches or X duration of therapy produces a certain effect,” she explained. “That information will be among the covariates in a comparative effectiveness study.”

Staying true to the BBCIC’s transparency goals, there will also be a paper published this year outlining the best practices for statistical methods, so it’s clear how the research teams will approach conducting their comparative effectiveness studies.

As stakeholders — especially epidemiologists — have acknowledged, obtaining and interpreting real-world evidence (RWE) is fraught with challenges. There are barriers to interpreting a biologic’s effect — for instance, patients’ lack of adherence, different dosing regimens, ages, and/or a lack of documentation.

In the anti-inflammatory and rheumatoid arthritis space, Eichelberger identified one of the issues to carrying out the BBCIC’s research: the difficulty in measuring efficacy. “You can measure adverse events,” she explained. “But measuring efficacy is difficult, because not every physician — or very few physicians in general — ever supply an ACR50 score [American College of Rheumatology 50 percent improvement criteria]. This information isn’t in their Electronic Medical Records (EMRs), nor is there a strong methodology to show that a drug is working.”

But Eichelberger is optimistic that, with the assistance of The National Patient-Centered Clinical Research Initiative’s (PCORI) PCORnet, the BBCIC will be able to overcome these documentation issues. PCORnet, which is an organization of 29 individual networks in possession of scores of clinical and health data, currently operates upwards of 15 patient-powered research networks (PPRNs). These PPRNs are applying different methodologies, for instance Routine Assessment of Patient Index Data (RAPID3), to measure the improvement or worsening of RA patients’ conditions.

Though PCORnet is unable to tie the fluctuations of a disease state to a specific treatment, the organization has teamed up with one of the BBCIC members from Anthem Health Insurance to tie Anthem’s data to PPRNs and hospital registries. This will help unite data from inpatient and outpatient hospital facilities and outpatient care, creating a “longitudinal view,” or richer EMR data and more detailed PPRN outcome data. (The end date for this project is October 2018.)

The BBCIC’s descriptive analysis and comparative efficacy studies (beginning in 2018) will be ongoing as more biosimilars come to market. Given the rapid improvements in RWE infrastructure that FDA, PCORnet and others are facilitating, as well as the BBCIC’s growing, diverse membership, it is already well-poised to tackle data from a variety of sources.

“I think everybody really wants to be able to tell the biosimilar story, and you need the data to provide a fair representation,” Eichelberger offered. “The BBCIC is working to test the hypotheses on biosimilars instead of letting fear win the day.”