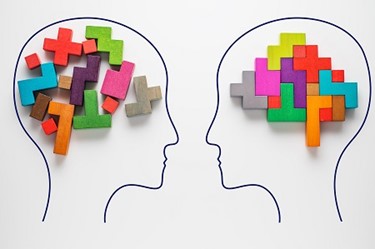 Quite often in this industry, we refer to education as a singular initiative put together by one organization or a collaborative effort amongst several stakeholder organizations. Each biosimilar company is no doubt involved in putting together some form of stakeholder-centric education, whether it be social media campaigns, FAQ-type handouts, or a biosimilar-specific educational portal on a company’s website. But little attention is paid to the behind-the-scenes, day-to-day educational efforts carried out by companies’ medical science liaison (MSL) teams.

MSLs, which are typically part of the medical affairs team, are primarily tasked with building relationships with KOLs and educating members of the healthcare practitioner (HCP) communities in specific therapeutic and/or geographic areas. Some of their most important roles within an organization include recruiting or managing KOLs, sharing scientific product or trial information, and connecting HCPs with internal contacts for investigator-initiated trials. In some cases, they may even work alongside their company’s commercial team to develop a brand or other market strategies — though this connection to the commercial team is highly dependent on the company’s overall organization. Despite the fact I’ve only met a few of these experts, I know these teams are very much alive and operating within today’s leading biosimilar companies.

It was because of this, as well as our ongoing calls for education, that I added the Industry Standard Research (ISR) report entitled, “Benchmarking the Pharma Industry’s Medical Science Liaison Function,” to my reading list this month. Much of the work done by MSLs happens in doctors’ offices all over the country — and globally. But as the topic of sustainability continues to dominate biosimilar industry conversations, how these specific teams are organized, evaluated, and can evolve will be critical for biosimilar companies to consider as they shape their businesses to best fit the market’s future needs.

Though the report does not focus specifically on the role of MSLs in the biosimilar space (all participants were grouped according to the size of their anonymous companies), there were a few salient points to note for biosimilar companies as they consider the evolving roles and integration of these teams. In this article, I share insights from Andrew Schafer, president of ISR and author of the report, as well as reveal some of the findings I feel will be most important for biosimilar makers moving forward.

Where Do MSLs Fit Into The Equation?

The roles MSLs play in the pharma industry is never included in my typical daily reading, nor has the subject been broached at any of the biosimilar-related conferences I’ve attended. The importance that MSLs remain neutral, scientific experts and relationship builders could explain why they’re kept out of the public spotlight. But as Schafer pointed out, this is a critical time for companies’ pipelines and, in turn, for the expertise medical affairs teams can bring to key stakeholders. Indeed, ISR chose to look into MSLs partially because they are less investigated than other company teams — for instance, commercial sales teams, which garner lots of market research dollars.

It would be inaccurate to claim the biosimilar industry is in any way less complex than the innovative large molecule space. Considering alone the complexities surrounding the regulatory approval process and what it means for biologics and biosimilars to be only “similar” from batch to batch, Schafer argues the MSL is critical in helping HCPs fill in the blanks on the science behind these products.

Like any department or expert, however, there are a number of challenges companies can face in establishing these teams, as well as managing them. For one, there can easily be a perception problem, in that HCPs may equate MSLs to traditional sales reps looking to sell a product, as opposed to discussing the product’s mechanism of action. Given a core goal of an MSL is to build trusting, mutually beneficial educational relationships with HCPs, these misperceptions can be a setback. “Their credibility in the scientific and medical world depends on their ability to be seen as an independent source of information,” Schafer added. Similarly, hiring for these positions is no mean feat, because many of them boast backgrounds serving as HCPs and/or they hold Ph.D.s. “You realize quickly that qualified MSLs don’t grow on trees,” said Schafer.

As the biosimilar industry continues to shake out, we’re finding a majority of the players are larger firms with seemingly unlimited resources and likely large, established medical affairs teams. However, Schafer expects small to midsize pharma companies to have the greatest challenges recruiting and managing MSL teams. Given the fact these are high-salaried positions and require a lot of paid travel, it’s easy to see why the biggest hurdle for small companies would be financial in nature. But in both small and mid-size companies, it’s also important to think about how the MSL team fits into the organization as a whole. Not only does an organization need to have the financial capabilities to support the MSL team, but it also needs the appropriate departmental infrastructure. “Large pharma has the resources and experience to develop new roles and place them into the existing organizational infrastructure, whereas the infrastructure may not be there in a small or midsize company,” said Schafer.

Indeed, one of the main differences among the companies and the experts interviewed in the ISR report had to do with how much of a firewall exists between the commercial side of the business and the MSL team. There are sound reasons for why stricter firewalls exist within organizations. Scientific knowledge is truly separated from the bias of commercial or sales objectives and leads to greater trust amongst KOLs.

But there are also drawbacks to this structure. Among the report’s respondents, a small but opinionated handful of experts argued against strict firewalls because of the importance of collaboration between medical affairs teams and the commercial team for the overall company strategy. One expert argued this segregation, naturally, led to knowledge silos. In turn, another respondent pointed out that these silos can encourage each team to pursue their own potentially unaligned goals. In this case, strict clinical education ends up being qualified as something that is simply a “nice-to-have support function,” as opposed to a necessity from a return-on-investment standpoint.

In fact, these perspectives reveal one of the greatest pain points in managing MSL teams. It is difficult to measure the impact an MSL and its work have on the growth of the overall business. This has led companies to establish a number of quantitative and qualitative metrics to “measure” the relationships MSLs have with their KOLs. The quantitative measures are what you’d likely expect; they include the number and frequency of KOL visits, lengths of consultations, and the enrollment of KOLs in clinical trials, among others. Qualitative evaluations, on the other hand, are commonly (among survey respondents) gleaned from observations of MSL consultations, visit write-ups, and the MSL’s knowledge of the science or pipelines in their therapeutic area.

But questions persist about whether these are the best ways to measure and promote the importance of this role in a company. Overall, many of the report’s respondents felt funding for the MSL team is scrutinized by company leadership because of the difficulty to provide firm, quantitative measures for the impact of an MSL team on the overall business.

Seeing as most biosimilar companies today no doubt have their MSL teams up and running, a lot of the information in this report provides a good picture of the challenges of managing these teams. But I felt the most implications for biosimilar MSL teams were in the section polling experts about how they saw this space evolving.

In the biosimilar space, we’ve been more than clear that we’re not small molecule generics. In fact, some companies are even declaring they’re pursuing a branded approach to marketing their biosimilars. But in the end, in addition to promising the same clinical effect as the originator, lower prices and greater access are a large part of biosimilars’ value proposition. As HCPs in both the oncology and chronic disease spaces see innovative drugs come out with large price tags and face price increases on already-marketed drugs, cost-effectiveness has become a more critical aspect of any drug’s profile. As such, it makes sense that the role of the MSL will continue to face a difficult balance between the scientific and commercial — especially in the biosimilar space. After all, there’s also a blurring of the lines between commercial and scientific when it comes to understanding the regulatory science behind a biosimilar.

For example, there is still great confusion surrounding the concept of interchangeability in the U.S. From a commercial standpoint, it’s not often understood that biosimilars cannot be automatically substituted by the pharmacist without additional approval from the FDA. But there are also increasingly loud calls from the industry to ensure education emphasizes that interchangeable biosimilars are not higher quality than non-interchangeable biosimilars. Therefore, interchangeability requires an understanding of both the regulatory science behind the designation, as well as what the designation means from a commercial and prescribing perspective.

HCPs’ increasing attentiveness to drug pricing was cited in the report as just one factor that may push MSLs to evolve into or adapt similar responsibilities as health outcomes professionals. As one expert emphasized, we’ve already begun to see new “types” of MSLs enter the ring, including outcome liaisons and managed market liaisons that direct their attention to payer groups. That last group of specialists alone poses an interesting opportunity for companies with biosimilars, given the ongoing hurdle of working with payers.

As is often the case, future evolutions will impact each company differently. But given how closely regulatory science, commercialization, market access, and affordability are intertwined within the biosimilar industry, it wouldn’t surprise me to see the evolutions mentioned in the report particularly impacting teams educating HCPs about the ins-and-outs of biosimilarity.

In order to face these potential evolutions, Schafer pointed out that training will be critical for companies to successfully manage their MSL departments. “Think about how your MSLs are going to be trained initially and then in an ongoing manner,” he shared. “Science is constantly changing, and so are development pipelines, clinical trials, and the competitive landscape. MSL departments need to have the stomach and the resources to provide consistent and constant training.”