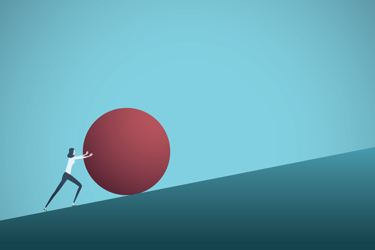 Though the world may be far from normal these days, the biosimilar world returned briefly to (some sort of) normal a few weeks ago as the 2020 DIA Biosimilars Conference aired virtually. I was thrilled to have been invited once more to be on the organizing committee with some of the foremost brains in the biosimilar space today.

Now that we find ourselves on the other side of the conference, I have been thinking quite a bit about my overarching takeaways. Those of you scanning recent biosimilar headlines have likely noted that the biosimilars market is starting to boom — particularly in the oncology sector. IQVIA, Sanford Bernstein, and Amgen have all released reports recently breathing new life into an industry that — just a short year ago — was defending its very need to exist. Given the excitement of the past year from a market dynamics perspective, the conference had its fair share of discussion on the increasingly glittery market dynamics.

But the shifts in Wholesale Acquisition Cost (WAC), Average Sales Price (ASP), and market uptake percentages — while meaningful — resonated less with me overall throughout the conference. Instead, I was struck by just how much (often overlooked and unacknowledged) hard work is happening behind the scenes, specifically with regulators, providers, and sites of care to deliver us these glitzy market performance stats. So often, successful competition is attributed only to the right price and formulary position. These factors are certainly important, but as the DIA conference clearly demonstrated, this is hardly scratching the surface of what must be done to encourage and implement biosimilars.

Overall, the conference provided an excellent break-down of all the mechanisms behind-the-scenes that individual stakeholders have implemented to start and/or keep the overarching biosimilar engine running smoothly. There were a few efforts from each stakeholder — in particular, the FDA and providers and pharmacists — I wanted to single out as being particularly critical to the inner workings of this market. I’d argue these efforts are just as noteworthy —perhaps even more worthy — of celebrating as biosimilars’ resulting market performance.

Since 2017, the FDA’s New Drugs Regulatory Program Modernization effort has been underway to modernize its overall structure and, in turn, its review processes. In his DIA keynote, Peter Stein, the director of the FDA’s Office of New Drugs (OND), CDER, explained that this effort aimed to refine the agency’s scientific leadership, grow its internal expertise, and bolster overall collaboration and interdisciplinary work on a broad level.

He spent a few minutes of the keynote outlining the reorganization of the OND, which was completed in March. “With this reorganization, we created greater alignment within our organization and created therapeutically-focused divisions that were appropriately sized for the work we wanted them to do,” he explained. “We established the new Offices of Program, Administrative, and Regulatory Operations; the Office of New Drug Policy, the Office of Drug Evaluation Sciences, and the Office of Therapeutic Biologics and Biosimilars.” In addition, the agency added an additional eight therapeutic-specific clinical offices, including (but not limited to) infectious disease, oncologic diseases, immunology & inflammation, and specialty medicine.

Though Stein described this effort as a “means to an end,” the breadth of this reorganization is certainly notable — especially as we think about the inner mechanisms guiding biosimilar success. Reorganizing anything as large as the FDA is hardly a mean feat from a logistics standpoint, let alone if we consider the work that must go into knocking down knowledge silos and ensuring the agency’s resources are being efficiently and effectively employed.

A few years ago now (which just shocked me to type…), the FDA introduced its Biosimilar Action Plan (BAP). There were several tasks the FDA promised to undertake, in particular: Improving the efficiency of the biosimilar and interchangeable biologic development and approval processes; developing effective communication and educational strategies; and improving regulatory clarity through guidances. Hiring and retaining staff has also been a concern of the industry during the past few Biosimilar User Fee Amendments (BsUFA) negotiations.

Though this reorganization has many different overarching goals — many of which aren’t exactly biosimilar-centric — I still felt this portion of Stein’s presentation was worth drawing attention to. As we think about all the moving parts that make an industry, these larger initiatives on the agency level (hopefully) will help it better accomplish its industry-specific goals. Though Stein acknowledged that biosimilar-related meetings have been slightly down in 2020 compared to 2019, there are some hot regulatory discussions ongoing — from making the Purple Book a useful tool for biosimilar developers to the ongoing conversations on tailored biosimilar development.

In fact, given the Medicines and Healthcare products Regulatory Agency’s (MHRA’s) bold declaration (aka draft guidance positing) that 2021 may be the year for tailored biosimilar development to take shape in the U.K., I think I speak for a majority of the industry in saying we will need the FDA ready and operating at its most efficient levels to ensure similar discussions prosper outside of the U.K.

Ok, the provider and pharmacist panelists didn’t exactly say it that way (^) — they were infinitely more eloquent. However, walking away from the conference, I found myself feeling incredulous over the system-wide efforts providers and clinical pharmacists have implemented to introduce biosimilars to their patient populations.

Once these products are placed on a payer’s formulary, it can be easy to think that the work stops there. After all, the providers have acknowledged the increasingly complex biosimilar and biologic payer contracting practices dictate which products are given to which patients. But as has been said multiple times on this site and others, these payer arrangements can be an operational nightmare from an administration and billing standpoint. To build familiarity and comfort with these products and to ensure that the prescribing and administration process runs smoothly, an elaborate system of protocols must be put in place.

There are several different facets to this “behind-the-curtain” work. It goes without saying that education is a critical place to start for any site of care. As Dr. Ali McBride, clinical coordinator of The University of Arizona Cancer Center explained, “Though it may be hard to believe that we’re still saying this at this point in 2020, but there is still a lack of information and understanding on topics like extrapolation. Just the other day, I had a conversation with one of my team members addressing extrapolation because they were unaware of how and why biosimilars are approved using extrapolation. We are probably going to have about five more years of this type of education to ensure our team members, nurses, and patients are confident in these products — especially now that they’re being integrated into our care pathways.”

That integration piece of the equation, as he described it, is currently a “daily struggle”— and he did not mince words. After all, the workflow he outlined for implementing biosimilars into practice comprises 12 different steps. Following the approval of a treatment by the pharmacy and therapeutics (P&T) committee, an oncology clinic site of care has to tackle the following: EMR implementation; stakeholder education; chemotherapy order entry; inventory management for the brand and biosimilar; financial authorization; prior authorization; payer approval; copay assistance/medication assistance; chemo administration; pharmacovigilance; and FINALLY, verification of the correct billing.

There could easily be a couple hundred words written about each of these processes of which I can hardly do justice in the constraints of this article. However, as McBride emphasized, a misstep in EMR integration, authorization, or order entry could result in the wrong product being administered, a payer rejection, or confusion on the patient assistance level — the last of which McBride emphasized is more critical than ever today for patients in this pandemic. In fact, though every clinical stakeholder touches a part of the implementation process, McBride pointed to the finance team as being the “most salient, if not essential” piece of this puzzle.

“Our finance team members are facing the biggest challenges because there are so many variances in terms of what they’re being told is approved versus what the payers are telling us,” he shared. “So, we have to do continuous reeducation because if there’s an error in financial approval, there’s a reimbursement level issue we have to address with revenue integrity.”

In addition to operational-level efforts, the clinical implementation of a biosimilar transition is also worth noting. Shubah Bhat, ambulatory care clinical pharmacy specialist, gastroenterology for Boston Medical Center, identified how the system transitioned 179 eligible IBD patients to an infliximab biosimilar. After identifying the stable patients on infliximab for more than 6 months and ensuring they met the acceptance criteria for the program, the team sought prior authorization four weeks out from the patient’s next infusion date. Upon payer approval, the patients were contacted two to three weeks prior to the infusion to be informed of the transition and to give their consent. Treatment plans and prescriptions were then updated for those that agreed to the change.

The Boston Medical Center transition program is a great example of success in a space that has encountered quite a bit of physician and patient reticence. As Bhat outlined, of the 179 eligible patients for the transition, 15 were excluded because the payer would not cover the selected infliximab product. An additional seven were left out because they were not consistently located in the Boston area and may have been using a different infusion clinic with a different infliximab product on formulary. Altogether, there were only three physicians and three patients that did not consent to the transition. Out of the 151 patients that transitioned, only five patients did not continue to receive the biosimilar from Boston Medical. As Bhat emphasized, none of these five left the study because of the biosimilar itself; primary reasons included treatment or site of care change or the patient was lost to follow-up.

Overall, this was an encouraging look at how a switching program can work if the appropriate steps are taken for implantation. In addition to ironing out best practices and protocol, Bhat spoke to the benefits of a program. “We also were able to assure our providers and patients that we could also do our own internal real-world monitoring to track and show in real-time that biosimilars are not leading to worsening outcomes or worsening disease,” she added.

The Big Picture, In Brief

These example above all speak to the flurry of activity that is happening across the country in terms of biosimilars. It is important to remain level-headed and note that wide variations in terms of uptake and implementation of biosimilars still remain across the different healthcare systems and sites of care. But I will leave you with one more piece of hopeful news from Biosimilar Development board member Sean McGowan of AmerisourceBergen.

It goes without saying that sites of care have faced greater financial pressures through the pandemic. As such, he has been fielding many more calls about implementing biosimilar strategies from hospitals, health systems, and infusion centers that, until now have not pursued biosimilars. “Last year, I may have been engaging every month in a conversation with a customer about a biosimilar integration strategy,” he qualified. “Today, I’m receiving calls on a weekly basis as a lot of existing customers are moving biosimilar implementation to the top of the list.”

This means that all across the country, there are more and more teams of pharmacists and providers mobilizing behind the scenes to put all the steps illuminated above in motion. Pretty cool, huh?