The Past, Present, & Future of Biosimilar Manufacturing 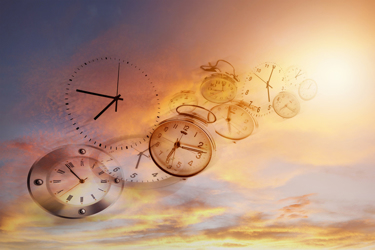 A few weeks ago, I wrote an article highlighting some of the glittery news you may have missed through the stress of the ongoing pandemic. Over the past few years, the evolving regulatory pathway and the many commercial/business nuances have often overshadowed the discussions occurring on the manufacturing side of things. But several publications from this summer brought biosimilar manufacturing into the spotlight.

One of these publications, entitled “Approval of Biosimilars: A Review of Unsuccessful Regulatory Filings,” revealed the most common issues flagged by the FDA and EMA in biosimilar applications. After reading this publication, I reached out to lead author Dr. Anurag Rathore, coordinator of the DBT Centre of Excellence for Biopharmaceutical Technology at the Indian Institute of Technology. I wanted to learn more about his findings from the past and which aspects of biosimilar manufacturing remain the most challenging for biosimilar makers today. Given the importance of cost of goods in this space, I also asked for his predictions on which technologies and manufacturing strategies would be the most impactful as biosimilar companies consider future pipeline products.

Biosimilars In The Past: Common Stumbling Blocks

About a quarter of the rejected applications were because of problems establishing product comparability. In some cases, quantitative and qualitative differences were noted between the biosimilar and reference products’ impurity profiles and/or the rate of adverse events. In situations where candidates either lacked PK studies or such studies revealed questionable variabilities, regulators typically rejected the application or asked for additional information. As regulators have begun to acknowledge, the PK study’s enhanced sensitivity makes it a much better tool than comparative efficacy studies to determine a biosimilars’ high similarity. As such, failed PK studies will almost inevitably result in a biosimilar’s rejection.

Outside of comparability, issues with process validation and lapses in GMP or GCP were two other common issues biosimilar developers faced. As Rathore explained, environmental or material-related factors can influence any biologics’ molecular and clinical profile. Should these factors not be suitably controlled, there could be quality shifts from batch-to-batch of a biotherapeutic product, whether a biosimilar or a reference product.

For a biosimilar, in particular, there is arguably even more pressure placed on a manufacturer to establish process control because the biosimilar must fit within the same quality ranges as the originator product. “For every step you are designing, you have a target that has been preset for you and that’s what you need to match,” Rathore said. Some of the most common process validation-related issues Rathore identified in rejected biosimilar applications included inadequate documentation or identification of certain purification steps, control strategies, or equipment validation. Though process validation has been biotech’s bread-and-butter for decades, he did point out that some of these errors could be due to a lack of experience, particularly among smaller companies.

That said, however, large, experienced pharma companies certainly were not spared regulatory GMP and GCP censure over the past few years. Though Rathore anticipated that the comparability exercise would be the most common stumbling block for biosimilar makers, GMP and GCP issues were much more common for both small and large biosimilar makers. “The majority of rejections were not because manufacturers couldn’t develop a highly similar biosimilar, but because they were unable to meet typical regulatory expectations around quality and manufacturing,” Rathore explained.

This was a good reminder for all manufacturers striving to approve biosimilars today: You must not overlook the basics. In fact, this remains one of the most important and memorable best practices I heard a few years ago from a Big Pharma speaker at a biosimilar conference. The comparability exercise is a critical challenge to master in biosimilar development, but the overall quality of the manufacturing process must not be taken for granted.

Though there is much more experience with biosimilar development and regulation today, the stumbling blocks outlined above will no doubt remain the biggest manufacturing-related challenges for biosimilar makers. In fact, as I recently learned at the DIA Biosimilars Conference, a majority of the biosimilar developers exploring future wave biosimilars are small as opposed to large pharma companies. This is a drastic switch from the currently marketed U.S. biosimilar products, of which large pharma developed 60 percent. As such, process validation and comparability likely will remain common pitfalls — especially for newer companies diving into biosimilars for the first time.

At the beginning of the biosimilar market, many of the large players emphasized that their experiences as biologics makers made them well-suited for biosimilar development. But there are certainly differences to note between the development of a novel product versus a biosimilar — especially as it relates to process development and controls. For instance, the end-goal of developing a novel biologic is to create a product that will be safe and efficacious. To do so, there are regulatory expectations around — for example — the amount of residual host-cell DNA and other impurities remaining in the molecule. For charge variants (e.g., glycosylation, phosphorylation, etc.) or impurities like aggregates (protein clumping), a manufacturer must demonstrate that, when well controlled, such modifications will not cause any safety or efficacy issues.

“Since you are the first company to make that product, you have the leeway to establish the limits for each quality attribute as per the capability of your manufacturing process,” he explained. “As long as the product is safe and efficacious, there is no need to change the manufacturing process unnecessarily.”

Like a novel biologic, a biosimilar must also demonstrate safety and efficacy and meet regulatory expectations for viral clearance and host-cell DNA. However, as Rathore mentioned previously, the biosimilar’s quality attributes must fit within the limits established by the originator, and little to nothing is known about the reference biologics’ manufacturing process to serve as a guide for biosimilar makers. Extensive characterization of multiple (often many) lots of the originator establishes the necessary quality ranges within which a biosimilar must reside. This demands a well-understood and controlled process to create a quality clone closely matching any critical structural and functional characteristics of the originator. A well-controlled process also ensures that the biosimilar molecule will be reproducible (and still match the reference product) from batch to batch.

However, this is easier said than done. For example, in cases where an originator molecule is glycosylated, the biosimilar maker must have a strong understanding of the cell culture process to establish a product with the appropriate glycan (sugar molecule) distribution. “It’s very rare that you clone something and the product you get will perfectly match the glycan distribution of the innovator product,” he added. “In most cases, as a biosimilar maker, you will need to adjust your cell culture media and/or condition to ensure your clones are as close to the innovator molecule as possible.”

To accomplish this, a company must be willing to experiment and determine which steps need to be well-controlled to create and match the critical quality attributes of the originator. He pointed once again to glycosylation, which, if not adequately controlled during the manufacturing process, can ultimately impact the clinical performance of the drug.

“As a biosimilar producer, you have to know how to get your biosimilar from point A to point B,” he emphasizes. “For example, if your product has fewer glycans than an innovative product, you need to know what needs to be done to increase the level of glycans to match the originator.”

There have been a number of academic publications examining which factors influence a cell line’s productivity and quality. However, as Rathore acknowledged, these are hardly comprehensive seeing as every molecule and clone is different. Not to mention, such processes are not published by industry because they are considered trade-secrets. As such, biosimilar developers are challenged to engage with the available literature and experiment with their own materials to determine how best to implement it for their own molecule. This may be particularly difficult for small companies that have a lot fewer financial resources and scientific personnel at their disposal.

Biosimilars In The Future: What’s Coming Down The (Manufacturing) Line?

It used to be that biologics (and then biosimilars) were thought a scientific and manufacturing impossibility. Fast forward to today, the manufacturing process for mAbs is becoming a much more comfortable enterprise for companies. We’re certainly not at the point that such molecules are a commodity, and these are still complex and difficult molecules to manufacture and reproduce consistently. But there are also several technologies Rathore is watching closely he anticipates will be influential in revolutionizing the manufacturing process for biosimilars.

For one, he sees the role of mass spectrometry increasing in importance — even potentially becoming a tool for process control. Older models of mass spec technologies are relatively “cumbersome” and, as such, have remained in QC labs as opposed to being placed on the manufacturing floor. Newer mass spec tools, on the other hand, have become sleeker (i.e., the size of a computer hard drive). Given such advancements, Rathore could see mass spec become a regular fixture on the manufacturing floor. This would enable biosimilar makers to determine the fingerprint of their biosimilar molecule at any point in development.

There has also been a lot of buzz in the broader biopharma industry about continuous processing. Rathore anticipates such a manufacturing strategy will be — and already is — highly appealing to biosimilar developers, given the importance of controlling cost of goods. “Once you successfully implement continuous processing, your cost of goods becomes much less than your competitors. This translates into a much more cost-effective and, in turn, highly competitive product,” he added.

However, given the operational complexity of continuous manufacturing compared to batch processing and the perceived regulatory risks, success in these realms has been slow to attain. This isn’t to say a regulatory agency would turn away such manufacturing innovation; on the contrary, the FDA, for example, has been enthusiastically encouraging the industry to adopt continuous processing.

“Regulators are encouraging companies to invest in continuous processing because accomplishing it would essentially mean you have technical mastery over your process,” he offered. “However, regulators may ask for more information because they would be exploring how such innovations are being used for the first time. This could result in an approval delay, which is not a risk most biosimilar developers are willing to take.”

As biosimilar companies begin the hard work of evaluating future pipeline products, Rathore acknowledged that some products will be harder to manufacture than others. But that may not be grounds for eliminating them as a solid biosimilar development candidate — especially should a company have continuous processing or some other innovative technology under its belt. The harder a product is to make, the fewer companies that may be willing to tackle them.

“The companies willing to invest in these technologies and build a solid understanding of process control will be the ones that emerge as successful global biosimilar manufacturers,” he offered. A company that figures out, for example, how to successfully modulate the cell culture media to achieve the appropriate glycosylation pattern using this technology in-house can then apply such knowledge across the entire biosimilar pipeline and development spectrum. “Implementing technological innovation is not to be overlooked, particularly in the biosimilar space,” he concluded.