The Progress And Pitfalls Of Global Biosimilar Development 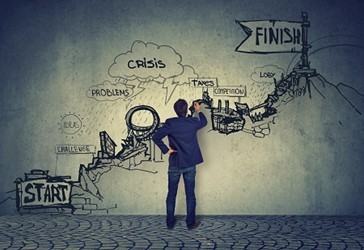 I’ve heard it said quite a few times that, when companies first entered the biosimilar space, they hardly anticipated the path to market would be so fraught with challenges. This statement holds true for a company targeting any market — not just that of the currently complicated U.S. Afterall, there are systemic challenges impeding biosimilar market growth around the world in both developed and developing nations. But on the regulatory level, we’ve also faced our fair share of challenges in attaining what many may have thought would have been accomplished by now — global development. For the sake of this discussion, global development is defined as the ability for companies to use one data package to approve and launch a biosimilar product in any of the developed markets — particularly the U.S., Europe, and Japan. As we know today, this is not often how it shakes out.

Over the past few years, I’ve written about the scientific misalignment among regulatory agencies which has challenged companies seeking biosimilar approval in multiple nations. (I should say these particular conversations have been limited to the lack of regulatory alignment in developed countries. Emerging and developed markets have many of their own struggles and regulatory considerations that can cause additional challenges and considerations for companies and regulators.)

On a broad level, the state of regulations today was a central topic of discussion at the BioTech Pharma Summit: Biologics and Biosimilars conference a few months ago, which I had the good fortune to chair and attend. Throughout the conference, several speakers homed in on the regulatory landscape as it stands today. While we’ve certainly seen progress on the march towards true global development, there’s still a way to go. There were several points that stood out to me about which regulatory inconsistencies still exist between developed nations, as well as how certain aspects of regulatory science can be improved upon in the future.

Global Development: Where Are We Today?

Over the years, we’ve also seen different regulatory approaches impacting companies seeking global development. For example, the first biosimilar guidelines from the European Medicines Agency (EMA) emphasized non-clinical work — and indeed there was a surprising amount of in-vivo non-clinical data (animal studies) gathered during the development of Omnitrope (i.e., toxicity testing in rats, animal-specific bioassays, and local tolerance testing in rabbits.) However, in its final guideline on non-clinical and clinical biosimilar development, EMA states there is no need for in-vivo animal studies as long as the in-vitro characterization data is solid.  The FDA, on the other hand, still recommends animal studies in its final guidelines on demonstrating biosimilarity to a reference product. (Of course, as a reminder, guidance is only guidance and animal studies are entirely waivable in the U.S. law.)

When looking at the FDA guidances and EMA guidelines, you’ll observe differences in requirements for an array of things, including equivalence margins, standard deviations, population pharmacokinetics (popPK), switching, clinical endpoints, and statistical approaches. For instance, though it may not be written in the EMA guideline that popPK is preferred, conversations with the agency in the past have revealed a clear desire to see this data. (For those of you who, like me, are not scientifically inclined, popPK is used to reveal any PK variations occurring in members of the same population and pinpoints why those variations may exist.) The EMA’s desire to see this data, in turn, makes the comparative study a longer and more rigorous undertaking. The FDA, on the other hand does not require it. Similarly, while the FDA just released its new guidance on comparative analytical assessment, there is not a similar guideline in the EU. While this may enable companies to “push the envelope,” if you will, and explore new analytical strategies, it’s also a double-edged sword because there is also no regulatory predictability of what will be acceptable.

As the expert stated, “To achieve bioequivalence on highly variable biologics, you have three regulatory authorities and three different statistical approaches. Now, as a manufacturer, you need to make a decision on how much risk you’re willing to take on the global development front.”

What Recent Questions Have Been Sparked By Global Development Efforts?

This speaker outlined the global development programs for four different trastuzumab biosimilars that have been approved in both the U.S. and the EU (Ontruzant, Herzuma, Kanjinti, and Trazimera). From a PK standpoint, the study designs were, for the most part, consistent among the different development programs. (Something to note is the increasing use of only males in PK/PD studies for certain monoclonal antibodies like trastuzumab given that gender can be confounding factor that leads to variances.)

As you might expect, most of the differences could be seen in the comparability studies in terms of patient recruitment. For the four different trastuzumab biosimilar comparability studies, recruitment spanned anywhere from 550 to 900-plus patients despite the fact they all shared the same primary endpoint (difference in complete response). But of these four studies, there were two that did not achieve their primary endpoints and did not demonstrate therapeutic equivalence (Ontruzant and Kanjinti). In an interesting and mysterious twist, however, these products did receive approval based on the data from the healthy volunteer studies.

Of course, this raises several questions, including what kind of rhetorical magic might the company have offered to regulators in addition to their data to encourage this approval? An even bigger question this raises that, no doubt, will take many years to adequately answer, is why perform a costly comparability study if approval can be attained despite failure in demonstrating therapeutic equivalence?

Now, while we cannot truly know the circumstances behind these approvals, it’s still hopeful to know that approval can potentially be attained thanks to analytical and PK data supporting the molecule, even in the case a comparability study doesn’t turn out as anticipated. As the speaker also brought up, there has never been — to their knowledge at least — an approval for a biosimilar that did not succeed in PK/PD studies. (And, as real-world evidence continues to prove, we’re well past the point of safety concerns surrounding approved and marketed biosimilars.)

Where Can Regulatory Change Happen?

I feel as though this is one of those broken record questions where we tend to rely on a few standard but quite passionately articulated answers. Some of these more typical examples of responses include creating more regulatory consistency through harmonization surrounding naming and interchangeability policies. There is also much complex discussion on what data is absolutely necessary in biosimilar development today and where there can be more reliance on unique analytical capabilities. There also needs to be much more attention paid moving forward on what attributes typically impact the nature of a product that is approved. Given the fact that a reference product is approved across jurisdictions using the same development package, this opens up the argument that a biosimilar can be, as well. Whether this means, for starters, the elimination of bridging studies or intensified discussions between regulators and biosimilar makers about tailored comparability study approaches, the question of where we should be stirs up opinionated proposals and some polite headbutting.

But during a few of the discussions at this conference, I found some topics that were, refreshingly, outside of these more common realms of discussion. One of these topics was the development and use of subcutaneous products in the biosimilar space. As one speaker discussed, performing a PK study for a subcutaneous product adds a layer of complexity. In cases where a drug does have a subcutaneous administration (as opposed to, say, also being only an IV drug), the regulators are more likely to encourage PK studies using the subcutaneous administration method, as it promotes higher sensitivity to immunogenicity. However, this also increases the risk of bioequivalence failure due to increased variability associated with this administration method. As such, companies need to consider using larger sample sizes to account for that variability. (For reference, PK studies for complex biosimilar products can already range anywhere from 200 to 300 healthy volunteers.)

In the biosimilar space, we’ve already seen companies that are exploring such methods of differentiation for some of their products. The one currently stealing headlines is Celltrion’s Remsima SC. However, the originator Herceptin is also available subcutaneously, as is Rituxan (though this new formulation also includes the enzyme Hyaluronidase and can only be used following treatment with IV-administered Rituxan). As the industry continues to engage with regulators about moving forward with development, I was curious about the impact the ongoing pressure to differentiate could have on discussions with regulators and future life-cycle management of biosimilars.

Now, Celltrion’s situation is unique, in that it is creating an entirely new formulation for the product. The originator Remicade is not available in a subcutaneous formulation. But this also raises questions about biosimilars vs. biobetters. As the speaker pointed out, pursuing biobetter options provides a larger opportunity for biosimilar manufacturers. (In fact, it could be argued this strategy potentially could expedite development, as using the originator pathway eliminates the need for a close analytical match.) However, this also opens the door for further regulatory discussion. Recent FDA documents — for example the most recent iteration of the Q&A — spell out the requirements for what a biosimilar can and cannot be. A change in infusion speed, for instance, will mean your product is no longer considered a biosimilar to regulators.

Overall, this particular speaker sees more room for discussions around how to promote and establish a pathway for biosimilar companies to explore different formulation options. This could prove beneficial in cases where the originators may be approved in both subcutaneous and IV formulations. Should both of these formulations be approved for the innovator, it may be in the biosimilar company’s best interest to also work on their own subcutaneous version. However, this is a challenge given the variability of the compound and the demands this development places on certain aspects of the development — for instance the PK studies. Having to increase the size of a healthy volunteer study to feature upwards of 400 to 500 subjects is obviously not an alluring prospect from a development standpoint. Instead, this expert pointed out the need for future discussions on how to bridge or scientifically justify tailoring parts of this development process. Not only would this encourage greater differentiation among biosimilars, but this would also add even greater value for patients and healthcare systems.