What Biosimilars Need To Succeed In Clinical Practice 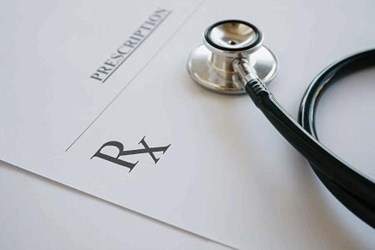 A few weeks ago, I sat in on a webinar hosted by ProCE called “Biosimilars Out Of The Gate: What Are the Latest Developments?” (For those of you who might be unfamiliar, ProCE is an organization which designs educational activities for physicians, pharmacists, nurses, and pharmacy technicians.) I was curious to hear what information would be presented, especially since education of these stakeholders is a high priority for the biosimilar industry. Though the webinar was not directly targeting companies developing biosimilars, I felt some of the insights carried important implications for biosimilar makers.

The “ABCs & E” Of Biosimilars

If you watched the FDA advisory committee meetings for biosimilars this year, it was clear physicians on the committees had a hard time grasping the importance of analytics over clinical trial data in biosimilar development. After all, physicians have been trained to look at the performance of a drug in multiple clinical trials and indications when evaluating a new biologic. So, when it comes to evaluating biosimilars by their analytical profile, doctors are at a loss.

According to Steven Lucio, associate VP of clinical solutions and pharmacy program development for Vizient, the success of the biosimilar market hinges on physicians and pharmacists minding the “biosimilar ABCs (& E).”

“It is absolutely critical that we: a.) accept the accuracy of analytics; b.) understand bridging of limited clinical data; and c.) curb the expectation of clinical trials in every indication, and, in turn, e.) embrace extrapolation,” he described. “If we are unable to accept these things, then it will be very hard for us to develop a sustainable market for biosimilars.”

Though pharmacists and doctors will not become analytical chemists overnight, they still must work to understand and embrace analytical characterization as the cornerstone of biosimilar development. After all, when we look at biosimilars, we are looking at how the structure of each molecule compares to the reference drug and how that structure influences its function. Obviously, this means there must be a good understanding of the originator molecule, which is a work in progress for physicians. (Though, they’re not alone. In a conference presentation, the FDA’s Janet Woodcock emphasized how advances in analytical science have taught the FDA a lot more about the innovator drugs in retrospect. In some cases, the innovator molecules, though rigorously reviewed and found safe, weren’t quite what the agency thought they were at the time of approval.)

“By having analytical characterization, we’re able to see that, yes, there’s some variability between the biosimilar and the reference product,” said Lucio. “But these variabilities stay within the specific critical quality attributes and are not substantial. We can feel confident the biosimilar is going to behave in the same way as the originator biologic.”

As Lucio also pointed out, it will be especially important for physicians and pharmacists to express that confidence to help reassure patients of biosimilars’ worth.

How To Endear Biosimilars To Patients, Physicians

Because there are only two biosimilars on the market in the U.S., physicians are still uncertain about how they’ll integrate these treatments into daily practice. Kami Roake, a rheumatology and gastroenterology pharmacist at the University of Utah Hospitals & Clinics, homed in on how certain treatment administration methods and patient assistance programs (or lack thereof) will be integral to a biosimilar’s success.

As more competitors for each reference drug get closer to regulatory approval, one way companies can compete is by revamping their devices and administration methods.

Take, for instance, the upcoming etanercept biosimilar, which will be available as a prefilled syringe and a pen. As Roake described, the sensor-ready pen (called SureClick) will be equipped with an inspection window, a needle guard, and a button push. (This pen will also be used to administer Amjevita [Amgen’s adalimumab biosimilar] when it’s on the market.)

“It’s nice to see that the etanercept biosimilar is going to come to market in both prefilled syringes and pens so doctors can choose between the two,” she described. “Many of my rheumatoid arthritis patients have nodules, so it’s hard for them to manually use a prefilled syringe. That’s where the button on the pen comes in handy.”

Obviously, a fear of needles is one of the other well-known aversions to syringes. Some patients turn to pens because they can’t see the needle. However, Roake said some patients experience an automatic shock when they push the button on pens. “Some of our patients have actually pulled back when they experience that shock, causing the drug to spray everywhere, which is a $2,000 to $3,000 loss,” she said.

Beyond the user-friendly administration method, Roake also demonstrated the growing need for biosimilar makers to meet — if not advance beyond — the reference biologics’ patient assistance programs (PAPs). As Roake described, should a biosimilar not have a PAP “and the patient’s biosimilar co-pay is really expensive, it might be better for them to stick with the originator drug in terms of cost savings.”

Roake also addressed the importance of providing resources to educate patients about the biosimilar. Take, for instance, the program in place at Roake’s clinic for Humira and Enbrel. This program supplies patients with a nurse who comes to the patient’s house to educate them about using the biologic. This has proven to be especially beneficial for patients living in rural areas.

Should a biosimilar not have a program like this, Roake once again suggests it might be best for a doctor to start a patient on the reference drug in order to provide their patients with educational support. (If this advice hasn’t emphasized the importance of rivaling a biologic’s PAP for a biosimilar, I’m not sure what will.)

That said, there is already evidence biosimilar makers are exploring PAPs for biosimilars. Pfizer, for example, has its enCompass program, which provides patients with financial support. Similarly, Sandoz launched a copay program for Zarxio patients, known as the Sandoz One Source copay program. Through this program, a patient’s first dose is administered for free (with no out-of-pocket costs), and over the next 12 months, each additional dose costs patients $10. (The company will assist patients up to $10,000.) In recent weeks, Eli Lilly also announced its efforts to provide up to 40 percent discounts on its insulins for uninsured patients. The company's recently launched follow-on biologic Basaglar is one of the insulins available for these discounts.

It’s still early in the U.S., so whether there will continue to be a rise in programs such as these is yet to be known. But given the competitive advantage NOT having one could provide the reference biologic, we should hope to see more of these programs rolled out as additional biosimilars enter the market.