What Does Biogen's Drug Approval Mean For Alzheimer's Patients? 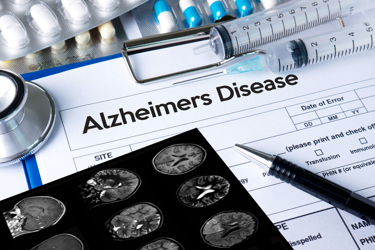 The FDA’s approval of aducanumab for patients with Alzheimer’s disease seems to have surprised some in the industry. There are several take-aways from the decision, and senior industry analysts Marc Engelsgjerd and Sam Fazeli of Bloomberg Intelligence have captured those ideas in a new white paper titled Biogen’s High-Stakes Alzheimer’s Gamble Pays Off, For Now.

The authors note the FDA approval is surprising, given the totality of the clinical data gathered to date. They note the accelerated approval, with the corresponding requirement for a confirmatory study, seems to be a compromise between the huge unmet need and the uncertainty over the trial results. The debate over the effectiveness of the treatment will now move to providers and payers, who will need to determine the potential impact on patients. For patients and caregivers, the treatment will likely be met with high demand. Still, the authors note the approval is likely to be met with more questions than answers.

First, we can all agree that Biogen’s attempt to revive the Alzheimer’s treatment was a success. Additional insights into the efficacy of aducanumab may not truly be known for a couple of years, until the confirmatory study is complete. Still, the authors of the white paper note they remain skeptical of the clinical trial results. Their view is supported by a decidedly negative advisory committee meeting that voiced concerns about Biogen’s data package while rebuffing positive briefing documents the regulator provided to the panel.

Bloomberg Intelligence goes so far as to note that an approval of aducanumab could bring a loss of credibility to the agency.

Questions about the effectiveness of aducanumab are not new. At CTAD 2019 new data was presented to reassure skeptics. Unfortunately, for some the data only raised more questions. While two groups of patients receiving the full possible doses showed similar efficacy, the apparent positive effects in one group appeared to be driven as much by a worse-performing placebo group. Bloomberg Intelligence notes that is difficult to explain since nothing changed in that group.

Additionally, Engage and Emerge, the two parallel Phase 3 studies, had identical designs and similar baseline characteristics. One showed a statistically significant reduction in patients’ cognitive decline while the other did not. Although Biogen notes this is due to the level of exposure to high dose aducanumab, Bloomberg Intelligence questions whether the difference in antibody reaching the brain was big enough to explain the difference in efficacy.

In any clinical trial side effects are a concern. The white paper notes a drug may receive approval based on tentatively positive data if its side effects do not put patients at risk. This may not be the case with aducanumab. Data from Biogen shows 40% of patients in the two Engage and Emerge studies develop Aria, a form of brain inflammation that is visible on MRIs. Additionally, even though the Engage study failed to show a benefit in the overall patient population, the rate of symptomatic Aria was higher (29%) than that in the Emerge study (19.7%) at the high dose. Both numbers are higher than those seen in Phase 2 studies of the Eli Lilly’s donanemab treatment.

Finally, Bloomberg Intelligence points to concerns over Biogen’s commercial franchise, which it describes as ‘uninspiring.’  It notes Biogen has leveraged its dominance in multiple scleroisis and pricing power to keep Tysabri revenue flat, while its interferons face a steady decline. Tecfidera has gone generic in the U.S. seven years earlier than expected, and thus far it does not appear Vumerity can pick up the slack. With the future growth of Spinraza looking weak from competition, biosimilars are the lone bright spot for the company.

Biogen’s MS franchise generated 65% of company revenue in 2020 but projected weaker sales of Tysabri, interferons, and Tecfidera in the future are a concern as after recent launches of generics in the U.S. Bloomberg Intelligence notes this adds up to a risky pipeline that could be seen as a liability.

The 25% growth rate projected for 2020-25 for the neuroscience segment derives from estimates for aducanumab and Spinraza. Clearly a subpar performance by Aducanumab and weaker earnings from Spinraza could spell trouble for those projections.

Despite these concerns, there are some bright spots to consider. Bloomberg Intelligence notes the biosimilar market in Europe continues to rally. With three biologics, Humira, Enbrel, and Remicade reporting non-U.S. sales declines of up to 30%, there could be an opportunity for biosimilars and specifically Biogen, which has a biosimilar for those three products.

Biogen’s biosimilars generated $796 million in 2020 and grew 8% year-over-year. They are expected to exceed $1 billion in 2021. Still, Bloomberg Intelligence notes the company’s pipeline is broad but high-risk, which is not ideal given the stagnant commercial business. Aside from the estimates for aducanumab, which may be aspirational, Bloomberg Intelligence notes the consensus outlook for Biogen’s pipeline doesn’t embrace any other programs.

Thus far the trial results and the approval seem to be meeting the approval of investors. On June 7, 2021, the day the FDA approved the treatment, shares of Biogen stock jumped from 286 to 430, before tailing off to 376 on the 8th.  Patient groups also celebrated the news, with patient groups such as the Alzheimer’s Association calling the approval ‘a new day in the fight against Alzheimer’s.’