What Is The Biosimilars Forum? 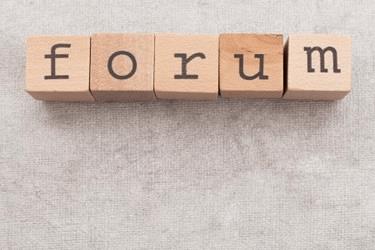 2015 was an important year for the pharmaceutical industry. In March, Sandoz’s Zarxio won approval from the FDA, becoming the first biosimilar treatment to enter the U.S.’s long- anticipated biosimilar market. Roughly two months later, the non-profit organization, The Biosimilars Forum, was formally launched. As Michael Werner, the organization’s senior policy advisor, describes, the Biosimilars Forum was established because traditional innovator and generic companies, which are also beginning to boast large biosimilar portfolios, felt it necessary to advocate for a unique biosimilar industry.

“These companies were already working together because they felt the issues related to biosimilars are different than the issues faced by other segments of the pharma industry,” Werner explains. The Forum currently has a mix of high profile brand and generics manufacturers, as well as several pure-play biosimilar companies within its ranks. Members include Allergan, Amgen, Coherus, Epirus, Pfizer, Samsung Bioepis, Sandoz, and Teva, among others. Though the Forum’s membership is strictly manufacturers today, Werner expects other organizations, including patient advocacy groups, physicians’ organizations, and payers, will become future members as well. In the face of emerging guidances and increased public discussion, these companies decided it was necessary to form an organization to educate providers and the public about biosimilars and to advocate for policies that will lead to a well-established market.

What Is The Forum Working On Right Now?

As Werner describes, the foremost goal of the Forum is to relay the science behind biosimilars to stakeholders and the public. As the FDA and members of the industry have expressed, biosimilars are different than small molecule generics. As such, they require their own specific policies and regulatory processes. The Forum aims to provide information on the basic science behind biosimilars, as well as the regulatory science — what it takes to get a biosimilar approved. In fact, the Forum recently launched a large educational initiative known as the “Partnership for Biosimilars Education and Access.” The goal of this initiative is to raise awareness of biosimilars and encourage their use. So far, the Forum has produced two educational guides targeting various stakeholders, including doctors, payers, patient advocacy organizations, and the media. (This educational effort will be discussed more fully in an article to appear in the weeks ahead. Stay tuned!)

The Forum has also been an active voice in the industry in terms of policy development. It’s no secret that one of the most prominent policies frustrating biosimilar makers is the Centers for Medicare & Medicaid Services (CMS) reimbursement policy. Under this policy, all biosimilars tied to the same reference product will be reimbursed using the same J-Code, even if they have different indications or costs of production. As Werner and many biosimilar companies argue, this proposal threatens to take away development incentives and could stifle the emerging market. According to Werner, “The Forum has taken the lead on the policy discussions here. We’ve been working with members of congress and CMS and other organizations to rebut this policy which ultimately treats biosimilars as generic drugs. So far, we’re finding that many in Congress support our position on this particular Medicare issue.”

This is just one of the high-profile biosimilar policies that has come to light in the recent months. There are still a number of questions awaiting answers. For one, the industry continues to wait for the highly anticipated interchangeability guidance from the FDA. “We’re likely to participate in those discussions,” says Werner. In recent weeks, the FDA released a long-awaited guidance on biosimilar labeling. The Forum was one of several organizations to release a statement the same day acknowledging its plans to review the guidance and provide comment.

When it comes to taking a stance on policies, the organization’s members participate in various committees. Each company has a chance to offer its input into the development of the Forum’s positions. It might seem the organization’s varied membership could pose some challenges in the process of establishing stances on policy. For instance, while some members are fully integrated, many of the Forum’s members participate in development or marketing partnerships with other companies. As a result, they may have different perspectives when it comes to policy-related decisions. However, as Werner says, they often have the same or similar ideas. “When these companies come to the table for the Forum, it’s to talk about policies that support the development of the biosimilars market. We all want to see that.”