What RWE Questions, Trends Must Biosimilars Embrace In 2019? 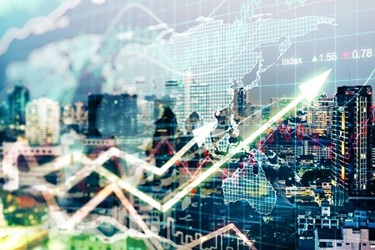 We saw quite a few impressive real-world evidence (RWE) announcements in 2018. Between the publication of several literature reviews and studies in therapeutic areas and populations that have had limited data, 2018 has been a standout year in terms of RWE. In a previous article, I highlighted the RWE from 2018 I felt could be used to fortify existing biosimilar doubts or which raised our baseline of knowledge about biosimilar efficacy and safety immensely.

Despite the growth of our knowledge throughout 2018, I felt it was necessary to address a few of the unanswered questions raised by RWE in the last 12 months, as well as the lines of inquiry that have become or will become more common in this industry moving forward. Though the biosimilar industry’s extensive research has yet to turn up any large-scale concerns about safety and efficacy, there have been a few studies that raise additional questions. In this article, I’ll share the (very) few examples I found in 2018 that served as outliers compared to all the positive biosimilar data. I’ll also explore the ways RWE being released today is evolving beyond the single switching studies we’ve grown accustomed to in the past two years.

What Clinical Questions Did 2018 RWE Raise?

As I discussed in my previous article, there were two literature reviews on switching studies written in 2018 that were notable for several reasons. One was a study by Cohen et. al., in BioDrugs that I’d argue was the most powerful RWE publication of 2018. This review highlighted the efficacy of biosimilars in a whopping 90 switching studies. This literature review provoked a letter to the editor response from Janssen which called into question Cohen et. al.’s conclusions. But in an interesting twist of fate, another smaller literature review — sponsored by none other than Janssen itself — was published, which reinforced that a single switch to biosimilar infliximab was, unsurprisingly, A-OK.

This Janssen-sponsored publication was particularly notable, seeing as it stood in startling contrast to another Janssen-sponsored publication in early October about the performance of CTP-13 (Remsima) in Turkey. Back in 2016, Janssen publicized its abstract for a forthcoming study detailing heightened drop-out rates and increased switching seen in Turkish patients that started on the biosimilar, CTP-13. This descriptive analysis, which was just published in the journal Biologics in October by Yazici, et. al., found that 63 percent of RA patients on CT-P13 discontinued treatment with the biosimilar (compared to 42 percent on Remicade). The same higher discontinuation rate was seen in IBD patients, with 62 percent of CTP-13 patients halting treatment compared to 38 percent of Remicade patients.

Indeed, it was these drop-out rates that several scientists from Janssen emphasized in their letter to the editor in response to Cohen, et. al.’s, article. The review of 90 switching studies referenced the Yazici et. al., study, as well as a study by Kang et. al., both of which documented higher drop-out rates for biosimilar infliximab patients. But given the positive performance of the same molecule in countless other studies, Cohen et. al., concluded these two studies were outliers.

Though they may be deemed outliers, studies such as the Turkish one raise questions about how the concept of biosimilarity is (or isn’t) presented to physicians and patients in the first place — or even, perhaps, how certain cultural perceptions about a medicine can impact efficacy. Afterall, just as 2018 was the year of RWE, it was also a year of discussion about the “Nocebo effect” and how negative expectations about a treatment can harm a drug’s efficacy.

For example, another study published this year out of the U.K. raised similar questions given the drastically different results reported from biosimilar treatment at two different hospitals. In the Dudley Group of Hospitals, for example, following the switch of 160 patients to biosimilar etanercept (Benapali), 84 percent of patients remained on the biosimilar after 6 months. The biosimilar was deemed to be just as safe and efficacious and switching was a positive experience for patients and the hospital group.

But in a different U.K. hospital, Croyden Health Services, following the transition of 168 patients to Benapali, 11 percent (or 18 patients total) switched back to the reference product due to a lack of efficacy, intolerance, or painful injections or injection-site reactions. Almost all the patients that have returned to the reference product have seen their conditions subsequently improve.

It’s important as an industry that we remain aware of the studies that report data such as the above that stand out against the majority of positive data released. Studies such as the one in Croyden raise questions about the introduction of the biosimilar and what level of education was built around the biosimilar transition. But it also emphasizes the importance of continued follow-up on the non-infliximab molecules.

Where Do We Need To Go With RWE?

Being the first biosimilar mAb on the market, it’s not a surprise that CTP-13 has reaped a lot of the RWE attention. But there are other molecules that are slowly but surely emerging on the markets, being used, and accruing data. In the past year, we’ve seen studies for Enbrel and Humira biosimilars being released. In the cancer space, we’re increasingly familiar with the use of filgrastim biosimilars following a switch. But as we progress further into the age of oncology mAb biosimilars, we also see a need for more evidence on the performance of the rituximab, trastuzumab, and bevacizumab biosimilars. As one article in Clinical Therapeutics pointed out in July 2018, there is yet-to-be a persuasive body of evidence that indicates the impact of switching patients to oncology mAb biosimilars.

We’ve also begun to see calls for data on more advanced biosimilar usage scenarios. As I prefaced in my previous article, the biosimilar industry is no stranger to the escalation of safety concerns. As one concern is eliminated, another more complicated usage scenario takes its place and more data is deemed necessary before coming to further conclusions about a biosimilar’s performance (e.g., multiple-switch studies).

During the FDA’s Biosimilar Action Plan Part 15 hearing earlier this year, several innovators began calling for data from multiple-switch studies and biosimilar-biosimilar switching. Though there are already several multiple-switch studies underway, including Boehringer Ingelheim’s ongoing interchangeability trial, there is still room for growth and transparency in this area. Likewise, as usage scenarios continue to grow more complicated overtime thanks to an increasing number of competitors, there will be opportunities to explore the impact (if any) of switching from one manufacturer’s biosimilar to another manufacturer’s biosimilar.

There are also opportunities to explore the impact of manufacturing drift, as best exemplified in the recent news about Roche’s Herceptin vs. Samsung Bioepis’ SB3. In March 2017, several Samsung Bioepis researchers published a study in mAbs, entitled, “Drifts in ADCC-related quality attributes of Herceptin: Impact on development of a trastuzumab biosimilar.” During characterization of the originator Herceptin in the early phases of SB3’s development, researchers discovered a shift in antibody-dependent cell-mediated cytotoxicity (ADCC) activity — a key mechanism of action in trastuzumab — in lots expiring in August 2018 to December 2019. Samsung Bioepis’ biosimilar has since been approved in Europe and is marketed under the name Ontruzant. In fact, the company just announced a few weeks ago the biosimilar has demonstrated comparable safety and efficacy to the originator in a 1-year follow-up study comparing event-free survival.

As is the case with any of the studies mentioned in this article, there is always a need to do a deep-dive into the data before coming to any firm conclusions. But there are many interesting ways data such as Samsung Bioepis’ study can go on to shape our existing knowledge of biologics and biosimilars — especially as we await guidance from the FDA on the protocol for biosimilars following manufacturing changes. This literature can also go a long way towards shaping existing knowledge about biologics and the ways even the reference products — not just the biosimilars — differ from batch-to-batch.

What Other Types Of Biosimilar Information Are Making An Appearance?

In the past year — and especially the past few weeks — I’ve begun to take note of several “new” types of studies that are beginning to highlight the ways we can begin to look at biosimilars beyond safety and efficacy.

Back in July, Samsung Bioepis released interim results from an observational study on Benepali’s prefilled pen. The company aims to collect data from 500 patients (in several different indications) spanning 50 different centers around Germany to determine patients’ levels of satisfaction with the device. Based on the interim results, patients expressed high satisfaction over the device’s ease-of-use as well as with the training provided. As the U.S. sees more progress in the world of interchangeable biosimilar development and as companies look to secure contracts with hospital systems, it’s going to be critical for companies to have information about their devices and the overall presentation of the biosimilar to ensure smooth transitions.

In the past few weeks especially, there has been a seeming outpouring of studies about the financial impact of certain biosimilars on specific health systems. Starting this trend was news about how the Veterans Health Administration (VHA) determined the most cost-effective approach was to only treat patients using Tbo-filgrastim (which technically isn’t considered a biosimilar in the U.S. because it was not approved via the biosimilar regulatory pathway). Out of 23 VHA sites surveyed, 18 of 23 were using tbo-filgrastim, which cost the VHA $62,336 per 100 patient episodes, in turn, making the VHA 73 percent efficient and cost-effective. Overall, the use of GCSF treatments ranged anywhere from $62,336 per 100 episodes at four sites to $201,356 per 100 patient episodes at two sites.

At the 60th American Society of Hematology Annual Meeting and Exposition, researchers announced findings that biosimilar rituximab was more cost-effective in the U.S. than subcutaneous rituximab, which is only currently available as the higher-cost brand. In a time-and-cost simulation of subcutaneous Rituxan Hycela, IV Rituxan, and IV biosimilar rituximab, the subcutaneous option provided a much quicker treatment time for patients of all body sizes over a six-course treatment cycle. However, though the subcutaneous formulation saved 720 minutes over six cycles of treatment for average-sized patients, it cost anywhere from $325 to $6,109 more than standard infusion of the biosimilar, and $484 to $6,267 more for rapid infusion of the biosimilar. (Interestingly, the subcutaneous version of Rituxan was cheaper than standard or rapid infusion of IV Rituxan.)

Finally, after digging through 1,600 claims, researchers presented findings at the San Antonio Breast Cancer Symposium that out-of-pocket expenditures for Medicare patients were less for those treated with Zarxio following chemo. Average weighted savings to Medicare when using the biosimilar filgrastim was $32.87 per claim. For the patient, there was a weighted average cost savings of $9.51 per claim. (A patient’s overall financial responsibility for the reference product was $82.45 compared to $72.94 for filgrastim-sndz).

As the three previous examples reveal, we’ve progressed beyond exploring biosimilars from a safety and efficacy standpoint and have now begun to publicize not only their user-friendliness, but also their impact on health system cost expenditures. Especially as the U.S. continues to expand its use of biosimilars, I expect we will continue to see reports such as this, given the increasing amount of pressure being placed on the U.S. market in particular to take off. As companies face pricing pressures and concerns about slow uptake, any evidence that demonstrates biosimilars are doing what they’ve been promised to do — lower costs — will be useful information to have to keep the industry moving forward.