What Systems Are Needed To Create A Viable Biosimilar Market? 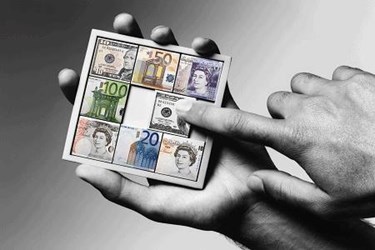 A week or so ago, an abstract titled “Interchangeability of Biosimilars: A European Perspective” appeared on my Twitter feed. As you can imagine, my interest was piqued, though I highly expected to read what many of us already know: the European Medicines Agency (EMA) has not adopted a stance on interchangeability like the FDA. Rather, interchangeability is determined at the individual country level. But, I’ll admit, this abstract threw me for a pleasant loop.

A group of experts from organizations such as the Medicines Evaluation Board in The Netherlands, the Federal Institute for Drugs and Medical Devices in Germany, and the Finnish Medicines Agency, to name a few, explored the presumed risks of immunogenicity after switching between reference and biosimilar drugs. The methods of the study were not made clear in the abstract, which was published in BioDrugs in January 2017. But their conclusion? “That biosimilars licensed in the EU are interchangeable.”

At many of the conferences I’ve attended in the past year, the topics that stimulate the most interest amongst attendees involve how interchangeability, also called medical- or physician-guided switching in the EU, is being approached abroad. Despite 10 years of experience and the growing number of studies demonstrating safety and efficacy after switching, there are still a variety of stances on whether biosimilars should be substituted by a physician.

In the U.S., interchangeability has often been regarded as a golden ticket to greater uptake. But as Sue Naeyaert, the global head of biosimilar pricing, market access, and policy at Merck Serono, discussed in a presentation at the CBI Biosimilars Summit, the EU’s experiences reveal a different story.

Before embarking on a tour of the global biosimilar landscape, it’s important to note the differences in terminology between the U.S. and the EU. The U.S. is currently the only country stipulating that a biosimilar company must submit additional data to earn an interchangeability designation. This designation would then permit pharmacists to give out the biosimilar at the pharmacy without a doctor’s consent, as long as the state has passed a law granting this substitution. (Many of these laws require the pharmacy to inform the physician of the switch within a certain number of days. The pharmacy also needs to keep records of the switch for a period of five to seven years, depending on the state.)

As Naeyaert described, “When we hear the term ‘substitution,’ most of the time it is used to describe pharmacy-level substitution, which does not involve any consultation with the prescriber. But there is also medical substitution, which gives doctors the right to decide which product they will give their patients. Most countries in the EU allow substitution if the physician, not the pharmacy, is making that decision.” In other words, the pharmacy in the EU is not permitted to make the decision to switch patients to a biosimilar.

Where In The World Is Substitution Occurring?

Though her list wasn’t exhaustive, Naeyaert provided a breakdown of how several countries outside the U.S. have tackled substitution. Though we’ve seen slow uptake in some of these nations, Naeyaert suggests that tides are beginning to turn as local healthcare systems continue to feel more financial strain. In response, more nations are beginning to emphasize the use of biosimilars.

Italy: The Italian regulatory agency, the Italian Medicines Agency (AIFA), does not support interchangeability. That said, however, strained budgets have pushed some hospitals in certain regions to individually encourage doctors to switch to biosimilars. It’s important to note that Italy is a single-payer system, and each region, which comprises a number of different hospitals, has established its own central purchasing authority. In most situations, each region makes the decision on whether its hospitals will promote switching, even though the regulatory agency doesn’t endorse interchangeability.

France: In 2014, France introduced a law which granted pharmacy-level substitution of biosimilars for patients who were naïve to the reference biologic. However, as Naeyaert clarified, this law has yet to be put into practice because of the amount of lobbying that occurred in response. Naeyaert says recent discussions suggest the law could be repealed and interchangeability could be launched as an alternative. “This would mean switching would always be determined by the physician, but it would not require additional data as it does in the U.S. to prove the biosimilar is interchangeable,” she offered.

The U.K.: Though the country has not declared biosimilars interchangeable, Naeyaert credits the country with its biosimilar educational initiatives. She emphasized in particular the guidances released by the National Institute for Health and Care Excellence (NICE) focused on specific disease areas — for instance, rheumatoid arthritis and ulcerative colitis. These guidances inform physicians on how to treat patients with those specific conditions. In fact, NICE included Inflectra/Remsima alongside the reference product Remicade in the list of rheumatoid arthritis treatments. “Though NICE isn’t saying physicians have to use the biosimilars, they list each product’s data, their individual cost, and recommend you use the most cost-effective option,” she described.

Australia: No list would be complete without discussing how Australia has approached substitution. Like the U.S., Australia took the leap and made pharmacy-level substitution a reality. However, while interchangeability is a regulatory decision made by the FDA in the U.S., in Australia, a drug is given the nod for pharmacy-level substitution by the reimbursement authority, The Pharmaceutical Benefits Advisory Committee (PBAC). So far, this process — known as a-flagging — has been done on a case-by-case basis. Inflectra, an infliximab biosimilar, was given an a-flag in 2015; Basaglar, a biosimilar to Lantus, was recommended for a-flagging, but in the official PBAC documentation, there was no publicized acceptance or rejection of the drug for a-flagging. Just last week, Merck & Co. announced that its Enbrel biosimilar, Brenzys, was granted a-flag status, as well. However, the PBAC rejected a-flagging a filgrastim biosimilar known as Nivestim, along with a follitropin alfa biosimilar of Gonal-F called Bemfola. According to Naeyaert, Bemfola was not a-flagged because of concerns about differences in presentations that could confuse patients.

What Will It Take To Make The Switch?

While the U.S. has anxiously awaited the FDA’s guidance on interchangeability for the opportunities it could grant biosimilars, it’s interesting to look at some of these examples to check expectations on automatic substitution. For instance, though Australia implemented a-flagging, biosimilar uptake in the country has been slow. There’s hope this could turn around, given the Australian government’s $20 million investment in a new biosimilar education initiative to bolster knowledge among doctors, patients, and pharmacists. (From what I’ve read, pharmacists in Australia are quite wary of a-flagging.)

But Australia serves as a good example of what else is needed to encourage biosimilar uptake. As Naeyaert explained, there need to be other mechanisms in place besides the interchangeability designation to increase uptake. In order to prioritize the biosimilar, there will likely need to be some sort of financial penalty for not prescribing a biosimilar, or a financial advantage to choosing the biosimilar.

In Australia, for instance, the price differential between the biosimilar and biologic is not large. “Both the originator and biosimilar have dropped 16 percent,” said Naeyaert. “But the patient has a fixed copay in Australia. It’s a fixed amount, unlike a co-insurance percentage we’d find in the U.S.” In turn, this hasn’t given patients an incentive to make the switch.

The gainshare agreements being implemented in the U.K. have been of particular interest within the European countries, earning a panel discussion at the most recent Medicines for Europe Biosimilars Conference. Essentially, gainsharing spreads the savings among the clinical commission groups (CCGs) — comprising groups of doctors managing the regional health budgets — and hospitals. The savings are then reinvested and can be used for the advancement of the regional health system and the doctors’ individual hospitals. (Some regions are stricter than others. For instance, Naeyaert said some CCGs have gone so far as to bar funding unless patients are switched to biosimilars. Though sharing amongst CCGs and hospitals varies from region to region, as well. In the regions where no savings are being shared, biosimilars are not being used.)

In Spain, reference price groups have been implemented. Biosimilars and their reference products are put together into a single group. (Should multiple biosimilars for the same reference product be released on the market, they are included in the same group.) The treatment in the group with the lowest price sets the price for the whole group. Should a patient wish to remain on the originator product, they would be responsible for paying the gap between the reimbursement rate and the biologic’s price.

There have also been some efforts in Germany to establish prescribing quotas. As Naeyaert explained, doctors in Germany are given a budget and must place a certain percentage of patients on the biosimilar. The quotas are still low, ranging between seven and 12 percent. But according to Naeyaert, doctors who go over their budgets receive a harsh letter from the health authority. There is a lot of shame associated with the mismanagement of budgets. And Denmark has faced similar pressures. According to the Norwegian Medicines Agency’s Steiner Madsen at the Medicines for Europe Biosimilars Conference, the Danish authorities have threatened to cut staffing and services in hospitals that are not using biosimilars.

Because of differences in healthcare systems and cultures, it’s often impossible to widely implement these systems. Naeyaert stated, “There is no ‘one-rule-fits-all’ approach for every product.  It depends on the molecule, the country, and the rules enforced by the healthcare system in each country.” Those of us in the U.S. watching the market take shape are also likely to see a similar patchwork when it comes to uptake of biosimilars. We’re already seeing slight differences emerging in terms of the state laws regarding substitution, and some states haven’t even proposed a bill to permit substitution.

Overall, the situations abroad have demonstrated that large discounts and interchangeability will not be the sole answers to increasing biosimilar uptake. In order to create a viable biosimilar market, there will need to be some type of system built that will also incentivize stakeholders to make the switch.