What To Know About Thailand's Life Sciences Industry 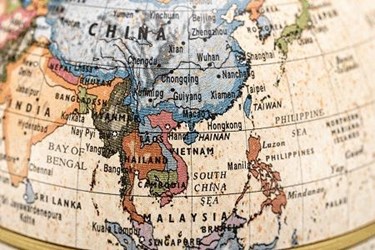 About a month ago, I was offered a tremendous opportunity: to attend a media trip to Thailand to learn about the country’s burgeoning life sciences industry. I obviously jumped at the opportunity. Last week, three flights and 27 hours later, I found my feet firmly planted (finally) on the ground in Bangkok. I was one of five journalists undertaking a packed week of touring companies, R&D hubs, private and public hospitals, and university research labs all located within or on the outskirts of Bangkok.

The Thailand Board of Investment (BOI), the government agency responsible for securing business investments in the country and for arranging this trip, established a rigorous touring schedule boasting a diverse range of companies and organizations. This schedule included visits to and tours of Thai- Otsuka, Thailand Science Park, Greater Pharma, BioNet-Asia, Mahidol University’s Excellence Center For Drug Discovery (ECDD), Medtronic, and National Center for Genetic Engineering and Biotechnology (BIOTEC), among several others. The highlight of the trip for me was our visit to Siam Bioscience, the first biologics producer in Thailand, which currently has five biosimilars in its pipeline and an epoetin biosimilar commercially available. (Article forthcoming!)

Though the majority of companies and labs I toured didn’t focus solely on biosimilars, this trip was still incredibly valuable. Like many people in the life sciences industry, I had no idea just how much has been going on within the country in terms of life sciences. In fact, I plan to write several other articles highlighting some of the organizations I visited. However, I figured the best place to begin would be with an overview of my impressions of Thailand’s growing life sciences industry.

In the past, Thailand’s former government emphasized and invested heavily in the agricultural sector. However, since taking office in 2015, the new government has turned its attentions to making Thailand a knowledge-based economy and a hub for life sciences innovation and investment. This effort is referred by BOI as Thailand 4.0.

As officials from the Thailand Center of Excellence for Life Sciences (TCELS) and BOI emphasized, when the military came into power, it recognized the importance of growing certain markets, like the life sciences market. It also recognized the need for qualified scientific and technological minds to lead growth in that particular area rather than trying to do this on its own. As such, the new government brought in an influx of technocrats and economists who pushed for less redundancy within government agencies and efficient regulatory reform and modernization. Now, as one TCELS exec put it best, the people of Thailand have hope the country can chart a new course.

BOI is energetically offering a number of investment policies and tax incentives to encourage the growth of the life sciences industry. In addition, the agency highlighted Thailand’s low-cost business amenities and evolving infrastructure — for instance deep sea port and highway expansions and rail system upgrades and extensions.

Though it may seem Thailand is only beginning its journey into the life sciences realm, there are several leading American companies that have received BOI promotions, including GE, Cardinal Health, Covidien (now Medtronics), Pfizer, and St. Jude Medical. There has also been a growing interest in Thailand from Japanese companies and universities working in the rubber, energy, and medical technology fields. (There are currently 13 Japanese organizations with labs and offices in the Thailand Science Park. This is compared to three U.S. organizations, three from the EU, and one each from Australia, Taiwan, and Singapore.)

It’s easy to say the country’s location on the globe alone would play a key role in its growth as a life sciences hub. After all, Thailand’s location in relation to members of the Association of Southeast Asian Nations (ASEAN) and existing free-trade agreements with China, Japan, South Korea, Australia, and New Zealand position the country as a gateway to many economic powerhouses.

But what really stood out to me was this country’s passion for sharing knowledge through public-private partnerships. Visiting many of these labs demonstrated the country’s ambitious research goals and the ability to create proof-of-concept platforms to license to a large international player and/or collaborate to scale-up production. (In many cases, the labs have already established these licensing agreements or partnerships with industry players.)

In fact, I’d argue Thailand is a prime example of the open innovation trend we’ve been seeing in the life sciences industry over the past few years. The country’s willingness to collaborate and share ideas was emphasized in every presentation and tour. One of my favorite explanations of this came during the presentation at the Research Center of Chulalongkorn University. The speaker’s parting words to us journalists was that, even should large-scale investments in the country not come through, in the end, the most important goal is to learn about and from each other. His phrase: “We want to know each other. We want peace.”

Overall, there is an increasing movement within the country, thanks to Thailand 4.0, to promote and foster cooperation among private companies, the government, and academic researchers. A common mindset prior to the new government was that Thailand was not the place to carry out development. Many technologies created in Thailand would be licensed out to another company, which would then move the technology to another country for development. But Thailand 4.0 hopes to reverse this situation and encourage a mindset that Thailand can also be the place to carry out product development and scale up.

There is, obviously, a long road ahead for the country in achieving these goals. A few key challenges stand in the way that will need to be overcome to ensure its life sciences ambitions are realized. (These challenges will be discussed in part 2 of this article. Stay tuned!) But I was heartened by the passion and respect for education and knowledge-sharing that I was exposed to during my brief and eventful stay.