Why Medicare Pass-Through Status Must Remain For Biosimilars 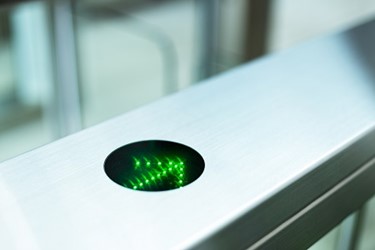 Though I’m far from a reimbursement guru, I am certain of one thing: those involved in the U.S. biosimilar reimbursement space have not stopped running since last November when all biosimilars earned their own J-codes (billing codes) in the “historic” Part B policy reversal. If you’re like me, you’re actually still digesting that specific policy change and having a hard time keeping up with all the proposals and changes that have occurred (or are poised to occur).

To briefly recap, in the past few months, the reimbursement space has undergone numerous, notable changes. For one, biosimilars have been given their own J-codes under Part B (as mentioned above), and CMS proposed a policy that would treat biosimilars as generics, in turn, enabling Part D Low-Income Subsidy enrollees to pay less for the biosimilar. We’ve been hearing more references to point of sale rebates, and I’ve written about the impact this policy could have for biosimilars reimbursed under Part D. Even more exciting, Congress (finally) sunset the exclusion of biosimilars in the Medicare Part D coverage gap discount program. This policy change, which the biosimilar industry has vehemently pushed for over the past year, ensures patients in the “donut hole” won’t get stuck with a bigger bill for the biosimilar than the reference product. And, as if all this wasn’t enough, we’re now starting to hear conversations about carving out the rheumatology drugs — including the biosimilars — reimbursed under Part B to have them reimbursed under Part D. (Though that’s an article — or controversy — for another day.)

Based on this list of changes, it might seem the U.S. biosimilar reimbursement space is finally on track. But let’s hold that thought. Along with the positive move by Congress to include biosimilars in the coverage gap (as noted in the omnibus spending bill), there was also some language in the February 6 House-passed version of the Continuing Resolution (CR) that would have excluded biosimilars from receiving pass-through status under Part B. It was ultimately removed from the final CR. But this potential exclusion could have been a big threat to the adoption of biosimilars. I sat down with Christine Simmon, executive director of The Biosimilars Council, a division of the Association of Accessible Medicines (AAM), where she is also senior vice president of policy & strategic alliances, and T.J. Garrigan, AAM’s senior director of policy, to learn more about how eliminating pass-through status for biosimilars would impact the industry as a whole.

Pass-Through Status: What Is It, And Why Does It Matter?

Those of us in the U.S. are likely familiar with the 340B Drug Pricing Program, which is a common topic of discussion, scrutiny, and conflict. Thanks to the 340B program, nonprofit or state/federally owned hospitals that treat a high percentage of low-income Medicare and Medicaid patients are entitled to certain discounts when purchasing drugs (including biologics AND biosimilars). Until January 2018, hospitals dispensing biologics or biosimilars in the 340B hospital outpatient setting were reimbursed at the average sales price (ASP) plus 6 percent for both the biologic and the biosimilar. (The biosimilar used the ASP of the reference product to calculate the 6 percent.) But the Medicare Part B Outpatient Prospective Payment System (OPPS) has since stirred things up. Now, all drugs dispersed in a 340B hospital are to be reimbursed at ASP minus 22.5 percent.

This is where pass-through status comes in. Pass-through status is not a new option for drugmakers; it’s been around since the late ’90s as a front-end incentive to develop and create markets. Both innovator and biosimilar manufacturers can apply for pass-through status for their new drugs, which would grant that product two to three years of reimbursement at ASP plus 6 percent. In turn, a new drug gains stronger footing as it enters the market, and physicians are incentivized to choose the product that provides them with a greater return upon reimbursement. So, all three biosimilars on the market thus far are reimbursed at ASP plus 6 percent (of the innovators ASP), while the older reference product is reimbursed at ASP minus 22.5 percent.

It’s also important to consider that when a new product enters the market, physicians may not be entirely familiar with it — and we’ve certainly encountered this with biosimilars. But, thanks to pass-through status, they can be reassured that (at the very least) they will have consistent, reliable reimbursement for the first few years when prescribing it.

What Impact Could Pass-Through Status Have On Competition?

Though the final CR ultimately kept pass-through status for biosimilars, the thought it could have been eliminated, of course, raises some concerns about ensuring it remains into the future. As The Biosimilar Council’s Simmon argued, eliminating pass-through status for biosimilars would have been detrimental to biosimilar use in 340B hospitals, as well as discouraged physicians from using them. For instance, if we consider the recent shift in reimbursement protocol from ASP plus 6 percent to ASP minus 22.5 percent, a biosimilar not entitled to pass-through status would result in the biosimilar and the reference product remaining on equal footing. Therefore, there would be no financial incentive for a physician to switch from the reference product to the biosimilar.

Now, that’s not to say this policy doesn’t raise questions for the biosimilar industry moving forward. Drug Channels’ expert Adam Fein put together an article entitled “The Mysteries of Pass-Through Status: Why Medicare and Seniors Are Now Paying More for Lower-Cost Biosimilars at Hospitals.” For those of you interested in a closer look at how the reimbursement scenario could work out (I emphasize could), I urge you to read his article. None of the questions he poses about the need for or impact of this policy can be answered with certainty today. In fact, some may even become moot as biosimilar discounts increase over time. But his questions reflect a reimbursement market that is struggling to identify a biosimilar as a “new drug” entitled to pass-through status. This is best reflected in his first question —“Should Medicare pay more for a less expensive but comparable drug therapy?”

And secondly, he raises larger inquiries about the impact this policy could have on biosimilar-against-biosimilar competition once the industry is more established. He asks, “Should one biosimilar of a biological drug be reimbursed substantially more than another biosimilar of the same drug?” It is an interesting question. As the industry evolves, new biosimilar products for the same reference product will receive pass-through status just as older biosimilars for the same product lose pass-through protection and revert to ASP minus 22.5 percent. (It’s important to note that percentage may differ in the future, as this is subject to change.)

Even when pressed about the impact pass-through status could have on competition between older and newer biosimilars, Garrigan reiterated that this is a natural cycle in the competitive pharmaceutical market. Just as the biosimilar industry is working to get its fair share of the market from innovator drugs today, so too will future biosimilars deserve their time in the limelight when they arrive on the market.

It’s unfortunate the biosimilar industry, which has made so many strides in the reimbursement realm the past year, found itself faced with yet another threat of stepping backward. Just as we heard in discussions over the Part B coding policies, if the reimbursement system is not friendly to biosimilars, companies investing in the space will be pressured to reconsider that investment.

“Any time you make it harder for biosimilars to gain a foothold, you’re essentially discouraging not only the use of biosimilars, but also investment in the biosimilar market as a whole,” Simmon explained. “The Part D coverage gap change was a big step forward. Eliminating pass-through status for biosimilars would take us another step backward.”

These concerns certainly shouldn’t be underestimated. But I think it’s also important to emphasize the amount of forward momentum biosimilars have received within the past year, especially from the FDA, which is working on a biosimilar action plan and additional guidances. In addition, biosimilars are garnering growing support from a number of other key stakeholders, including pharmacies, pharmacy benefit managers (PBMs), health plans, consumer and employer groups, and some patient advocacy groups.

“For the most part, the healthcare sector understands the value of biosimilars and how they can promote competition and increase patient access and savings,” Simmon added. “So those who argue to strip away pass-through status to thwart competition are swimming upstream and going against the grain of all healthcare stakeholders who want patients to benefit from these medicines.”