Why Severability Should Be Every Biosimilar Makers' Rallying Cry In 2021 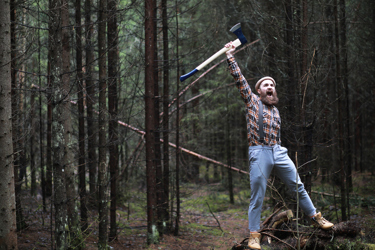 In the upcoming months, the Supreme Court will (hopefully) be deciding whether Congress intended for the entire ACA to survive should individual provisions be found unconstitutional. There are some parties arguing that provisions of the law found unconstitutional should simply be severed off, leaving the rest of the statute standing. Others believe that an unconstitutional provision — in this case the individual mandate — should render the entire ACA null and void. Should the latter argument win, the BPCIA would be lost along with the entirety of the ACA. The Supreme Court decision isn’t expected until spring of 2021. So, for better or worse, the biosimilar industry has a few more months of pondering the (excruciating) “what ifs?”

At the AAM GRx + Biosims Virtual Summit, I attended the panel entitled, “If the BPCIA Should Fall — SCOTUS Decision Scenario Outlook,” featuring Chad Landmon, partner, Axinn, Veltrop, & Harkrider. Landmon provided a great overview of the case at hand and laid out how several potential outcomes could impact the BPCIA. Though the industry — including Landmon himself — is feeling much more positive about the BPCIA’s survival following the oral arguments on November 10th, this case has had the industry on its toes for quite some time. The past year has left us all feeling a bit tattered and weary, and, if anything, it’s proven that we must expect the unexpected. As such, the industry and all its stakeholders must remain vigilant in their push for the BPCIA and the increasingly beneficial U.S. biosimilar market.

To Sever Or Not To Sever: A (Non-Violent) History Of How We Got Here

Since day one — and especially over the last four years — there have been a seemingly endless number of attempts at repealing and replacing the ACA. These efforts have not been met favorably by the courts. However, there are two provisions of the ACA that have inspired more litigation than others: the individual mandate and the expansion of state Medicaid programs.

When the ACA was passed in 2010, the individual mandate required all uninsured U.S. citizens to sign up and pay for private insurance. If they chose not to do so, they had to pay a financial penalty that was termed “a shared responsibility payment.” Similarly, the HHS was also given the power to penalize states that chose not to expand their Medicaid programs under the ACA.

The individual mandate quickly provoked litigation alleging that Congress did not have the authority to require citizens to buy insurance. The National Federation of Independent Business (NFIB) v. Sebelius was the first case to appear before the Supreme Court in 2012 debating the individual mandate and the Medicaid expansion requirements. At that time, following a 5-4 vote, the individual mandate was upheld, with Justice Roberts asserting that it was enforceable as a tax. However, within the same case, the Court ruled that it was not within Congress’ authority to require states to expand Medicaid. Likewise, the justices concluded the HHS should not be allowed to penalize noncompliant states. What’s particularly important to note about this Medicaid expansion ruling is that the Court deemed this unconstitutional provision severable from the rest of the act. As such, the rest of the ACA survived.

Fast-forward to 2017, after striking down several efforts to repeal the ACA, Congress made one key alteration. The ACA still mandated that individuals must acquire health insurance.  However, Congress lowered the shared responsibility payment to (a whopping) zero dollars. (Yes, you read that right.) In other words, there would be no financial penalty for those that didn’t buy insurance. Now, because the individual mandate was originally upheld because of that tax payment, setting the tax at zero dollars triggered arguments from states and private citizens that this mandate was no longer constitutional. They also argued that this particular provision could not be severed from the ACA. This ultimately led to California v. Texas which left quite a few in the biosimilar industry feeling shaken. After grappling with whether the mandate could be separated from the ACA, the courts determined that both the mandate and the ACA must go. (Cue dramatic music here.)

How Does The BPCIA Fit Into This Conflict — And Does It, Really?

Though the BPCIA has the undivided attention of this industry, it has, arguably, been one of the underdiscussed provisions within the context of the ACA. As Landmon pointed out, the BPCIA — unlike many of the other provisions — has nothing to do with regulating insurance. Similarly, the BPCIA and the contested individual mandate do not rely upon each other in any way to function. In fact, the Fifth Circuit said as much, pointing to the BPCIA as one of the provisions that is more likely to be severable compared to others. In its Supreme Court brief, AAM strives to further separate the BPCIA from many of the more contested provisions. The trade group reminds that the legislation establishing the biosimilar regulatory pathway was being discussed and drafted long before it was inserted into the ACA.

It’s important to note that, since 2012 when the individual mandate was deemed constitutional as a tax, the makeup of the Supreme Court has changed. Justice Scalia and Justice Ginsberg have since passed away, and Justice Kennedy has resigned. Justice Gorsuch joined the Court in 2017, followed by Justice Kavanaugh in 2018. Just a few short weeks ago, Justice Barrett was sworn in as Ginsberg’s replacement. Since these three “newcomers” were not involved in the 2012 decision, each one is a question mark as it relates to severability.

Landmon homed in specifically on Justice Barrett as the newest, untried member of the Court. In particular, he pointed to the fact that Barrett has been open about her alignment with former Justice Scalia, who considered the individual mandate and the Medicaid expansion central tenets of the ACA. In turn, he argued that, without those two provisions, the ACA could not continue to stand.

There were several reasons Scalia took this position, the largest being that determining severability positions the justices as legislators. In removing provisions, they are ultimately recrafting the statute into something new, which is not the Court’s purview. Similarly, severability could open the door to a multitude of challenges against each of the individual provisions which, in Scalia’s view, would be highly inefficient.

During her confirmation hearing, Barrett affirmed that she does not have her sights set on eliminating the ACA. The question facing the court, as she articulated, is whether a provision can be removed without harming the statute as a whole. On an optimistic note, Barrett said the presumption is always in favor of severability — and some of her past actions would suggest she would be amenable to upholding severability. For example, as a law professor, she served as a judge in a mock case on severability and the ACA in which she ultimately ruled that the ACA could survive the loss of the unconstitutional individual mandate.

Considerations For The Best And Worst-Case Scenarios

Ideally, when all is said and done, the Supreme Court will (hopefully) pronounce the individual mandate severable, leaving the ACA and, in turn, the BPCIA in place. Should the Supreme Court take a page from Scalia, however, we’d be back at the starting line with the BPCIA. Landmon also outlined another less-than-ideal scenario in which the Supreme Court could choose to send the case back to the lower courts. This could mean another two to three years of deliberation at the district court and fifth circuit level, potentially even ending back on the Supreme Court docket.

As we all know, nearly every stakeholder group has interest in the ACA, whether it be the payers, PBMs, hospitals, physician organizations, and pharmaceutical trade groups. Similarly, as the number of patients being treated by biosimilars increases, the fate of the ACA & the BPCIA becomes an even more important question for patients, as well. But we also know healthcare stakeholders have many different priorities. As such, AAM’s Christine Simmon asked Landmon and co-panelist Lauren Aronson an important question: should the BPCIA fold with the ACA, would reinstating it be a top priority for stakeholders or would it be overshadowed by other policy priorities? Aronson is optimistic that it would be a top priority given drug pricing pressures today; however, she did acknowledge that coverage expansion would likely be the top priority starting out — especially for payers.

Should the Supreme Court punt the case back to the lower courts, this also raises questions about the permanence of the BPCIA and how biosimilar makers should proceed with developing future pipelines. Despite the uncertainty, Landmon expects the biosimilar industry will stay the course in the long run. However, he advised that companies and stakeholders keep their eyes trained on any legislative fixes that could arise should the lower court be sent back to the drawing board with this case.

Overall, Landmon and Aronson kept turning back to the fact that biosimilars have bipartisan support now more than ever given the intense political attention on drug pricing. In addition to the BPCIA, Landmon also called attention to the many uncontested provisions of the ACA that have largely been successful. For example, there have been a number of beneficial insurance and Medicare reforms, including the increasingly important push for value- vs. volume-based prescribing. So even should the ACA be rendered null and void in the upcoming year, he anticipates there will be adamant pushes from members of Congress to make sure that the “less controversial” pieces of legislation from the ACA, including the BPCIA, are quickly salvaged.