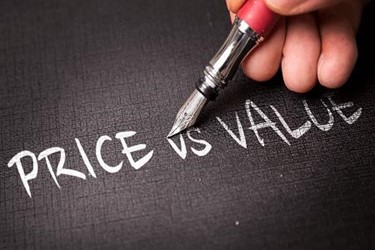 Last week, I published an article describing the basics of the relationship between a wholesaler and biosimilar maker. For as much as we discuss getting biosimilar products into patients’ hands, a topic left uncovered (at least from where I sit) is how the drug actually gets from the manufacturer to the hospital, doctor’s office, or pharmacy. As the industry aims to promote more transparency on the players and work being done within the pharmaceutical supply chain, I felt it was high-time to touch base with Richard Lozano, the VP of biosimilars and integrated business development at AmerisourceBergen (ABC). In the first part of this two-part article, we touched on the two strategies for distributing biosimilars. In this article, Lozano highlights some of the common topics that pose the greatest challenges for manufacturers, in particular pricing their products and establishing patient and provider services.

The Importance Of Pricing Responsibility

In 2015 and 2016, when Zarxio and Inflectra launched with 15 to 20 percent discounts, biosimilar pricing was a hot topic. However, I’d argue the chatter remained relatively quiet throughout 2017 until Samsung Bioepis’ and Merck’s Renflexis introduced a surprising 35 percent discount. And 2018 could hold more surprises. In fact, The Investor recently reported Celltrion and its partner Pfizer are now eying a potential 50 percent (!) discount — up from 19 percent — for Inflectra. (The company expects such a leap could be supported by cutting manufacturing costs and distribution margins, but providing such a discount could reward Inflectra with 80 percent market share.)

Throughout our conversation, Lozano circled back to the importance of discussing “pricing responsibility” with manufacturers. A big part of ABC’s role partnering with a manufacturer is to serve as the “nexus” between drugmakers and providers. Their knowledge of the providers in each channel is key to ensuring each biosimilar meets stakeholders’ expectations and needs — “otherwise, it’s not going to do any good to come into the market with 30 to 40 percent price depreciation,” Lozano added. “We are steering and educating both branded and biosimilar companies to make sure they’re building a responsible pricing scenario.”

In fact, following the reversal of CMS’ original Medicare Part B policy, biosimilar manufacturers are entering an environment in which they’re better able to determine where they’re placing their value. One of the most biosimilar-friendly aspects of this policy change is providing biosimilars with their own individual billing code. This move ultimately gives manufacturers more control over their pricing and rebates, seeing as each biosimilar’s average selling price (ASP) and discounts will not be impacted by another company’s biosimilar price or discount. As Lozano pointed out, this enables a company to control the rebates they provide to supply chain stakeholders, whether it be a group purchasing organization (GPO), distribution channel, or pharmacy benefit manager (PBM).

One of the most important considerations a company needs to take into account when establishing its pricing strategy is which channels they’re willing to enter. “We’re asking them to look closely at the entire cost-share model amongst players through the supply chain, because wherever you’re putting your value will affect your pricing and ASP,” Lozano added. In addition, companies need to consider the methods they’ll leverage to control their price depreciation, as well as what their strategies will be should the innovator also choose to provide a competitive discount for its reference product.

In the past year, the biosimilar industry has only just begun to see the strong and successful contractual relationships innovators have forged with payers and providers. The Pfizer and J&J lawsuit was the first example of the biosimilar industry calling attention to the strategies brands have used to compete against each other. Though it’s hard to say if or how this lawsuit will impact the biosimilar industry in the end, Lozano points out the critical importance of biosimilar companies also considering how they’re going to control their contractual offerings with providers and payers. For instance, manufacturers have control over where they put their value into the market. Lozano pointed at J&J’s decision to align itself with payers, which ultimately gave healthcare providers access to innovators over biosimilars on formularies. However, there are other parties with which biosimilar makers can align, as well, including specialty pharmacy networks or GPOs. (In fact, at a recent conference, one of the panels highlighted the importance of contracting with GPOs)

Though the cheaper pricing of a biosimilar will be a critical benefit over time as the market grows, there has also been a rebellion against biosimilars being considered simply as a tool to control price. These products may be more cost-effective versions of reference biologics, but the industry has also taken pride in their development and their ability to provide greater access and potentially more beneficial patient assistance programs. ABC’s relationship with the different providers has reinforced the importance of providing patient services that are in line with the innovators. But in some cases, providers may even require services above and beyond the brand to build trust. “A biosimilar’s value and the basis of a provider’s trust extend well beyond price,” Lozano added. “It’s important to look across the attributes of a brand product to see where there’s been success and where there have been barriers to access.”

In the past, I’ve touched on some of the ways manufacturers can provide additional value through their rheumatology products, whether it be through a new device, administration method, or copay assistance programs. Similarly, products like Enbrel and Humira often provide educational programs that bring nurses to patients’ homes to educate them on the use of the product. Though there has been a lot of emphasis on these programs in the rheumatology space, there has not been as much discussion about whether product support programs will be as important in the oncology space. In fact, given the high prices of many novel cancer treatments, a large part of biosimilars’ allure to oncologists would, presumably, be the potential pricing relief. However, according to Lozano, pricing will not be the deciding factor, especially for community oncologists.

Though hospitals are interested in increased access to effective specialty treatments, “community oncologists, in particular, do not move for price,” said Lozano. “They move for the supportive tools these manufacturers put in place.” At a minimum, an oncology biosimilar will need to match the services that are supplied by the innovator. In the oncology space, copay assistance, patient and provider education, and appropriate reimbursement programs are particular important methods for streamlining access for the patient and provider. But ultimately, as Lozano mentioned, “Community oncologists will be looking for support from their GPO contracts to ensure they’re able to stay viable in today’s competitive and often unpredictable market.”

Though the first oncological biosimilar products were approved in the U.S. in 2017, and no doubt there will be more through 2018, Lozano expects 2018 will be a relatively slow year. He’s more hopeful 2019 will be the year we see two, perhaps three biosimilars launch at the same time. In the meantime, his goal is to continue to examine the different product launches to see where there have been successes and challenges. Given the complexity of the healthcare space, Lozano said any number of challenges face even the most experienced companies.

“We haven’t seen any companies come in and not face challenges, for instance, ones caused by payer alignment,” he shared. “We’re trying to take successful pieces from each biosimilar launch and learn from them to make sure companies are really looking at the way they launch their future biosimilar products.”