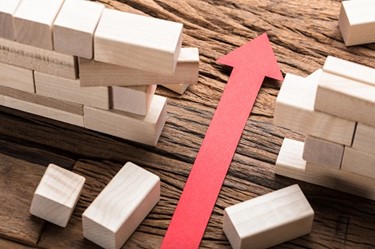 A few months ago, I highlighted the wholesaler’s perspective on navigating the biosimilar distribution landscape. Those articles featuring an expert from AmerisourceBergen touched upon the basic definitions of the two distribution models — specialty and full-line distribution — as well as strategies for establishing responsible pricing strategies and providing additional value for physicians and patients.

In January at the CBI Biosimilars Summit, I found myself being indoctrinated further into the wholesaler space, thanks to two experts from McKesson Specialty Health. Omar Hafez, VP of multisource products and analytics, and Pete Perron, SVP and general manager, provider services, walked us through some of their takeaways working within the community clinic space. (Their discussion was limited to oncology and rheumatology clinics, not pharmacies or hospitals.)

Hafez’s and Perron’s discussion was valuable not only because of the best practices they shared for manufacturers, but because of their focus on the role economics and payers play in a clinic’s treatment decisions. In the first of this two-part article, they share insights on two of the three barriers to biosimilars they’ve noticed in clinics and highlight some of their takeaways from infliximab’s and filgrastim’s experiences tackling these barriers.

The Keys To Successfully Entering The Clinic

For those of you who may be unfamiliar, McKesson is one of the top three drug wholesalers in the U.S. How a drug gets to the clinic, hospital, or pharmacy is likely not something we think about when we receive treatment. Even if we do think about it (and not attribute it strictly to magic), it’s likely to be an oversimplified version of all the behind the scenes work. If I’ve learned anything from my forays into the wholesaler space, it’s that getting your biosimilar distributed appropriately doesn’t happen organically, nor should building a relationship with your wholesaler be an afterthought.

In many cases, the wholesaler has established a close relationship — if not a collaborative business partnership — with these stakeholders, in particular the physician. For instance, McKesson is the business manager for The U.S. Oncology Network, which provides the wholesaler a unique view of the opportunities and challenges associated with the buy-and-bill sector in oncology, the largest specialty drug market. These two organizations entered into a profit-sharing agreement. While the network’s 1,400 doctors and clinical staff remain independent, McKesson employees have regular interactions with practices, physicians, and pharmacists, as well as responsibility for overseeing the day-to-day business and administration work. As drug economics are important to the financial well-being of the practices, considerable attention is paid to buy-and-bill. (For those who may be unfamiliar, buy-and-bill is the process through which a doctor purchases, stocks, and administers biologics within his or her practice. After administration, the provider files a claim with a third-party payer for reimbursement.)

This work has obviously given them a close look into the clinical environment and what physicians are primarily concerned about when implementing biosimilars in their oncology and rheumatology practices. As Hafez pointed out, we only have two biosimilars on the market — one filgrastim and two infliximabs. “While both behave in very different ways, there is a consistent set of questions and concerns we’ve heard from physicians,” he said. McKesson grouped these concerns into three broad categories — the clinical, operational, and economic barriers — that manufacturers need to address. (For the sake of length, I will only discuss these first two barriers in this article. The economic barrier will be fleshed out in a future article.)

As you likely expected, the first major barrier to biosimilar acceptance has to do with clinical concerns. (I daresay we know these safety and efficacy concerns like the backs of our hands by now.) Perron put it best when he said, “Physicians have to see biosimilars as equal to the reference product. We hope they see the biosimilar and reference product as equals. But they don’t always.”

Beyond these well-known clinical concerns, Hafez touched upon the day-to-day business concerns of running a clinic which create the second barrier — the operational barrier. There are a number of administrative feats a clinic has to go through to receive and be reimbursed for a treatment. But even before they can prescribe a biosimilar, physicians want to be assured the biosimilar won’t create additional burdens for themselves, their staff, or their patients. Key areas of concern include whether the biosimilar will have the same assistance programs and if it’s on a payer’s formulary. Though reimbursement is, of course, a big concern for physicians, knowing a biosimilar is included on a payer’s formulary poses a logistical benefit for physicians, Hafez clarified. “The practice doesn’t want to carry multiple versions of the product based on the coverage of every patient who comes into the practice,” he said.

Once these two barriers have been addressed, you can begin to address the economics profile of the biosimilar, Hafez said. After all, a biosimilar company could put a lot of work and resources into establishing patient assistance and access programs and pitch a responsible price, but if physicians don’t have faith in the clinical profile, none of this will matter.

Though education and patient services are big hurdles for the industry today, one of the biggest remaining questions is how biosimilars will impact the overall cost of biologics. Biosimilar pricing has continued to garner more of the spotlight as innovators ramp up their risk-sharing capabilities, thanks to years of blockbuster profits. And, according to Hafez, it’s critical to begin the economic conversation early, especially when targeting clinics for your biosimilar’s distribution. “To a physician in the clinic space, cost is important, but so is cost-recovery and how it changes over time,” he said. “They’re going to look at how a biosimilar’s cost compares to an innovator’s cost, as well as what their cost-recovery is going to be when prescribing the biosimilar versus the innovator.”

What Can Be Learned From Current Biosimilars’ Journeys Through The Barriers?

The disappointing uptake thus far of the two infliximab biosimilars in the U.S. has stolen more headlines than the success of Zarxio. Though there is still plenty of market share Zarxio can glean, there have been uptake successes. For instance, last year Zarxio was covered by 94 percent of employer-sponsored insurance plans, and 40 percent of employers planned to include the biosimilar in the preferred tier.

In Hafez’s experience, filgrastim’s entrance to the market was simpler (in terms of the three barriers) than infliximab’s for several reasons. For starters, filgrastim had an easier time approaching the education barrier, because it’s a supportive care drug, has easy-to-measure results (absolute neutrophil count), and was backed by a wealth of European data. “That’s not to say infliximab didn’t have any data in Europe, but there was far more European data for filgrastim,” Hafez clarified.

In addition to the drug’s characteristics, physician comfort played a large role. In the oncology community, physicians are far more comfortable with the fact that innovators lose market exclusivity and other manufacturers step in to replace the innovator. From a user barrier standpoint, as well, oncology clinics are deeper imbedded in the buy-and-bill world and are particularly savvy when it comes to looking into the economic benefits of a drug.

But the rheumatology space has traditionally been less efficient in switching to generics. Hafez saw this in particular with the drug Reclast, which lost exclusivity a few years ago and faced the arrival of generics. Even though the generic promised lower costs to both the patient and physician, there were still doctors who stuck with the brand and went underwater financially for several quarters following the generic’s launch. “Their fear of the generic actually caused them to lose money every time they prescribed Reclast,” Hafez said. As such, infliximab biosimilars have not had the easiest path to market and have yet to see the same meaningful uptake as Zarxio.

Since this presentation, we’ve seen some progress on the rheumatology front. The American College of Rheumatology (ACR) recently released a white paper highlighting the science behind biosimilars and encouraging rheumatologists to begin integrating biosimilars into their treatment protocols. This was a huge step for the organization (and for biosimilars).Though rheumatologists may have responded slowly to the arrival of certain generics, I think it’s interesting to note the takeaways from ACR’s 2017 Annual Meeting event entitled “The Great Debate: Biosimilars…To Switch, or Not To Switch?” Though I didn’t observe this debate, what I’ve read about the discussion suggests clinical profile was surprisingly less of a concern than cost for the member arguing against the use of biosimilars.

Of course, there is still a ways to go. “It’s a big ask to have physicians take their patients off a stable course of treatment to give them a try on the biosimilar,” Hafez acknowledged. But a key element to securing a biosimilar’s success is getting the biosimilar story out there. The reputations of the reference companies precede themselves, and they have had relationships with clinics for many years. “You can bet innovators are in there having discussions about their products,” he said. As such, biosimilar companies need to ensure physicians receive enough information about both the innovator and the biosimilar. There needs to be a “symmetrical balance of information provided by both sides,” he said.

One place manufacturers could stand to be more vocal is in explaining — and even just announcing the presence of — patient assistance programs. Biosimilar companies today obviously understand the importance of having the same, if not better, patient assistance programs in place. In fact, in my previous conversation with the expert from AmerisourceBergen, the importance of patient services for community oncologists was made quite clear. The fact the operational barrier precedes the economic barrier in McKesson’s list also speaks to the importance of having these services in line. But it’s also critical that biosimilar makers not be shy about these programs.

“Having these programs and support services will not be enough if you don’t actually talk about them,” Hafez added. “We saw cases in which biosimilar manufacturers had the same services as the innovator, but practices assumed they didn’t have them because they weren’t in there talking about their programs. If you’re going to spend the money investing in these services, make sure everyone knows about it. Otherwise, you won’t get the return you’re expecting.”

In the forthcoming second half of this article, I plan to highlight some of the complexities facing companies and clinics as they tackle the economic barrier in the buy-and-bill landscape. Stay tuned!