Biosimilar Education: The Elements Of An Effective Strategy 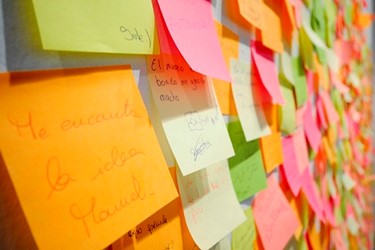 Education has been a high-priority discussion topic in the biosimilar industry the past few weeks. Not only did Pfizer submit a Citizen Petition to the FDA about troubling anti-biosimilar “education” strategies in the U.S., but the FDA also turned to the industry and other stakeholders to learn how it could strengthen its Biosimilar Action Plan (BAP). In light of these developments, I felt it would be an appropriate time to share my thoughts on educational strategies.

It would be difficult to find anyone who doesn’t know that the biosimilar industry’s future relies on successful educational strategies. The basic phrase, “We need to educate,” has been spoken from so many podiums and stages, it should be a banned response at conferences when questions about market access solutions arise — unless the speaker plans to reveal some specific (and I mean specific) strategies.

This may seem like an extreme statement when the industry is still in its infancy. But in a recent article following the FDA’s BAP meeting, I discussed the danger of buzzwords — for instance, “real-world evidence” — because broad terms such as these only raise questions. As an industry and, as a society in general, we are too rooted to the “why” of a question — why we need a certain policy to be changed, or why we need to do something. What doesn’t get enough attention is “how” something can be used, changed, or put into action. And I’ve certainly seen this when it comes to education. For a topic that does not have IP or contain private contractual information, there’s a surprising lack of open discussion on how companies and organizations are answering the “how” of education. And given just how many stakeholders we need to educate, there really should be an endless number of creative ideas and strategies in the works to discuss.

That’s not to say we don’t have some great efforts underway in the industry. Over the past few months a number of different agencies and organizations around the world have taken a stab at new educational initiatives. The NHS, in preparation for the upcoming "Great Humira launches," has released several resources for patients detailing the upcoming switch. The European Medicines Agency (EMA) just released a new video in a variety of different European languages defining biosimilars. The Biosimilars Council worked with its new partner, the American Pharmacists Association (APhA) to release a new information guide and a pop-quiz for patients. Finally, I welcomed a contributed article from Boehringer Ingelheim about its ongoing education efforts with a number of patient groups. (If there are other companies out there willing to write contributed articles about this, please don’t hesitate to reach out!)

Those are just a handful of efforts out there; many others have been introduced or are making headway in the world today. These strategies (hopefully) are readily accessible.

Now, in my alternate universe — the poetry world — anyone will tell you that to write well, you have to read as much as you can. There’s also the popular (and controversial) saying by T.S. Eliot that “good writers borrow, great writers steal.” Now, I’m certainly not advocating for every educational document to be carbon copies of each other. But I look at the process of putting together an educational strategy in much the same way we share market-access strategies for specific nations. We may not be able to take a specific strategy from one country to another. But with education, there’s much more leniency in creating a “patchwork” effort that combines (and adapts) ideas from different educational initiatives into a new effort. The best way to do this is to do close readings of the language used and note the different types of information included in each educational effort.

I had the opportunity to do this myself a few months ago, thanks to an invitation to present on education strategies in Brazil. Instead of just providing an overview of the different initiatives I knew about, I wanted to highlight several different things. For one, I wanted to create a concise outline of what is often missing from current educational efforts, as well as some of the “big misses” in educational strategies. I also wanted to provide several best practices, not just for manufacturers, but also for the patient groups and government experts in attendance at this special event.

In this first of what I expect will be several articles, I will lay out one of the current educational gaps I’ve noticed, as well as introduce real educational examples or efforts I’ve encountered (or would like to see) that show promising and widely adaptable pathways forward.

Issue: Biosimilars Are Not Presented In The Biologics Paradigm (To The Right People)

It’s being said more regularly at industry conferences that even the reference biologics differ from batch to batch. The notion that each batch of an innovator is a “biosimilar” is a fact the biosimilar industry — and the biologics industry, for that matter — knows incredibly well. It’s also something that is being communicated in broader educational strategies — to some extent. The problem is, it’s often buried in a larger paragraph of text about the overall development of a biologic and a biosimilar. Because of this, it can be harder to highlight or have this little nugget of critical information jump off the page.

Similarly, though this fact is more commonly proclaimed from the podium at conferences, it may as well remain unspoken if there are not many patient advocacy groups in attendance. (More on this later in the article.)

It’s easy to understand why so many stakeholders might believe the slight differences between the biosimilar and reference product are strictly the “biosimilar’s problem.” If you think about it, educating physicians and patients about biosimilars has primarily involved explaining how the biosimilar’s small differences are not clinically meaningful. Similarly, given some of the misinformation out there, as well as fundamental misunderstandings about interchangeability (especially in the U.S.), it’s no wonder biosimilars seem to be a world unto themselves.

In light of biosimilars’ seeming exclusion — purposeful or not — from the biologics paradigm, educational efforts must strive to communicate that “biosimilar problems” are actually “biologics problems.” The FDA’s and EMA’s educational efforts are worth reviewing (and even comparing) to see how they communicate information about biologics and biosimilars to patients and physicians. Both the EMA and FDA have released educational documents for physicians that are available online, and both define what biologics and biosimilars are. They each state, in their own ways, that slight differences between lots of the same biological product are normal.

However, I’m partial to the EMA’s thorough leaflet, “Biosimilars in the EU: Information Guide for Healthcare Professionals.” On the very first page of the document, the authors begin with an overview of biological medicines. Though this does not differ from the FDA’s approach, the EMA’s guide calls immediate attention to the manufacturing and inherent variabilities of all biological molecules — not just biosimilars. Considering most physicians are generally unfamiliar with what biologic molecules are and how they’re made and naturally vary, this is great information to explain straight away and in small, bite-sized paragraphs.

For instance, the first few subheads tell us all we need to know at a glance: “biomanufacturing strictly regulated,” “large molecule structure,” “inherent degree of variability,” “strict control of the quality of biological medicines,” and “potential immunogenicity.” Similarly, the use of a pull quote on the (otherwise empty) right side of the page sums up all the information a stakeholder needs to know: “Natural variability is inherent to all biological medicines and strict controls are always in place during manufacturing to ensure that it does not affect the way the medicine works or its safety.”

I also appreciated the guide’s discussion of comparability, which, as we know, is a core component of the biosimilar development paradigm. But it’s rarely said plainly that comparability is not a new concept. In addition to explaining the concept fully in the text, the authors preface in the subhead that comparability has been routinely used following manufacturing changes to “most of the widely used” biologics. A pull quote then specifies in strong, confident language that regulators have such “extensive experience” with the practice of comparability that they “conclude” it does not impact the drug’s safety or efficacy. (Overall, I’d applaud the document’s designers for the effective use of subheads and pull-quotes throughout.)

Ultimately, the physical presentation of the information is just as critical as the information itself. Ensuring the language used isn’t too technical will be a best practice — and challenge — for the industry moving forward. But it’s also critical to keep in mind that everything, including the subheads, size of the paragraphs, and use of pull quotes and graphs, can help provide the main facts and usher a reader through the material.

There are a number of ways information about biosimilars and biologics can be disseminated — for instance, via leaflets, webinars, social media posts, and gifs. Clinical conferences that amass many of the physicians in a therapeutic area are great spaces for companies to submit the new clinical data about their in-progress biosimilars. But a few potential approaches that have not become widespread deserve more thought and effort.

One of these I’ve discussed before, and that’s the importance of continuing to explain in plain language the manufacturing process of biologics and biosimilars in scholarly, peer-reviewed journals geared toward physicians. As we’ve observed, there can be an inherent distrust of science-heavy information and/or information outside of a stakeholder’s expertise. And in some cases, this has left the grounds open for innovators to raise questions that can muddy the waters, so to speak. For instance, following the highly acclaimed literature review on the 90 (successful) biosimilar switching studies, several scientists at J&J submitted a Letter to the Editor in response, homing in on manufacturing changes. Given the lack of discussion surrounding manufacturing changes in physician-centric literature, there is room for manufacturers to contribute literature to educate on this core biologics concept and eliminate fears associated with slight changes from molecule to molecule.

In addition, as I discussed earlier, conference-based discussions clarifying the lot-to-lot differences amongst the reference products are often missing the necessary ears. I travel quite a bit within the U.S. to a number of excellent conferences. But in the past four years, I have only been to one that included more than one patient advocate. In fact, it featured four advocates from four different organizations I’d never heard of nor seen on agendas for other conferences. Unsurprisingly, this turned out to be the best patient advocacy panel I’ve ever observed. Not only was there discussion amongst the different patient advocacy groups about what they needed to know from biosimilar development manufacturers, but these experts were also given a good look at the current biosimilar regulatory and development challenges. Patients don’t just need to hear discussions about safety and efficacy. The more patients become aware of the inner workings of the industry and the regulators, the more likely they will become familiar with and trust the products and players making them.

In addition to bringing more patient advocacy group speakers to a conference, I’d love to see conferences open their doors to additional members of those speakers’ organizations to ensure greater patient engagement. This could be made possible by offering a discounted or free pass for additional members, or some type of industry grant designed specifically for conference attendance. However you can see such an effort being made, I’d love to enter an age where patients become prominent and active voices in the discussion.

In an upcoming article, I will continue discussing the additional education gaps I see and some real-world examples I feel are positively addressing these gaps. Stay tuned!