How Can We Make FDA's Biosimilar Action Plan A Game-Changer? 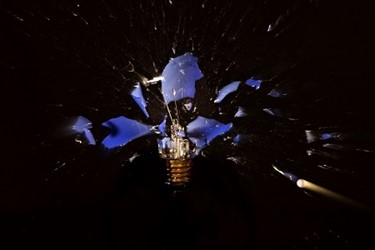 The biosimilar regulatory discussions in the past few months have been invigorating. We’ve broached twists and turns I didn’t expect to hear about quite so soon, especially in the U.S. In the past six to eight months, the global comparator reference product and the elimination of large Phase 3 comparative trials have become standard topics of conversation between industry members and the FDA.

Since the launch of the FDA’s Biosimilars Action Plan (BAP), stakeholders have been buzzing about the FDA’s proposed efforts to harmonize international regulations of biosimilars and to create more efficient structures to support the development and review of biosimilars. This initiative was released to great praise, and I joined those celebrating the BAP. I am thrilled at the level of attention the FDA has continued to pay to biosimilars, and Scott Gottlieb has risen above my expectations. Thanks to his leadership and the continued dedication of the FDA biosimilars team, we will continue to see notable evolutions in the biosimilar regulatory pathway over time (key words).

But despite all the FDA’s efforts to increase review time and get products to market more quickly, I remain unconvinced that the BAP will turn around the U.S. market — at least not our current market. I’m not saying a more transparent and streamlined regulatory pathway would not work wonders for biosimilar manufacturers. Indeed, some of the issues we are most concerned about are in the regulatory agency’s purview to clarify or reconsider (e.g., naming, interchangeability, bridging trials).

The FDA can do all it can to ramp up the regulatory pathway and encourage competition, which will, in turn, lower drug prices. But at the end of the day, this will not have the impact it could have because of our current commercial market. The agency cannot put biosimilars on formularies or negotiate (or do away with) rebates. It cannot clear away extensive patent thickets. Though it has turned to public shaming of companies that are complicit in risk evaluation and mitigation strategies (REMS) abuse, it cannot compel companies to provide samples. Instead, it’s just another matter that can be relegated to the courts. (Sigh.) I am a big proponent of the FDA increasing its ties with the Federal Trade Commission (FTC), and I’ve been watching the blurring of the regulatory/commercial lines in the regulator’s purview for a while now. But as we continue to see agreements holding biosimilars off the market in the U.S. until as late as 2023, I don’t see any relief in terms of access anytime soon.

How Can The Industry Help The FDA?

One bright spot is the fact the BAP is a dynamic, “living” plan. The FDA emphasized its goals to add initiatives and identify activities over time that will evolve the regulatory space. Hence the recent Part 15 hearing, which gave all stakeholders an opportunity to share their thoughts on how the agency can best educate, develop efficient regulatory protocol for biosimilars and interchangeables, provide additional clarity to existing regulations, and promote market competition.

As I wrote in a previous article, this hearing gave me a better sense of where all the players in the industry currently stand on certain biosimilar “hot topics.” But the most valuable part of this hearing was the FDA’s questions and commentary following each speaker. I was particularly struck by one phrase that was reiterated throughout the hearing: “In your written comments, please make sure you provide more detail on points x, y, and z.” Now, to be fair, presenters only had a few minutes to cover education, real-world evidence, naming, interchangeability, switching, and biosimilar development efficiencies. But at this point in the game, I’d argue there is no such thing as being too detailed in our written commentary to the agency. In fact, providing such detailed commentary has never been more important — especially because there are still critical ways in which the agency can broaden its role in the marketplace. (And this holds true for all written comments provided in the future, as well — not just those due for the BAP on September 21, 2018.)

Many of the questions the FDA asked following presenters’ speeches during the Part 15 hearing were to be expected. When it came to education, panelists asked patient advocates for advice on how they can best educate patients on the critical analytical development biosimilars undergo. Similarly, the FDA expressed interest in one patient group’s argument that most outcomes data captured does not reflect the outcomes that matter most to patients. Of course, the biggest question then becomes, what type of outcomes data matters to patients, and why isn’t this being collected today?

Overall, the agency emphasized the need for more information behind speakers’ calls for real-world evidence. This term has reached “buzzword” status. But at face value, it’s relatively meaningless — and that’s frightening, given just how many times it’s slated to be the biosimilar industry’s future success. The term only leads to many questions. For example, when I look at the phrase real-world evidence, a couple of basic, but critical, questions come to mind (some of which the FDA panelists themselves asked during the hearing): what type or types of data should we be looking at? Is this data not already being collected, or is it not being collected by the right people? Who is currently mining said data, and who else should be mining it? What data matters to each individual stakeholder, and how can it best be presented? And the biggest question is what role can or should the FDA play in this search and data-mining operation? (In the BAP, the FDA did express its intent to work more closely with real-world evidence using the agency’s own adverse event reporting system (FAERS), Sentinel, and through partnerships with CMS. But the question remains, what will that effort look like?)

Asking The Right Questions Requires A Mingling Of Minds

As a former college-level writing instructor, I was happy to hear the FDA’s efforts to get the industry to drill down into a particular topic and communicate exactly how something should be done and who should be involved. This industry is great at providing brief, high-level summaries of what the market’s issues are and why these are concerning. (And that’s not limited to the biosimilar industry — it’s a societal habit.) In some cases, we may hear specific solutions to certain problems. But it’s rare we hear anything beyond the initial concerns and broad calls to action. Brainstorming about what that action should be and the different steps that need to be taken are often left to whatever organization was implicated in the call to action.

So my plea to you, dear readers, is to hearken back to your (perhaps dreaded) college essay writing days and to team up with your organization’s best writers. (We’re quirky but generally friendly people.) Instead of relying on the thousand-foot view on the why of a situation — which, yes, is critical — I challenge you to also keep asking yourselves the even more important questions: what do I even mean? (I ask myself this a lot), and how can this be done? Not only will this involve laying out the who, what, where, when, and why of a particular strategy, but this will also require combining the diverse minds and departments within your organization.

We’ve all heard that building this industry requires a multi-stakeholder approach. But there’s also an important transition that needs to happen within companies themselves. For instance, an expert at Pfizer shared just how many teams found themselves crossing paths and interacting for the first time thanks to biosimilar development. And I know there’s still more room to grow. I’ve heard a much-needed internal evolution is for experts on the policy side to engage more regularly with those on the commercial side of the business. In some cases (depending on the company, of course), there is little interaction between those heading up the biosimilar business and those in, say, government affairs. This is a shame, considering experts from both sides could likely learn quite a bit from each other given our current market.

Brainstorming solutions and presenting potential approaches for the FDA whenever the occasion calls for it will involve stepping outside of your own departments and expertise to better learn the possible strategies moving forward and what will or will not work in practice. The FDA has always asked for feedback when it comes to new guidances and policies, and, yes, quite often we’ve found the FDA has stuck to its guns or tried to take a middle ground thanks to our diverse base of opinionated stakeholders (hello, whacky naming guidance). But given the urgings of the FDA for greater specificity in written comments at the recent Part 15 hearing, I think it’s clear the agency is open to and wants the industry’s opinion on how it can successfully move forward.

The FDA knows its stuff when it comes to the science of biosimilarity and regulatory policy. But a lot of the strategies it can and should implement in the future will require the help and perspectives of non-scientific brains, as well. And we, as an industry, shouldn’t be shy about providing them with those perspectives.