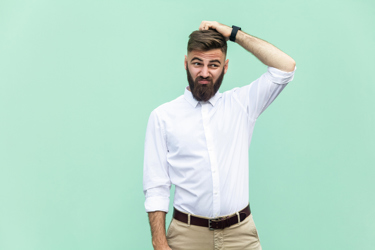 It’s been a topic of great ire and debate over the past few years in the biosimilar space: interchangeability. For those in Europe or other countries, the U.S.’ unique regulatory designation linking interchangeability to automatic pharmacy substitution (as opposed to physician-led switching) has been a headscratcher.

So far, interest in interchangeability among biosimilar firms has been tepid, with Boehringer Ingelheim being the only company to publicly announce and complete a switching study for its Humira biosimilar. As many companies continue to develop and launch non-interchangeable biosimilars under the medical benefit to treat rheumatology, gastroenterology, and oncology patients, many industry experts have voiced their expectations that interchangeability won’t be experienced until we enter the era of pharmacy benefit competition (i.e., autoinjector products).

At the U.S. World Biosimilar Congress in early March, I’ll admit I was surprised to hear interchangeability brought up so regularly in discussion. Though the topic has been simmering on and off for the past few years, it felt as though members of the industry were approaching the nuances of interchangeability with increased zeal. As we are only a meager three years away from the storm of Humira biosimilars hitting the market in 2023, it makes sense that we would begin to speculate more regularly about what a world with interchangeable products could look like.

In her presentation, Boehringer Ingelheim’s Head of Public Policy, Molly Burich, tackled the lingering questions surrounding interchangeability and its impacts on stakeholders and regulatory policy. A number of these questions won’t have answers until we are closer to having an interchangeable product on the market — hopefully in 2023, should BI’s Cyzelto ultimately earn FDA approval. But as Burich explained, “All of these questions are important to think about today because, outside of the development challenges, the industry needs to be prepared for how interchangeability may look and feel to the different stakeholders.”

What Interchangeability Guidance Does FDA Still Need To Provide?

Last May, the FDA came out with its final guidance on interchangeability. To many outside of the biosimilar industry, this release was heralded as a huge step toward greater market access. Now, many, including myself, had their own mixed thoughts on the benefits and challenges the agency’s final guidance could pose for companies choosing to pursue interchangeability. Though it remains a challenging development process, the FDA did make some notable changes that were hailed as big improvements.

Since the release of the guidance, the FDA and industry have been increasingly vocal about what being interchangeable means and, equally important, what it doesn’t mean. Though an interchangeable product may have more clinical data behind it, both the industry and the FDA have been reiterating that an interchangeable biologic is not higher quality nor is it more highly similar than an approved biosimilar. Indeed, education around interchangeability and what it could mean for different types of products and care settings should remain an agency priority.

However, there still remain a few other gray areas that the FDA has yet to address, including naming and labeling, which likely won’t be answered until the launch of an interchangeable is imminent.

As we know, the biosimilar space struck out on its own with a brand-new naming system (somewhat begrudgingly, depending on the stakeholder). The nonproprietary name of each biosimilar must come equipped with a non-meaningful suffix. New biologics to the market will also boast these suffixes, while reference products to current biosimilars will remain suffix-less due to the amount of resources needed to retroactively alter these products’ regulatory documents and labeling and packaging materials. The question that has yet to be answered is whether interchangeable biologics will be suffix-less, like their reference product, or if they will have their own nonmeaningful (or perhaps meaningful?) suffix.

Similarly, it’s unclear what information will be included in an interchangeable product’s label. Current biosimilar labels differ from their reference product in only small ways. In addition to a biosimilarity statement, it must be noted in the label if the biosimilar is approved for fewer indications than the originator due to originator patents or a specific biosimilar market strategy. A few years ago, the FDA decided there was no need to include the biosimilar’s own comparative clinical efficacy data within the biosimilar’s label, primarily out of concern it would cause physician confusion. This raises questions about what kind of information will be deemed necessary to relay within an interchangeable biologic’s label.

“Will there be an interchangeability statement?” Burich asked. “Will the label and the evidence within it actually look different from that of the reference product and other biosimilars?”

Physicians And Additional Clinical Data: Will The Value Be Realized, & How?

The time and cost challenges of carrying out an interchangeability switching study have arguably been the biggest deterrent from pursuing interchangeability for more biosimilars. Prior to approval, a number of currently launched biosimilars approached the FDA with some single-switch data in one or multiple indications prior to approval (even if the agency did not request switching data). Similarly, as we accrue real-world experience, it has become crystal clear that single switches have not led to clinical complications for patients. Even though multiple-switch or biosimilar-biosimilar switching data remains few and far between, we are even starting to see study data emerging demonstrating successful switches between infliximab biosimilars (i.e., Renflexis and Inflectra).

But outside of the time and cost of an interchangeability study, one big question remains to be answered: Will physicians find this more extensive switching data useful, and how will this additional data impact how a physician communicates a switch to a biosimilar with the patient? Burich expects this additional clinical data could be particularly useful for physicians once patients start to encounter biosimilars within the pharmacy. “Interchangeability could change physician behavior, depending on the product and what the study looks like from a patient standpoint,” she explained. “There are real questions about how patients are going to respond if they’re automatically switched at the pharmacy counter.”

For example, in the medical setting today, it’s rare that a patient is going to know the brand name of the treatment they’re receiving. But at the pharmacy, patients will recognize differences in the packaging, device, and branding. “Patients with self-administered biologic products are deeply familiar with the look and feel of their brand’s device,” Burich said. “Though interchangeables and the reference product must have highly similar devices, it will still likely look and feel slightly different for the patient.”

To help bridge any gaps that may arise, Burich acknowledged that manufacturers will continue to equip their products with wrap-around services to help patients transition seamlessly to the interchangeable. “These services will look the same as they do today among current biologics and their biosimilars,” Burich explained. “The goal is to make sure there is no disruption in the patient’s experience following a transition. Manufacturers also want to make sure that the physician doesn’t end up fielding a lot of calls from confused patients after returning from the pharmacy with what appears to be a different product.”

Could Interchangeability Play A Role Under The Medical Benefit?

As I typed this subhead, I was faced with a strong sense of deja-vu. Back in 2015 when Zarxio launched and much of the regulatory pathway was still being ironed out, this was a commonly asked question about interchangeability. Now that over half of the approved biosimilars have launched under the medical benefit and are being used, the answer to this question has become more cut-and-dried.

Burich maintained that the ability to be automatically substituted will remain a more valuable factor for treatments given out through the pharmacy benefit — though she did admit there could be some complicating factors to this, including the potential integration of pharmacy benefit management tools into the medical benefit. “You can never say never because the reimbursement system and the levers that exist within it do change and could look different in the future,” she added.

Outside of any sweeping changes to the reimbursement frameworks, however, the fact that biosimilars (at least today) skew more closely to brands than small molecule generics means that there is one area in which I could see interchangeability becoming more relevant under the medical benefit.

Differentiation has always been part of the biosimilar conversation, especially as more competitors per reference product launch and the industry strives to provide value to patients outside of just a lower price tag. Unintentional as it may have been, the FDA, with its interchangeability option, built one potential differentiation opportunity into the biosimilar development regulatory pathway. (Indeed, many passionately argue that the U.S. version of interchangeability is just a commercial nuance and not a scientific necessity.) As expensive as it may be to gather, the additional data could prove to be a valuable differentiator in the future for medical benefit biosimilars in conditions where physicians and patients have been — or will be — less inclined to transition to the biosimilar.

Of course, as a number of recent Biosimilar Development articles have demonstrated, many pharmacists, nurses, oncologists, and rheumatologists are already taking advantage of the current wave of biosimilars under the medical benefit without the additional switching data. However, when expressing their confidence in the use of biosimilars in clinical practice, a majority of physicians, not surprisingly, point straight to the biosimilars’ clinical trials. The role these trials play in convincing physicians to trust biosimilars becomes a sizeable barrier for the biosimilar industry, which has been in the midst of a years-long debate about the necessity of these large-scale clinical trials. The elimination of large comparative trials will certainly not happen within the next few years — at least not on a wide scale. Indeed, there may always be molecules that require larger scale comparative clinical trial data. Regulators will most likely make this a product-by-product decision depending on a number of factors, including the complexity of the molecule and the strength of the candidate’s analytical data.

All that said, however, there could come a day when biosimilars arrive on the market without the clinical data that have been reassuring patients and physicians today. In this case, you can bet your bottom dollar the companies that have the financial resources will continue to provide some type of clinical data to regulators and patients as a differentiating factor for their future-wave biosimilar products. This could take the form of a single switch study. Or perhaps, this will be the moment when the interchangeability switching study as a differentiator gets its chance to shine. Though the automatic substitution piece of interchangeability may not matter under the medical benefit, the data from an interchangeability trial in a future heavily reliant on analytical characterization could end up speaking volumes to physicians and patients.