How One Rheumatology Practice Bolstered Uptake Of Biosimilar Infliximab 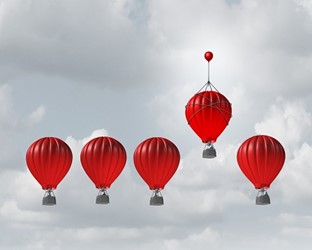 It never ceases to excite me when I hear that some organization, hospital, or clinic has found a way to bring biosimilars to its patients — regardless of all the noise happening in the industry today. Though I imagine there are more patients being treated with biosimilars in the U.S. than I personally am able to estimate based on the news, what tends to be in the spotlight are the number of patients who aren’t getting access to them because of payer decisions, rebate walls, and other less-transparent, systemic reasons. That’s why, when I learned that one rheumatology practice — the largest in the U.S. — had come up with a way that resulted in a majority of naïve and existing patients being treated by infliximab biosimilars, I was immediately heartened.

The Articularis Health Group (AHG) is home to 40 physicians whose offices are spread throughout South Carolina and Georgia. In the first of this two-part article, I interviewed Dr. Colin Edgerton about how this supergroup of rheumatology clinics implemented a value-based pathway, which greatly increased their physicians’ reliance on biosimilar infliximab. (As we all know, this molecule hasn’t seen quite as much love as some of the others have on the market thus far.) Dr. Edgerton shared with me the process of building the pathway using the American College of Rheumatology’s (ACR’s) guidelines and how peer-to-peer education resulted in greater buy-in from the group’s physician base. But I also wanted to learn more about the work that needed to be done on the payer front, since earning payer buy-in on biosimilars has remained a slow undertaking in the U.S. thus far.

In this article, Dr. Edgerton walks me through AHG’s considerations and efforts in gaining payer buy-in on this value-based pathway, as well as how this initiative has given rise to a new, rheumatology-centric group purchasing organization (GPO) known as the Articularis Rheumatology Network (ARN) GPO. This new GPO has big goals which, like anything important, will take time to roll out fully. But I’m optimistic that this pathway will be a critical tool for managing overall biologics cost in independent clinics around the U.S., regardless of the therapeutic area.

Though 2019 thus far has been a frustrating world in the biosimilar industry, news such as this automatically gets the wheels turning in my brain about how (or if) such an initiative could be adapted on a broader level.

As Dr. Egerton elaborated upon in the previous article, AHG began holding meetings regularly to discuss prescribing habits, overall costs, and biosimilar utilization among the practice’s providers. When I asked whether these types of meetings were typical in the clinical setting, Dr. Edgerton acknowledged that organizational barriers typically limit such efforts in a majority of clinics. For one, rheumatology clinics tend to be small; at 40 physicians, AHG is actually the largest rheumatology practice in the U.S. by 10 providers. In addition, establishing such a pathway requires rigorous data collection and analysis to determine what each physician is prescribing in real-time to better control spending.

“A clinic needs a level of sophistication to generate that data and must commit to reviewing and comparing the physicians’ prescribing data and spend,” Dr. Edgerton said. “These insights are not just helpful for biosimilars — it’s also a critical exercise to understand how the practice is using medications in general and the treatment pathway. This also enables us to put our finger on any outliers in terms of clinical performance and spend and address them accordingly.”

In fact, to gain buy-in from payers to implement such a pathway, these data-collecting efforts were (are) a must. AHG began exploring the opportunity of a value-based pathway three years ago, right around the time Inflectra came onto the market. AHG approached the region’s largest commercial payer to determine if this initiative was in line with the payer’s own goals. As Dr. Edgerton said, implementing a value-based pathway in rheumatology was of particular interest to both organizations given prior experience in the cancer space. Oncology treatment decisions are typically based on a trifecta of factors: quality, efficacy, and cost. Both the payer and AHG wanted to incorporate the same type of treatment evaluation in the rheumatology space. But to gain a thumbs-up from the payer, there were a few stipulations AHG had to meet for the pathway to become a reality.

For one, the payer asked that the pathway and treatments included on it be prescribed in line with ACR guidelines (which, as I explained before are broad and don’t selectively specify or prefer particular brands). Secondly, it was strongly suggested that the pathway be integrated into the EHR. Having seen stand-alone tools requiring additional user login and paper-based models perform inefficiently in oncology settings, the payer emphasized the importance of transferability between clinics. By building the pathway into the EHR, AHG laid the groundwork for meeting the payer’s third request, which was that this pathway be scalable.

“We did not want this to just be a special program limited to one practice, which is what the payer has seen previously in oncology,” he said. “In oncology, for instance, the genesis of pathways has been fragmented, partly due to the number of stakeholders developing pathways —for example, payers, not-for-profit consortiums, for-profit companies, and large physician networks. In rheumatology, we have the opportunity to learn from our oncology colleagues and take a more streamlined and scalable approach.”

To finalize the contract with the payer, AHG had to supply a return on investment analysis, which demonstrated the savings possible from implementing the pathway. Though this was beneficial for both the clinic and the payer in analyzing the savings, Dr. Edgerton also found it an incredibly valuable opportunity to educate the payer on the RA treatment pathway. Payers may have scores of data from RA claims, but there is not necessarily an understanding of why the disease is treated in the way that it is. Dr. Edgerton said there have been instances in which payers have looked at the number of patients taking infliximab, and, seeing that they’ve been stable on the drug for several years, asked if they still needed to be on the treatment.

“They thought we were leaving patients on the drug and forgetting to take them off of it once they’d achieved stability,” Dr. Edgerton clarified. “In some instances, we had to go down to the brass tacks to educate on rheumatological diseases and how treatment works in the long-run.”

In exchange, AHG approached the payer as an expert at finding cost-effective treatments. The providers were in agreement that they wanted to commit to lowering the cost-of-care. They only asked that there be enough leeway within a class of medicine to promote physician-patient choice. This arrangement would also serve as a benefit to both the payer and physician, as it eliminated the need to file prior authorization for treatments that may not be on the formulary. Given that prior authorization is traditionally a pharmacy benefit manager tool as opposed to that of a health plan, this was a winning scenario for those on the payer side, as well.

“I’m not sure they’ve ever had anyone come up to them and say, ‘We want to work with you on coming up with a meaningful formulary,’” Dr. Edgerton added.

Scaling-Up The Pathway: Why We Should Be Optimistic

In light of the payer’s desire to see this pathway be carried out beyond AHG, Dr. Edgerton shared the goals of the newly formed ARN GPO. While most GPO’s lump rheumatologists into the broader mix of specialties and treatment settings, this GPO will specifically represent the interests of rheumatologists. (For those of you who may be unfamiliar with the work of a GPO, these organizations negotiate with manufacturers on behalf of hospitals and clinics across the country. This way, manufacturers don’t have to approach each individual hospital system or clinic to negotiate volumes and prices.) Not only does this give rheumatologists a front-and-center role in the negotiation process, it also provides greater transparency into the pricing of drugs — especially biologics and their available biosimilars.

“It gives us true transparency on the costs,” he added. “We’re no longer swayed by assumptions around the cost; rheumatologists can now see that biosimilars are less expensive and they can trust that’s the right choice.” In fact, the transparency now available to rheumatologists in the AHG practice moves the organization closer toward vertical integration, which, as we know, is one of the key factors that has encouraged greater biosimilar uptake in certain health systems.

In joining ARN GPO, a treatment center would be given access to the pathway technology (for free, by the way), which can then be adapted for use in practices outside of South Carolina and Georgia. Clinics based around the U.S. that implement this pathway will not necessarily be working with the same payer as AHG, nor is each practice expected to arrive at the same formulary — the pathway is “formulary agnostic,” said Dr. Edgerton. After all, formularies are living tools; new innovative treatments and biosimilars continue to emerge each year. But as long as the physicians have access to medicines across the different classes and are in line with national guidelines, he doesn’t anticipate formularies will be drastically different or change radically.

Whether a provider be employed in an academic center, an outpatient clinic, a single specialty or a multi-specialty practice, the pathway is designed to be easily translatable across the sites of care. Dr. Edgerton considers it a “galvanizing force,” given rheumatologists growing interest in value-based care. (Admittedly, hospitals may be a bit trickier of a setting for physicians in general, given the lack of contracting transparency.)

“We’re finally speaking that value language,” Dr. Edgerton said. “There hasn’t been anything in rheumatology that’s comparable to what we see in other specialties with alternative payment models. I’ve spoken with people in academic settings and I’ve spoken with private practices. This is an easy conversation to have across the borders. We’ve certainly seen oncology pathways flourish, even though these are operating within slightly different settings. It’s high time we see the same success in rheumatology.”