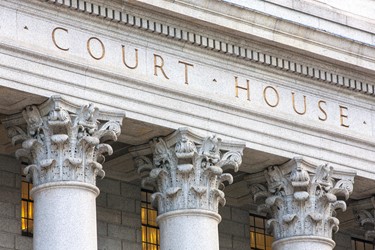 This is the fourth article in a four-part series on 2019 legal developments related to the biosimilar sector. Part 1 shared statistics regarding Biosimilars Price Competition and Innovation Act (BPCIA) district court litigation and reviewed ongoing BPCIA district court cases. In Part 2, we turned our attention to BPCIA district court cases that were settled in 2019. Part 3 reviewed BPCIA Federal Circuit appeals that are pending and those that were recently decided. In this final article, we cover 2019 biosimilar litigation related to anticompetitive conduct and post-grant patent challenges at the Patent Trial and Appeal Board (PTAB), and look ahead to what biosimilar developers can anticipate in 2020.

Although 26 biosimilars have been approved by FDA, they have not all entered the U.S. market, and many of those that have launched have failed to gain significant market share. Several factors may account for this, but some parties have alleged that the root cause is anticompetitive behavior on the part of reference product sponsors, as exemplified below.

Over the past year, AbbVie has been the target of several class action lawsuits. The first of these suits was filed on March 18, 2019 by UFCW Local 1500 Welfare Fund, a New York-based grocery union, in the Northern District of Illinois, against AbbVie and a number of adalimumab biosimilar manufacturers. The complaint alleged that AbbVie violated state and federal antitrust laws by creating an exclusionary “patent thicket” consisting of over 100 patents “designed solely to insulate Humira from any biosimilar competition in the U.S.,” even though the “primary patent” on Humira expired in 2016. The complaint also accused AbbVie of entering into “illegal market division agreements” with biosimilar manufacturers “in a concerted effort to delay biosimilar entry in the U.S. until at least 2023,” while permitting earlier entry of biosimilars in the European market.

Several other suits against AbbVie containing similar allegations followed, and Judge Manish Shah consolidated the proposed class actions (in re: Humira (Adalimumab) Antitrust Litig., 19-cv-01873 [N.D. Ill.]). On October 15, 2019, AbbVie moved to dismiss the consolidated class action complaint. The court has not yet ruled on this motion.

Another series of antitrust litigations involves Johnson & Johnson (J&J) and its subsidiary Janssen related to its Remicade (infliximab) biologic. In 2017 and 2018, Pfizer (whose infliximab biosimilar is marketed as Inflectra), retailers Walgreens and Kroger Co., and direct and indirect purchasers of Remicade filed antitrust suits against J&J and Janssen in the Eastern District of Pennsylvania. The cases involve allegations that J&J and Janssen maintained their market share and pricing for Remicade through exclusionary contracts, anticompetitive bundling, and coercive rebate schemes.

The various cases are progressing separately. Pfizer’s case (17-cv-4180, E.D. Pa.) and the indirect purchasers’ case (17-cv-04326, E.D. Pa.) are in fact discovery, and the court has recently addressed several discovery disputes. Walgreens’ and Kroger’s case was dismissed by the district court in March 2019 for lack of standing to assert federal antitrust claims based on the plaintiffs’ assignment agreements; Walgreens and Kroger appealed to the Third Circuit and oral argument was held in November 2019 (3rd Cir. 19-1730). The direct purchasers’ case (18-cv-00303, E.D. Pa.) will now be referred to arbitration. On September 13, 2019, the Third Circuit overturned the district court’s denial of J&J’s motion to compel arbitration, holding instead that the direct purchasers’ antitrust claims must be arbitrated pursuant to the terms of a 2015 distribution contract (in re Remicade (Direct Purchaser) Antitrust Litig., 938 F.3d 515 [3rd Cir. 2019]).

Additionally, in July of this year, Janssen’s 10-Q filing with the Securities and Exchange Commission revealed that “[i]n June 2019, the United States Federal Trade Commission (FTC) issued a Civil Investigative Demand to Johnson & Johnson in connection with its investigation of whether Janssen’s REMICADE contracting practices violate federal antitrust laws.”

Other Allegations Of Anticompetitive Behavior

Allegations of anticompetitive behavior have also emerged in other biosimilar-related litigations in 2019.

For example, as discussed in Part 1, in Amgen v. Coherus (No. 17-cv-00546 [D. Del.]), Coherus has requested attorneys’ fees following its successful motion to dismiss Amgen’s suit, claiming that Amgen brought and maintained a “meritless and anticompetitive suit” (see, e.g., id. at Dkt. 97). Coherus has claimed that Amgen engaged in a “fundamentally anticompetitive litigation strategy” to “crippl[e] a nascent competitor like Coherus” (Id.).

In another case, Chugai Pharm. Co. v. Alexion Pharms., Inc. (No. 19-cv-02120 [D. Del.]), Chugai alleged a different type of anticompetitive behavior — product hopping. In its complaint, Chugai alleged that Alexion’s Ultomiris (ravulizumab) infringes on Chugai’s patent relating to methods of extending the half-lives of antibodies in blood plasma. Although most allegations in the complaint relate to claims of patent infringement, Chugai also hinted at potentially anticompetitive product hopping by Alexion, including Alexion’s warnings to investors about biosimilar competition and its “principal business objective[]” to “facilitate the conversion” of patients from Soliris (eculizumab) to Ultomiris prior to the expiration of patents covering eculizumab in 2021 (Id. at Dkt. 1).

Post-Grant Patent Challenges At The PTAB

In addition to IPR filings, there were a number of IPR appeals progressing in 2019 involving biologic products, some of which are noted below.

The Federal Circuit in Celgene Corp. v. Peter (931 F.3d 1342 [Fed. Cir. 2019]), affirmed the PTAB’s final written decision invalidating claims of Celgene’s patents (directed to methods for safely distributing teratogenic agents to patients while avoiding exposure to a fetus) and held that the use of IPR proceedings for patents issued prior to the enactment of the America Invents Act (AIA) was not an unconstitutional taking under the Fifth Amendment. This decision has already had ripple effects in the biosimilars space. For example, only a day after Celgene, a three-judge panel in Genentech, Inc. v. Hospira, Inc. (774 Fed. Appx. 677 [Fed. Cir. July 31, 2019]), affirmed without opinion a PTAB decision invalidating a patent relating to Avastin (IPR2016-01771), implicitly rejecting Genentech’s Fifth Amendment challenge to the use of IPR proceedings for pre-AIA patents.

Coherus and Boehringer Ingelheim originally filed the IPRs, but, after settling with AbbVie, withdrew from the appeals. The PTO intervened to defend the PTAB’s final written decisions in the IPRs. The United States also intervened to respond to AbbVie’s constitutionality arguments regarding the applicability of IPRs to pre-AIA patents. On January 7, 2020, the Federal Circuit issued a Rule 36 affirmance of the PTAB’s decisions, with no discussion of AbbVie’s constitutionality arguments.

Pfizer, in IPR2017-01168, successfully challenged all claims of Biogen’s U.S. Patent No. 8,821,873, which generally relates to methods of treating lymphoma with an anti-CD20 antibody (e.g., rituximab). Biogen appealed the PTAB’s final written decision of unpatentability (CAFC No. 19-1364). Pfizer declined to participate in the appeal, and the PTO intervened in April 2019 to defend the PTAB’s ruling. The Federal Circuit heard oral argument on December 6, 2019.

In Apotex’s IPR challenge to Amgen’s U.S. Patent No. 8,952,138, directed to processes for refolding proteins (IPR2016-01542), the PTAB found in favor of Apotex, invalidating 23 of 24 claims of the Amgen’s patent in a final written decision in 2018. Following a panel change, the PTAB then sua sponte modified its final written decision in May 2019 to invalidate the final claim. Amgen appealed the PTAB’s ruling in July 2019 (CAFC No. 19-2171). The PTO intervened to step in for Apotex, which declined to participate in the appeal.

Amgen filed its opening brief on November 4, 2019. In addition to asserting that the PTAB erred in its claim construction and validity determinations, Amgen sought to overturn the PTAB’s ruling based on the Federal Circuit’s recent decision in Arthrex, Inc. v. Smith & Nephew, Inc. (Fed. Cir. Oct. 31, 2019), asking the Federal Circuit to decide whether the “Administrative Patent Judges who served on the Board in this case [were] principal officers of the United States appointed in violation of the Appointments Clause.” Amgen filed its reply brief on January 21, 2020.

2019 set records for the greatest number of biosimilar biologics licensing applications (BLAs) approved by the FDA and the greatest number of biosimilar products entering the U.S. market. The FDA also issued new guidance under its July 2018 Biosimilars Action Plan, taking steps towards growing the biosimilars market in the United States. While the FDA was active in approving biosimilars this year, there was a significant drop in the number of new BPCIA district court cases filed in 2019, with only five filed, as compared to the 12 and 13 in 2018 and 2017, respectively.

Participants in the U.S. biosimilars market have several things to look forward to in 2020. The FDA is expected to continue rolling out further guidance and taking more measures to encourage continued growth of the U.S. biosimilars market. Also, the agency will likely take steps to stop the makers of biologic reference products from filing citizen petitions as a tactic to delay biosimilar market entry, consistent with the final guidance issued late in 2019. In addition, participants in the field are preparing for the March 23, 2020 transition date, when insulin and other biologics previously approved as drug products under section 505 of the Federal Food Drug & Cosmetics Act will be deemed to be licensed biologics under the Public Health Service Act.

Finally, in 2020, both the PTAB and the Federal Circuit will weigh in on new and pending IPRs and PGRs in the biologics space.

Tasha M. Francis, Ph.D., was previously an associate at Fish & Richardson. She is a well-known speaker and writer on topics related to the Biologics Price Competition and Innovation Act and life science post-grant proceedings. Francis has extensive experience in the areas of small molecule and biologic pharmaceuticals (including antibody technologies), drug formulation and drug delivery technologies, diagnostics, protein biochemistry, and chemicals.