Biosimilars In Rheumatology: How To Move The Needle On Uptake, Access 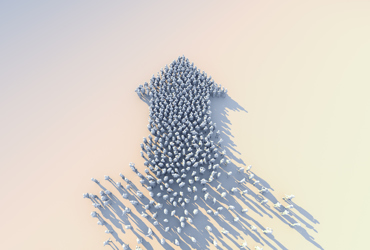 In recent weeks, Cardinal Health released a new report entitled, “Rheumatology Insights: Views on biosimilars, value-based care, and changing industry dynamics from rheumatologists nationwide.” As this report showcased, 100-plus rheumatologists’ knowledge about and usage of biosimilars has certainly increased over time. In fact, 90 percent of those surveyed revealed that they would be very comfortable or somewhat comfortable prescribing biosimilars for their patients. Currently, 42 percent of respondents have been prescribing biosimilars for new patients. For 35 percent of respondents, biosimilar transitions are guided by payer policies mandating biosimilar usage. (Be sure to check out the report for more stats about education needs, usage patterns, and ongoing concerns in this community.)

Though biosimilars are garnering greater attention in this community, there is still a lot of work that needs to be done to encourage greater rheumatologist buy-in. I reached out to Dr. Gordon K. Lam, medical director of clinical and translational research for Northeast Rheumatology, Atrium Health. In this Q&A, we talked through some of the biggest takeaways he had from this survey and how rheumatologists, manufacturers, and payers can better move the biosimilar industry forward for patients.

Anna Rose Welch: What was the most surprising thing you learned from the results of this survey?

Dr. Gordon Lam: The number one surprise for me was that the overwhelming majority of rheumatologists surveyed said that they were familiar and comfortable with biosimilars. Of those surveyed, 98 percent were somewhat to very familiar with them. Similarly, 90 percent said that they were comfortable with prescribing them. But despite this, usage in the community isn’t very high. There is still a lot of reluctance and reticence to prescribe them.

Welch: In your experience and based on the data from the survey, what are some of the reasons uptake remains low within the rheumatology community?

Lam: In addition to lingering concerns about safety and efficacy, many physicians remain skeptical because discounts have been less than we presumed. As the survey showed, upwards of 65 percent of those surveyed agreed or strongly agreed that they would be reticent to transition patients to biosimilars until there are more favorable payer policies and cost savings. As rheumatologists, there are three different cost-perspectives we need to consider: the cost to the patient, the cost to the health system or payer, and the overall cost to society. As providers, the most important is that to our patients. Rheumatologists would like to see biosimilar cost savings benefit our patients more because, at the end of the day, we're foremost advocates for them.

Welch: What steps do you think will help move the needle on biosimilar uptake in rheumatology and lead to greater cost savings?

Lam: We must continue addressing concerns about efficacy, interchangeability, and extrapolation for rheumatologists. Biosimilars could be used appropriately as first-line in its class, such as in new starts or when an existing patient changes to a biologic with a different mechanism of action. Currently, the American College of Rheumatology does not endorse non-medical switching, that is, switching a patient who is stable on a biologic to another purely for cost reasons. So, in our practice, earlier utilization has been working well to increase usage and overall physician comfort.

Welch: What factors will lead to greater utilization for patients and rheumatologists?

Lam: First, larger discounts and reassurances that these discounts are being passed along to the patients will be critical moving forward.

Second, the self-administered biosimilars, such as to Humira and Enbrel, have to be made available. Some have been already approved by the FDA, but market access has been delayed by litigation by the manufacturers of the originator products. Currently, the only biosimilars that are available in rheumatology are infused products.

Third, patient and physician support programs by the biosimilar companies should be comparable to those offered by the reference manufacturers. Examples include co-pay cards, samples, and medical science liaisons. All these help rheumatologists maintain care for their patients. Co-pay cards have been critical in helping patients manage the costs of their medications. Samples can bridge patients through treatment interruptions, particularly when prior authorizations need to be renewed. And medical science liaisons are valuable sources of information for providers.

Welch: What dynamics are you currently seeing in the payer realm, and what impact are they having on overall biosimilar usage?

Lam: There are some interesting payer and cost dynamics that we’re seeing today. For one, the two biosimilars to infliximab currently on the market aren’t on the preferred list of many payers so we can’t readily prescribe them even if we wanted to. We’ve also found that, in some situations, the biosimilar paradoxically is more expensive than the reference product. However, one positive side effect of biosimilar competition is that as biosimilars have become available, the price for Remicade has gone down by about 14 percent. We hope that the decreasing costs of the originator product will lead to greater discounts for the biosimilar, and that this will increase access and promote continued cost savings.

Welch: A recent study shared that a majority of payers still prefer the use of the reference product over the biosimilar. However, that same study also showed that the most common payer strategy was to cover biosimilars and their reference products at parity. Will this strategy be beneficial for biosimilar usage in the long run?

Lam: Unfortunately, I don’t think parity is the best strategy for successful biosimilar uptake. We can’t know the arrangements behind the scenes as to why most payers are still preferring the reference product over the biosimilar, whether they be bundled rebates or extended contract arrangements. But ultimately, rheumatologists would like to see a clear payer preference for the biosimilars. That’s the only way to drive greater utilization of biosimilars and ensure that their discounts are reaching the patient.

Lam: We're beginning to see the formation of rheumatology-specific group purchasing organizations, including United Rheumatology, Bendcare, and the American Rheumatology Network. These organizations are collective networks of rheumatology practices that have banded together to strengthen their negotiations with manufacturers and payers. This can help give smaller practices a larger voice in negotiations and introduce greater consistency in contracting.

There also will need to be a behavioral shift in the rheumatologist community. Rheumatologists really pride themselves on the art of medicine as much as the science of medicine, and experience and intuition can play a large role in treatment decisions. But now, we need to strive to create better, more objective ways of prescribing to overcome prescribing inertia. A lot of practicing rheumatologists prescribe certain medications because that is what they’ve been doing for several years, and they’ve had great success. However, increased use of biosimilars would increase real-world evidence for them, which may influence payer policy and increase prescriber comfort.

Welch: Are there any takeaways from this study or from your experience as a rheumatologist that you think is important for biosimilar manufacturers to know?

Lam: We're still very excited for biosimilars and their ability to decrease costs, increase access, and allow us to treat more patients. So, we urge manufacturers to keep developing biosimilars and to increase their market access so that more patients can benefit from them. This means addressing the political and regulatory barriers, along with improving education of biosimilars for patients and providers alike.

Manufacturers should also realize that the progress in biosimilars may be tempered by new and emerging classes of immunomodulatory agents, like the JAK inhibitors. These have been shown to be non-inferior if not superior to TNF inhibitors, which may draw rheumatologists increasingly to these treatments instead of to biosimilars. But the good news is that biosimilars may also used in diseases other than rheumatology, so I believe the overall impact of biosimilars will be significant — both medically and financially — outside of the rheumatology world.