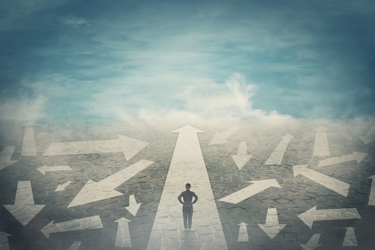 A topic that’s been front of mind for me lately has been what a successful biosimilar market will look like. Of course, there are a number of perspectives on this and quite a few moving parts. In addition to sustainable policies and measurable increases in access and price competition, one way to determine the overall strength of an industry is in looking at the makeup of the players. When biosimilars first emerged, there was a diverse mix of companies interested in jumping into the arena, whether it be Big Biotech, Big Generic, small biotechs, or biosimilar pureplays. Fast-forward to 2020, most of the first-wave success stories have come from the mid-sized to large pharma companies.

However, there’s definitely a change coming. Small biotechs in the biosimilar arena have been catching my eye in the past year; in fact, in my Top 7 Biosimilar Developments of 2019 article, the number one noteworthy development was the rise of small biosimilar players around the world. If they don’t already have a product on the market right now (i.e., Coherus), they’re announcing successful Phase 1 clinical trial results for second-wave products.

One of these up-and-coming companies is BiosanaPharma, a virtual biotech out of the Netherlands. The company announced earlier this year that its biosimilar candidate for omalizumab (Xolair) had cleared its Phase 1 trial and is targeted for a comparative efficacy study in 2021. In addition to expanding its biosimilar pipeline in the upcoming years using its 3C continuous counter-current bioprocessing platform, the company also has long-term hopes of bringing the holy grail of all biologics — the oral biologic — to market. I sat down (virtually) with BiosanaPharma CEO, Ard Tijsterman, to discuss the advantages and challenges of being a virtual biotech pursuing biosimilar and novel biologic development.

COGs: Why This Must Be Front Of Mind For Biosimilar Makers Now

The future sustainability of the biosimilar market will depend on several key factors, one of which is a reduction in the cost of goods (COGs). Without continued innovation in the manufacturing and analytical components of biosimilar development, the biosimilar value proposition becomes less feasible for pharma manufacturers. The need for a low-cost manufacturing approach to antibodies has been top of mind for Tijsterman for years, especially in the face of what he sees as a more “genericized” biosimilar industry with steeper pricing discounts.

When it comes to implementing a process for biosimilar development that keeps COGs front and center, Tijsterman was well equipped. In his previous roles, Tijsterman has been involved in bioprocessing consulting and was one of the inventors of a continuous chromatography approach which went on to be acquired. Armed with the knowledge of how to implement a continuous downstream process, Tijsterman turned his sights to innovations that could be made in upstream processing. This led to the creation of BiosanaPharma’s 3C manufacturing platform, with which the company has developed its biosimilar omalizumab along with a promising oral omalizumab preclinical candidate.

Though the first wave of biosimilars is being tackled by a number of successful mid-large pharma companies, Tijsterman anticipates that much of the push for reducing COGs and promoting innovative development strategies is currently in small companies’ wheelhouses. It goes without saying that (at least so far) larger companies have had more flexibility in terms of their finances, manufacturing capacity, and ability to carry out larger-stage biosimilar clinical development. In fact, for many of the first biosimilar products, larger companies went above and beyond in terms of large-scale clinical efficacy studies in multiple indications as they and the regulatory agencies learned what data was critical for biosimilar approval. The FDA’s biosimilar development triangle, as we affectionately know it, has been a new type of development that many historically innovative companies have had to adapt to (i.e., analytics> clinical trials).

But moving forward, the resource constraints facing small companies positions them to be the most willing parties to try the “un-tread paths” in future waves of biosimilar development. This is thinking that cannot be overlooked today by biosimilar players, Tijsterman explained, especially because of the current volatility in biosimilar pricing we’re witnessing worldwide. “Companies are coming to market with 80 percent discounts while others are offering 15 percent to 20 percent,” he pointed out. “This wide difference in pricing isn’t sustainable. In the long-run, I anticipate we’ll see biosimilar pricing settle anywhere from 40 to 50 percent of the originator cost.”

This is where COGs come in. For biosimilars, Tijsterman estimates that future drug substance manufacturing will account for up to half of the overall costs. This is strikingly different from blockbuster biologics, in which drug substance manufacturing only accounts for 1-2 percent of the overall costs. “As biosimilar competition intensifies in the years ahead, COGs is an area that’s prime for more attention,” he said.

Earning Investor Buy-In: Do Small Companies Have To Diversify Their Business Model?

As is to be expected, attaining the appropriate resources is one of the biggest challenges for all emerging and small biotechs, regardless of therapeutic area. However, biosimilars are their own animal and have faced funding challenges for a couple of reasons. For one, in the early days, the concept of biosimilarity was not considered scientifically possible. Of the investors who did believe biosimilars could be developed, there was a general hesitance over whether companies would see a sufficient return on investment.

Given these challenges pursuing venture capital, BiosanaPharma turned to government funding. Both the Australian and Netherlands governments provided the necessary funding to cover 90 percent of the company’s costs for the first two to three years, which was used to support the company’s outsourcing as it established a proof of concept. In addition to government funding, private funding from individuals helped supplement additional costs.

“It’s only been in the last few years that venture capitalists have acknowledged there is a biosimilar market opportunity,” he added. “But they’re also cognizant of the many large companies with a history of success in biologics and generics development. Naturally, there are concerns about a small company’s ability to compete and survive long-term alongside such competitors.”

The company’s fully continuous process has turned some investors’ heads given the biopharma industry’s progress towards continuous manufacturing. However, Tijsterman also credits greater VC buy-in because of its hybrid business model. In addition to having the first biosimilar mAb developed using a continuous process enter and succeed in Phase 1, the company also has the capabilities to explore oral formulations — or, as Tijsterman terms it, “The Holy Grail” of biologics formulation.

So far, the company’s oral formulation of omalizumab has been successful in three preclinical animal studies. In the past, many companies have strived and failed to create an oral biologic that demonstrates acceptable levels of bioavailability. However, BiosanaPharma’s candidate has showcased a higher bioavailability than that of the subcutaneous mAb formulation following animal testing. Of course, the real challenge ahead is determining whether the oral biologic candidate works in humans. The company is planning to begin human testing in 2021. If it is successful in the clinic, it will be game-changing.

As we’ve seen in the past, the pureplay biosimilar business model was more prevalent at the beginning of the industry. Even companies that started out as pure plays and are still players in this market have announced their innovative drug development efforts — Celltrion, Samsung Bioepis, and Formycon being great recent examples. I was curious to hear Tijsterman’s thoughts on whether the hybrid business model will be critical to small biosimilar companies’ success long-term.

“One of the take-homes from our discussions on this very topic has been to maintain independence as long as possible,” Tijsterman explained. “If your funding needs are so large, chances are your assets will be sold off early-stage and your business proposition becomes diluted. That can be the danger of being a ‘one-trick pony.’ A multi-product or multi-platform approach gives you more opportunities for growth. However, it’s best for there to be synergy between those different fields.”

For BiosanaPharma, this means pursuing a Xolair biosimilar and having a potential follow-on oral version waiting in the wings. (It’s important to note, like other new administration methods we’ve seen thus far in the biosimilar realm, follow-on products have to be developed and regulated as innovators as opposed to biosimilars.)

In the past year or so, we’ve been hearing more announcements from companies that are teeing up their future biosimilar pipelines via partnership deals or are completing Phase 1 trials of second wave candidates. These candidates have included Stelara, Eylea, and Lucentis. Being such a small company, Tijsterman emphasized the amount of thought that went into selecting its first pipeline product.

In the earliest days of the company’s formation, many biosimilar players were boasting pipelines targeting the blockbuster first-wave products (i.e., Humira and the Roche oncology trio). Being a small virtual player however, the leadership team did not feel this would be the best place to stake a claim in the biosimilar space. Instead, they began their pipeline search by homing in on originator products that brought in about $3 billion in annual sales. At the time, omalizumab stood out because there were no other companies pursuing biosimilar development. (Celltrion has since joined BiosanaPharma in this pursuit.) “Ultimately, we didn’t want to find ourselves in a rat race to the market,” Tijsterman added.

As it plans to develop its future biosimilar pipeline, BiosanaPharma faces several important decisions about its long-term goals. “Do we roll up our sleeves and say, ‘We have a low-cost manufacturing platform; let’s go all-in on a blockbuster product’?” Tijsterman asked. “Or do we choose to be more strategic and set our sights on the smaller, niche product markets where there will be fewer competitors? That’s a discussion we will have to finalize in the next few months before we make our second and third product choices.”

There are two factors that will help the leadership team with its product selection. One decision that must be made as the company continues to grow is whether it will want to invest in its own manufacturing facility. As a virtual company, outsourcing has proven to be the best possible strategy, but it can lead to timeline constraints. Not only do all parties have to be in alignment to meet development and regulatory deadlines, there are also challenges in finding vendors with the capacity to take on the biosimilar company’s needs. Larger companies often book capacity at facilities well in advance of when its needed, just to make sure the CMO is available when the product is ready for large scale development.

Secondly, the company needs to decide whether it would like to keep its 3C platform proprietary for its own biosimilar pipeline, or if it will be a good candidate for licensing. These considerations will determine the future success of the company as a whole.

“As a small company, we may not have the luxury to select a big pipeline and eliminate underperforming assets,” Tijsterman concluded. “Once we’ve made our choice, we must go full-in. Whatever happens along the way, we will have to solve it. But being a small player in this space also means that we are always fine-tuning our decision-making process. Our resource limitations actually enable us to think through manufacturing strategies and product selection differently from larger players, which we’re finding can certainly be an advantage.”