3 P's In A Pod: Keys For Building A Successful U.S. Biosimilars Market 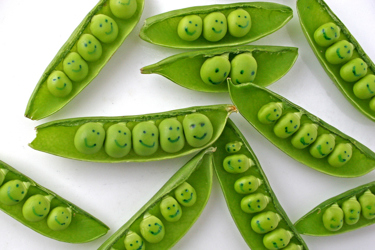 There’s no denying that the past few months have been dicey for all of us given the ongoing pandemic. But if there has been one good thing to come out of the quarantine months, it has been the rise of digital conferences. As an information-hungry editor — and one with a limited travel budget — nothing has been more welcome than being able to virtually attend events that I might otherwise have never made it to. The annual BIO International Convention, which took place digitally a few weeks ago, is just one great example of a conference I’ve heard much about but have never attended in person.

Though the conference offered much in the realms of novel drug R&D and coronavirus-related updates, I was delighted to find several presentations about the biosimilar world, including a panel entitled, “How can the U.S. cultivate a strong and competitive biosimilar market?”

The title of this panel has been THE central topic of discussion in this industry since the legislation introducing the BPCIA was passed 10 years ago. However, lately, we’ve arrived at a much more sophisticated point in the industry — a time at which I’d argue we’re getting much closer to concrete answers. As the FDA’s Eva Temkin shared during the panel, we are now at 27 biosimilar approvals (as of June 2020), and there have been 17 launched. That’s a nice jump forward from last spring when she counted 17 approved and only 7 launched. The introduction of multi-biosimilar competition, particularly in the oncology space, has raised more nuanced questions about how we can define a successful U.S. biosimilar market.

In listening to the BIO speakers, several points jumped out at me as being key components in establishing biosimilar success. Though we haven’t necessarily achieved these factors in their entirety — nor are they the only ones — these three talking points added some clarity to the slowly growing discussion on what U.S. biosimilar success will look like.

To kick-off the panel discussion, moderator Ed Silverman of STAT cut right to the chase, asking when we could anticipate the biosimilar market to fully “kick in”— especially in light of a recent study about U.S. payers’ biosimilar coverage. From day one, the industry has emphasized the importance of payer buy-in to help improve biosimilar uptake. However, as this JAMA study revealed, 17 of the largest U.S. payers preferred the reference biologic 33 percent of the time, meaning the originator must be prescribed before the biosimilar. Payers preferred biosimilars only 14 percent of the time.

Some stakeholders have begun arguing that, despite such statistics, the market is beginning to show healthy levels of competition, thanks to the increasing willingness of payers to support biosimilar usage. Chad Pettit, executive director, global value, access, and policy for Amgen, shared that, in only the last year, Amgen’s oncology biosimilar Mvasi (bevacizumab) reached 33 percent market share. It’s other oncology biosimilar Kanjinti (trastuzumab) was close behind at 27 percent. Though biosimilar market share varies widely depending on the product/therapeutic area, other companies including Sandoz, Biogen, and Pfizer all noted increases in biosimilar sales at the end of 2019, suggesting that businesses are at least growing.

Though there are any number of market access and uptake challenges still facing biosimilars today — certain payer policies being one of them — there was one data point from the study that is worth pointing out. Fifty-three percent of the time, biosimilars and their reference products were covered “on par” or at parity. In other words, the payer did not require physicians and patients to try the biosimilar or its reference product first; both products were covered equally.

So often these days when we discuss biosimilar competition, the words “even playing field” arise. In fact, regardless of whether I’m talking to industry members, physicians, or wholesalers, parity in coverage decisions has become the foremost goal of a competitive biosimilar industry. Such a coverage decision would give biosimilars a chance to compete as well as provide the agency that physicians and patients want when discussing treatment options. (For example, check out Biosimilar Development editorial board member Sean McGowan’s discussion in STAT advocating for such parity.) Hence it was a pleasant surprise to note that parity is, by and large, the most common payer strategy today.

That’s not to say we’ve reached a level playing field yet in terms of payer policy, nor will parity necessarily be an easy path for biosimilars. For one, more pressure will be placed on patient and provider education to ensure that biosimilars are trusted and used. We are finding — especially in these early days — that, in addition to education and parity on formularies, certain add-on payment incentives or a shared savings model could play a role in encouraging greater familiarity with, trust, and usage of biosimilars. Finally, maintaining parity — especially as more and more biosimilars come to the market for each reference product may prove to be a long-term challenge. There are some contracting shenanigans emerging these days that could destabilize the concept of parity all together. (Stay tuned for more on this at a later date.)

In addition to the work that must be done by the industry and payers to create a level playing field, it was great to hear that one patient advocacy group is also striving to encourage greater biosimilar parity. I first met Laura Wingate, SVP education, support, and advocacy, of the Crohn’s and Colitis Foundation, in 2016 at a conference. Since then, The Foundation has made huge strides in educating the IBD community and its providers. Positive real-world evidence for biosimilars and rising biologics cost have encouraged the advocacy group to embrace an education strategy that makes sure biosimilars are seen as a regular part of the biologic treatment continuum in the gastroenterology community. During the panel, Wingate outlined The Foundation’s efforts to share data and RWE from the EU and elsewhere with the gastroenterological professional communities, as well as to guide the community to trusted educational resources from the FDA and American Gastroenterological Association (AGA).

She also outlined two other efforts that could have great implications for longer term biosimilar market success. For one, the Foundation is striving to break down the walls between physicians and patients when it comes to discussing treatment costs. Despite the high cost of biologics and the critical role they can play in treating IBD, Wingate acknowledged that treatment cost is often considered a taboo subject of discussion. Empowering patients to discuss all treatment options covered by their insurance — biologic and biosimilar — and to choose the most appropriate and cost-effective treatment is one effort The Foundation is striving to achieve. Patients and providers have a great deal of power in helping to promote future cost savings and, in turn, coverage of new, innovative therapies for IBD.

Wingate would also like to see greater emphasis on patient thought leaders and their experiences with biosimilars, whether this be at conferences or through advocacy groups’ education campaigns. Giving patients the platform to discuss how they worked with their physician and arrived at the decision to start on a biosimilar or to transition could help normalize patients’ comfort with and use of biosimilars.

For the past decade, the U.S. has been blessed with the experiences of Europe; we’ve learned much about education and what competition and improved access can look like, thanks to the entrance of biosimilars. But this has also been a double-edged sword. In some EU countries, the uptake of biosimilars was so sweeping and the discounts so generic-like that expectations for U.S. biosimilar discounts and market share perhaps shifted toward the unrealistic.

Back in 2019, the industry survived the heart attack of several prominent editorials arguing that the biosimilar market was ineffective and should be eliminated altogether. Since then, however, the market has gotten increasingly lively, thanks to the rush of launches and improved uptake we’ve experienced in oncology the past six months. But as Alex Brill, resident fellow of the American Enterprise Institute, explained, we should expect that the market will continue to grow in fits and starts as opposed to all at once.

I particularly appreciated his thoughts on how we can begin to piece together what a successful U.S. market might look like. There are several factors that will impact the overall success of each biosimilar product, including the number of biosimilars approved and launched and the size of the market opportunity for each reference product and its biosimilars.

To Brill, the U.S. market will be a success when biosimilars have garnered a “significant enough footprint.” But as he cautioned, a “significant footprint” does not mean that the reference product will completely disappear, nor does it mean that a majority of the market has to or will be garnered by just one single biosimilar product. This could mean that multiple biosimilars are attaining specific percentages of the market. What those percentages will be and what will be satisfactory enough will obviously vary per company and therapy. Therein lies our continued work as an industry moving forward. Ascertaining the necessary size and competitive makeup of this “biosimilar footprint” will be one of the most widely debated talking points in the future as we define the U.S. own biosimilar success story.