Biosimilars Vs. Interchangeable Biologics: Which Is A Distraction? 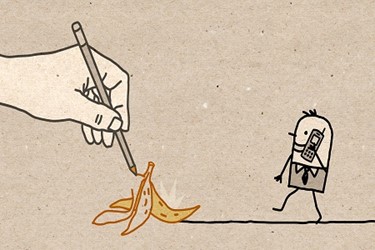 It’s always a great day when I read something that raises my eyebrows and gets the editorial wheels in my brain turning. In this industry, we’ve gotten used to reading and calling out misinformation, some of which has gone to shocking levels to imply biosimilars are of lower quality than biologics. This article will be no exception. I found myself puzzled, to say the least, by a recent editorial intriguingly entitled “Biosimilars Are A Distraction.” What I ended up reading were several questionable economic and clinical claims I feel are worth dissecting.

There are two main parts to this author’s argument. The first is that the great cost-saving biosimilar “explosion” we have been hoping and waiting for in the U.S. is not actually going to happen — at least not without interchangeable biosimilars. (Please note this is the FDA version of the term “interchangeable,” meaning biosimilars that have been approved as interchangeable and can be substituted at the pharmacy level.) And secondly, because the biosimilars marketed today are not currently substitutable, the author argues noninterchangeable biosimilar competition is more likely to mimic “me-too-drug”-style competition. (Me-too drugs are follow-on drugs with a similar, but not clinically substitutable mechanism of action — for instance, the author points to several cholesterol-lowering and hypertension drugs.)

In an ideal world — one in which we realize the explosion of savings and access promised by biosimilars — the editorial claims we would be seeing competition similar to that of the small molecules market. To be fair, the author does briefly acknowledge some of the market barriers that have been attributed (key word here) to blocking competition. But, according to the author, the main reason we haven’t seen the rise in biosimilars we’d like is because of the lack of focus on and approval of interchangeable biosimilars.

Now, the argument that interchangeability (in terms of pharmacy-level substitution) is critical for market development perhaps could have been — and likely was — made a few years ago before we saw the FDA’s proposed development plans for an interchangeable biosimilar. In fact, when I first started writing in this industry, a big question was whether interchangeability would make or break the market. However, more often than not, this question no longer garners serious discussion because:

I’ve been quite transparent in the past with my concerns about a separate regulatory status for interchangeability in the U.S. I’m far from alone when it comes to decrying the need for these additional regulatory bells and whistles. So, in an effort to defend noninterchangeable biosimilars’ honor, there are three claims (in italics throughout) made in the article I’d like to address. (Please note, because of the different meaning of the term interchangeability in the U.S. compared to other nations, I will be referring to the FDA-designated interchangeability as pharmacy or automatic substitution for the sake of clarity in this article.)

Article Claim 1: “Will a ‘biosimilar wave’ result in increased access and a lower cost burden of these drugs? The answer is mostly no. If one is interested in lowering the cost of biologics, then talking about these anticipated biosimilars and helping the market for biosimilars “mature” is misleading. The real conversation we should be having is about interchangeable biosimilars, which are substitutable versions of the original biologics.”

I do sincerely admire this author’s passion and respect for FDA-approved interchangeable biosimilars. I don’t wish to discredit the notion that pharmacy-level substitution could be a boon overall for competition in certain product markets — specifically in the Humira and Enbrel markets. (These are currently the only two reference products with biosimilars that someday will be distributed at the pharmacy level.) For future biosimilar pipelines, pharmacy-level substitution could promote biosimilar uptake and cost savings.

But it’s also important to consider just how much of the current novel drug development efforts are in oncology, which, barring the development of oral biologics, will continue to be hospital- or clinic-distributed for the foreseeable future. At a conference earlier this year, an expert shared that 57 percent of products in Phase 1 right now are oncology products. Forty-three percent of Phase 2 trials are investigating oncology products, along with 26 percent of Phase 3 trials. As such, oncology products rank number one in innovative pipelines — which, if all goes well, are the future generation of products that will need biosimilar competition. So, considering this, I’d argue substitution will not be the golden chariot delivering us the competition of our dreams, neither today nor in the future.

Article Claim 2: “Biosimilars (the non-interchangeable kind), on the other hand, are not fungible with original biologics, so the competitive challenge they pose to original biologics is more akin to the kind of competition posed by ‘me-too’ drugs, namely standalone pharmaceutical products that are indicated for the same disease or condition but are not clinically fungible.”

If there was ever a statement that could be likened to plunging a sharp sword into the heart of this industry, it’s the statement that biosimilars are not “clinically fungible.” (Now, to be fair, the author said “akin to,” which does leave a bit of rhetorical wiggle room.) If the scores of global real-world evidence haven’t been proof enough that patients can be transitioned safely and effectively to a biosimilar from a reference product, I’m not entirely sure what else can spell this out. Many countries in Europe have operated under the assumption that all biosimilars are interchangeable, meaning a physician and patient are allowed to decide whether transitioning to a biosimilar is the right step to take both clinically and economically. If biosimilars were not clinically identical to their reference products, the biosimilar industry would be defunct today and there would be a lot of lawsuits. It’s as simple as that.

Article Claim 3: “The FDA should … fast-track its regulatory guidance on interchangeable biosimilars. And, in the meantime, we ought not to settle for less than Hatch-Waxman-like competition in biologics markets.”

We’re certainly not seeing generics-level competition yet, nor do I think we should expect it this soon. After all, generics took upwards of 14 years to ascend to their current status on the market. And I daresay this level of competition will require more than a tweak to just one regulatory guidance with which, like flipping a light switch, all will be fine.

Even though we’re not seeing striking levels of competition, some figures have been released that show uptake has been increasing in the U.S. As Murray Aitken of IQVIA recently shared, Basaglar, the follow-on biologic to Lantus, is approaching 30 percent market share (currently at 26 percent), and competition from Zarxio has brought market share for Neupogen down by 20 percent. We’ve grown accustomed to the knowledge that biosimilars Renflexis and Inflectra have had a hard go of things — together, they’ve only reached 6.6 percent of the market. It’s this startingly low uptake that we tend to dwell on in this space, primarily out of pure frustration.

But over the past few weeks, there has been some good news from the newly launched Neulasta biosimilars Fulphila and Udenyca. Recent Symphony Health Data shared that these two new arrivals to the oncology biosimilar space have shown “very healthy growth” in February, and they are both poised to see further growth. As of February, the two biosimilar products together have conquered 6.9 percent of the market, which is no mean feat, considering Coherus’ product launched early in January. Coherus actually stunned analysts by announcing estimates of $36 million to $38 million in net sales of Udenyca after its first three months on the market. (Seven times higher than analysts anticipated!)

I share this news not only to celebrate the success of one of the ultra-rare small companies succeeding in this space, but also to demonstrate how differently each product performs. Hence the danger in assuming one strategy — like substitution — will be the silver bullet. In the case on Neulasta, one analyst firm credits the reimbursement dynamics at the 340B hospital level, which accounts for one-third of the Neulasta market, and patient turnover, for more rapid biosimilar market growth compared to a product like infliximab.

My Vision Of An Ideal Market In The U.S.

I’ll admit, I was drawn to the title of the editorial, “Biosimilars Are A Distraction.” This isn’t to say I find biosimilars a distraction in the same way the author argued throughout their article. But it got me thinking about the terminology issue we face in the U.S. In fact, if the U.S. had the same definition of interchangeability as Europe did and the author was arguing in favor of the U.S. changing and broadening its definition of interchangeability, I daresay this would’ve been a very different article. Rather than be in a situation where we have nonsubstitutable and substitutable biosimilars in the U.S., it would be a dream come true to wake up and realize these finicky semantic and purely commercial distinctions were never actually made. (That might make for a less scintillating but still intriguing rendition of The Man In The High Castle.)

As the author explained in the article, the reason we have a separate pathway for interchangeability goes back to the (often declared as poorly written) text of the BPCIA. However, as someone who spends hours staring at a poem only to add two or three words (and deems it a fun, productive weekend), I’d like to keep emphasizing that the Biologics Price Competition and Innovation Act (BPCIA) is a living document. There is nothing barring the bill from being revisited, reinterpreted, and/or revised in the future. This wouldn’t necessarily be the easiest nor the quickest solution — and some of you may argue the U.S. has already put too much time and effort into tackling the confusing substitution narrative that we have today to change it now. Similarly, to eliminate the term “interchangeability” altogether from the legislation could take us further away from regulatory convergence efforts. Regardless, this is still an option I’ve heard floated around from time to time that I think is worthy of further conversation.

However, if we’re looking for a (somewhat easier) option, the FDA has a lot of skin in the game. The interchangeability guidance and the requirements discussed therein were never specified within the actual BPCIA. They were simply the FDA’s thoughts on how best to proceed. (Once again, guidance is guidance, not law.) There’s nothing keeping the FDA from releasing a statement arguing that all biosimilars are interchangeable when it comes to physician prescribing. (As one expert shared in a previous article, a leading FDA official actually acknowledged this fact at a European conference.) Similarly, another expert argued in favor of “collapsing the requirements” and making all biosimilars interchangeable, as long as they meet the high development standards set by the FDA.

So, while I can appreciate the author’s interest in seeing more companies engage with the FDA’s interchangeability regulatory pathway to introduce substitutable biosimilars to the market, it’s dangerous to place that much emphasis on one possible market access tool. Not only does this argument ignore the realities of current biologic pipelines and biosimilar prescribing habits, but it also suggests that biosimilars approved as substitutable are higher quality than “plain Jane” biosimilars. And that is factually inaccurate. We need to continue emphasizing that pharmacy-level substitution is simply a commercial designation as opposed to a scientific or quality-oriented exercise. At the end of the day, the U.S. with its unique substitution policy is only one (albeit large) piece of the global biosimilars puzzle, and there are far more important regulatory and policy mechanisms that deserve our full attention.