Regulatory Consistency: How To Fix The U.S. Biosimilar Pathway 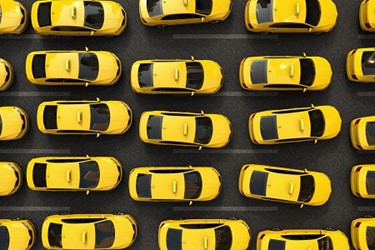 It has been a long, challenging few years for the biosimilar industry in the U.S. My time at the latest CBI Biosimilars Summit in January served as a great reminder of the ongoing issues brought about by misinformation campaigns, patent thickets, rebate schemes, risk evaluation and mitigation strategies (REMS) abuse, and supply chain shenanigans. And, as the industry continues to tackle these many issues, the critical concept of sustainability has taken center stage.

As clinical concerns about biosimilars are assuaged by real-world evidence from countries ahead of the U.S. and more emphasis is placed on savings in the healthcare space, it’s to be expected that more pressure would fall on biosimilars to immediately (and magically) save the healthcare system from villainous high prices. (This is a Disney film waiting to be made.) But what we didn’t anticipate was that not every stakeholder would understand the complexity (and, therefore, the expense) of biosimilar development and the resulting need for long-term pricing strategies. As I discussed in my wrap-up article from the CBI conference, there are short-term financial goals and needs that must be met in the healthcare supply-chain and patient communities, which places more pressure on the industry to find ways to reduce the regulatory and development burdens. That’s why I particularly enjoyed a presentation at CBI by Gillian Woollett of Avalere on the areas where the FDA could streamline the development pathway immediately, and, in turn, pave the way for future pricing flexibility.

The overall sustainability of the industry has been a big focus in Europe’s regulatory sphere over the past year. But several efforts in the U.S. in 2018 made it clear this is set to be a big topic moving forward in the U.S. here as well. For one, the FDA released its Biosimilar Action Plan (BAP) to ensure the development pathway is as efficient as possible. We also saw several published articles last year about possible regulatory evolutions that could improve overall industry sustainability in the long-term. The topics of these papers/letters to the editor included eliminating unnecessary bridging studies requirements from biosimilar development and, on a larger scale, eliminating Phase 3 efficacy trials for biosimilars.

Throughout Woollett’s discussion, she kept circling back to the need for regulatory consistency. In the U.S. in particular, biosimilars have different naming requirements and must contend with the widely misunderstood concept of interchangeability — regulatory standards which suggest that what’s in the test tube, syringe, or IV is not clinically the same as the originator product. And though the FDA has taken great efforts in the past year to stand up for biosimilars and establish the BAP, Woollett argued the agency can do more to confidently and simply underscore the quality of biosimilar products and to reconsider the need for the additional studies required of biosimilars, especially — but not just limited to — clinical studies. As she asserted, these efforts have become a “tax on patient access.”

“It’s important that the FDA state simply that quality is the foundation for all products,” she said. “cGMPs apply equally to everybody. These are very simple statements. Semantics matter, and we must be accurate and precise. But we also need to recognize the need for consistency and the FDA’s confidence in the regulatory science as the basis for the approval of all biologics, including biosimilars.”

Why Fear-mongering Is Just As Dangerous To The Innovator

In fact, as Woollett pointed out, being overly cautious about biosimilar development could ultimately undermine the entire regulatory oversight of all biologics, which has relied heavily on analytical comparability since 1996.

Comparability, which was led by the FDA and is now accepted worldwide, has been used for the past 23 years to determine that, following a manufacturing change, a biologic molecule has remained “highly similar” to the previous pre-change version. In turn, patients taking a biologic for a chronic condition are essentially receiving a “biosimilar” of that originator medicine. However, following each of these manufacturing changes, the originator company has not been required to conduct additional clinical studies or change the product’s label. In fact, patients and their physicians in the U.S. have no way of knowing the change has even occurred, whereas in the EU, information about manufacturing changes is made public. The post-change product is automatically extrapolated to all indications, and it is considered interchangeable with its pre-change self.

As we all know, the most important part of a biosimilar’s development is the analytical characterization of the originator molecule and the biosimilar. It’s thanks to analytics we are able to determine critical product quality attributes, and, in turn, demonstrate each biosimilar molecule is highly similar to its reference product.

However, despite the innovator product’s long history of successfully monitoring biological variation (often misleadingly called “drift”) using analytical specifications, a number of innovator companies are still implying that their use of the comparability process is somehow different from that which is applied to biosimilars. As the biosimilar industry continues to push toward a more efficient development and interchangeability pathway, we’ve begun to hear claims blatantly suggesting this reliance on analytical comparability, as opposed to large clinical trials, is a dangerous step away from responsible science and quality. (In fact, an almost-too-good-to-be-true example of such claims can be found in this “thought leadership” article published in a widely read publication.)

As Woollett argued in her presentation, even innovator biologics companies could find themselves in trouble in the future for misrepresenting the science behind biosimilars. Not only could it lead to a crackdown from the FDA should the agency address Pfizer’s citizen petition on misinformation, but it could also impact innovator companies’ own use of comparability. If too much doubt is raised about comparability as it relates to biosimilars and the quality of all biologics, this could make the process more complex for all biologics — even those that haven’t made manufacturing changes.

What Can The FDA, Industry Do To Promote Greater Confidence?

But as Woollett pointed out, a few months ago at a European conference, former FDA biosimilar star Leah Christl said the FDA agrees with what has been accepted by European regulators: biosimilars are interchangeable with their reference products when it comes to physician prescribing. To Woollett, Christl’s acknowledgement is a critical one we should push to see stressed in the FDA’s educational efforts, as well as on the FDA website.

“There is some great information about biosimilars available on the FDA’s website,” said Woollett. “But it’s also time that the agency makes some simple, but critical, declarative statements,” including that all biosimilars are interchangeable with their reference product for the purposes of physician prescribing.

After all, most of the biosimilar products hitting the market, outside of Humira and Enbrel biosimilars, are distributed at the hospital/clinic level, not via the pharmacy where interchangeability will be impactful. In other words, most biosimilars are administered by the prescribing doctor — which is in keeping with the EU definition of interchangeability. (Of course, U.S. health plans and pharmacy benefit managers can control which medicine is administered to some extent, as well.)

In recent weeks, however, I’ve begun to see some interesting dialogues taking shape on the government level related to the Biologics Price, Competition, and Innovation Act (BPCIA) — which is how we ended up with an interchangeable designation in the first place.

At the end of last month, one expert from the think tank The Foundation for Research on Equal Opportunity testified before the House Committee on Oversight and Reform that the text of the BPCIA is partially to blame for the biosimilar industry’s market challenges. In his testimony on drug pricing, he argued the BPCIA was “highly favorable to the pharmaceutical and biotechnology industries [and has] suffocated biosimilar competition.” He advocated that reforming the BPCIA to eliminate the interchangeability designation in order to permit pharmacy-level substitution for all biosimilars would encourage greater use of biosimilars.

We also heard a similar suggestion from well-known Sanford C. Bernstein analyst Ronny Gal at the Association for Accessible Medicines Access! 2019 conference. As the Center for Biosimilars reported, Gal recommended the biosimilarity and interchangeability designations be “collapsed” into a single designation making interchangeability the standard for approval as a biosimilar.

There are no easy answers to addressing the misinformation and lack of regulatory scientific consistency that exist in the increasingly competitive biologics sphere. As Woollett’s and other recent presentations have shown, there is certainly room for the FDA to step in and take control of the biosimilar pathway in terms of misinformation, data requirements, and regulatory harmonization. But I’d also argue the biosimilar industry can do more to insist Congress revisit the BPCIA, the unclear, loophole-riddled text of which has garnered criticism from stakeholders over the past few years. As the last few weeks have shown, we’ve, interestingly, begun to see more attention on revisiting this critical legislation that started it all, and I daresay these discussions will only continue to —and must — intensify as the year goes on.

As always, if you have ideas on how the BPCIA could be improved/clarified and strengthened, feel free to get in touch with me off-the-record at anna.welch@jamesonpublishing.com.