Could This Practice Increase Biosimilar Use In The U.S.? 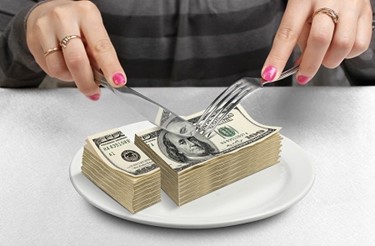 I’ve often written that there is no cookie-cutter approach to biosimilar commercialization. It’s one of the reasons this market is so exciting to follow. Each time I speak with employees of companies abroad, I try to include discussions about what the biosimilar market is like in that particular country and what strategies have been used — or are still needed— to support biosimilar use. These strategies have taken a number of different shapes depending on the country. For instance, there are biosimilar manufacturing strategies, such as the Brazilian productive development partnerships (PDPs). There are prescribing quotas/guidelines, which we’ve seen in quite a few EU nations, most notably Germany. Sometimes, the structure of the reimbursement system — for instance the winner-takes-all hospital tenders in Norway — is a boon for biosimilar uptake.

Last fall, Medicines for Europe released its Biosimilar Medicines Markets Policy Overview, which highlighted a number of biosimilar policies and practices implemented in European countries, including gainsharing. When we hear the term “gainsharing,” there’s a good chance we think immediately of the U.K., given the country’s ongoing success with gainsharing in certain regions. (Though, it turns out, gainsharing is also being explored in a number of nations, including Belgium, France, Germany, Italy, and Norway.) In the U.K., in particular, the act of gainsharing — or sharing the savings from biosimilars with the hospital or department — has had a positive impact on clinicians’ acceptance of biosimilar. The savings garnered from biosimilars can be used for staff or on new, innovative medicines.

The implementation of these different uptake strategies varies widely from country to country. In many cases, one country’s methods cannot be lifted and carried into another country’s healthcare ecosystem. However, as U.S. uptake is behind the EU, regulatory issues aside, I’ve often wondered how systems like gainsharing could be applied here in the U.S. And, as luck would have it, Kavya Gopal, head of specialty U.K. for Sandoz and the chair of the British Biosimilars Association, had some thoughts.

Those of you who have been tuning into Biosimilar Development the past week or so likely have noted the first two articles I wrote based on my interview with Gopal. In the first article, we discussed the U.K.-centric and other global industry developments she is watching closely. In the second article, we discussed some of the systemic challenges to biosimilar uptake in the U.K. market. But during our conversation, Gopal also emphasized her desire to see more consideration of how other countries’ strategies could be partially extrapolated, if you will, into other healthcare systems.

“What could a country like the U.S. and big payers like the Aetna’s, UnitedHealthcare’s, or even the pharmacy benefits managers (PBMs) like CVS learn from what these other countries have done to garner savings for their healthcare systems and potentially reduce costs for patients?” Gopal asked.  “We need to consider what has convinced people in a particular country to accept biosimilars and how the same thing could work in a different locale. At the end of the day, clinicians are clinicians; patients are patients.”

Incentivizing Biosimilar Use: The Most Feasible Outlets

In an interview last year, an expert from Fresenius-Kabi (formerly of Merck KGaA) expressed similar interest in seeing a gainsharing-like system implemented in the U.S. One place she saw this as an option was in integrated health systems, which are not just hospitals equipped with their own physician base, but also insurers and pharmacy benefits managers (PBMs) determining their own formularies.

This vision was shared by Gopal, who specifically mentioned the feasibility of gainsharing in a vertically integrated system. Many of these systems are smaller and regional and could easily realize benefits from setting aside a time period in which prescribing biosimilars guarantees access to a certain percentage of the resulting savings. Especially at this fragile, beginning stage in the biosimilar market, it may seem to be a daunting task for some providers to more fully integrate biosimilars into their treatment regimens. But gainsharing is essentially offering the incentive to carry out that difficult work and to help the health system at the same time. “To me, that’s a no-brainer,” Gopal said.

This wouldn’t be without its struggles, of course. As Gopal pointed out, putting that incentive in place would require transparency into the system itself “so you know what you’re putting in and what you’re getting out.” And the U.S. is no stranger to a general lack of transparency over a number of factors, including drug pricing, rebates, how patient out-of-pocket costs are determined, and other payer negotiation tools. Establishing this level of transparency on a national level is, for right now, a long-term goal. But this is why Gopal homed in on regional health systems — the Kaiser Permanentes or the Geisingers in the U.S.

“Why not try to implement gainsharing when you have vertical integration, and, therefore, visibility into the spend and the savings?” Gopal questioned.

She also pointed out that some of the more integrated university health systems could explore this strategy. Having heard a presentation from a member of the UVA Health System at a conference last year, this setting strikes me as a particularly important outlet for incentivizing biosimilar use. As the speaker admitted, the UVA system is “watching and waiting” (and it’s far from the only one). A primary reason for this is physician uncertainty, and physicians are responsible for recommending biosimilars for the formulary.

While incentives won’t and shouldn’t be the be-all-end-all of a physician’s clinical decisions for every patient, we’ve seen instances where KOLs have pointed out the need for better cost savings in order to switch stable patients. I’m referring in particular to the highly publicized session “The Great Debate: Biosimilars…To Switch Or Not To Switch” at the 2017 American College of Rheumatology conference. The KOL arguing against switching, Roy Fleischmann, M.D., passionately argued that, without lower costs making their way to patients, there would be no benefit for him as a physician, for his patients, or for the U.S. government to switch to biosimilars. As he described during the panel, “If it isn’t considerably cheaper to the patient and society, there is no value in using a biosimilar. This is where I start: cost.”

This blistering criticism, which, to the chagrin of the biosimilar industry, pins the “value” of biosimilars solely on their cost, highlights the potential of incentivizing biosimilar use. I wonder how Fleischmann’s argument might change if savings from biosimilars were being realized by physicians — and in turn the health system and patients who are, in turn, better able to gain access to current and future innovative treatments?