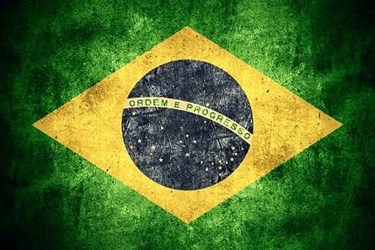 When this publication was launched, the goal was to cover the emerging U.S. market. Obviously, given the country’s late start with biosimilars, there has been quite a bit to write about as the regulatory pathway solidifies. However, despite the fact the U.S. market’s formation is endlessly entertaining (as demonstrated by the recent Supreme Court debate over the word “shall”), one of my favorite parts of writing about this industry is looking outside of the U.S. Though many of the established biosimilar regulatory pathways abroad are closely modeled after those of the European Medicines Agency (EMA), the WHO, or, in some cases, the FDA, I’m always impressed by the myriad of ways governments plan to incorporate biosimilars into a country’s healthcare system.

One of my first exposures to the Brazilian biosimilar market came during a conversation last year with Don Stewart, the CEO of PlantForm, a Canadian company working on three monoclonal antibody (mAb) biosimilar candidates created from tobacco plants. The company was also in the process of forming a joint venture, known as PlantPraxis, with the Brazil-based company Axis Biotec. The goal of this joint venture is to introduce biosimilars into the country using PlantForm’s plant-based technology. Now, a little over a year after that conversation, construction of the PlantPraxis facility will begin in the upcoming summer months, with the goal of being operational in 2018.

This is just one of several partnerships springing up in Brazil as the country, like many others, realizes the need for more cost-effective biologics. At the World Biosimilar Congress last month, Andrew Simpson, the scientific director for Orygen Biotecnologica (a 2012 joint venture of Biolab and Eurofarma), provided a thorough glimpse into these public-private partnerships, known as productive development partnerships (PDPs).

In terms of life sciences, Brazil is best known as a small molecule pharmaceutical market; some of the largest companies in Brazil are small molecule generics companies. But, in recent years, the country identified the importance of establishing a biotechnology industry. After listening to Simpson’s discussion of the emerging PDP system, I’d argue it’s one of the more interesting and unique methods to establish and bolster a biosimilar industry.

Brazil’s Pharmaceutical Market At A Glance

Brazil, with its population of 200 million people, is roughly two-thirds the size of the U.S. and is poised to become the fourth largest individual market in the world (after the U.S., China, and Japan). As you can imagine, a country that size boasting a public health system that provides all citizens free treatment at the point-of-care has a growing need for more cost-effective drug options.

According to a 2015 outlook report by Deloitte, about 25 percent of Brazilian citizens have some element of private insurance, but, nevertheless, they use the public sector for some of their healthcare. The other 75 percent are dependent on the public sector. The purchasing of pharmaceuticals is roughly 50/50 between the public and private sectors.Oncology care, in particular, is purchased equally by both the government and private insurance. But for various reasons, the entire anti-inflammatory market is government-purchased, Simpson added.

Despite the successes of these large players, the government has grown increasingly concerned by several different factors. Obviously, one is the rising cost of biologics. The number of biologics units purchased may only be 5 percent of all government pharmaceutical purchases, but it accounts for 36 percent of the drug spend.

These concerns are then amplified by the fact essentially all drugs purchased by the government are made outside of Brazil. According to Simpson, “Even the APIs for generic drugs are made outside of Brazil and imported. This has a negative effect on the government’s budget.” (Even today, following the development of the generics industry, APIs continue to be imported. But formulation and vialing are carried out within the country.)

Similarly, from an innovation standpoint, this leaves the country with competition- and supply-related concerns.

Why Did Brazil Settle On PDPs?

The biotechnology sector is “essentially non-existent as of yet in Brazil,” said Simpson, though the government recognized this problem, and, in 2010, established a plan to foster a biotech industry. This plan, which is beginning to take shape in the country, was closely modeled after the establishment of the generics industry.

“The generics companies created GMP facilities, began to sell generic drugs over a period of a decade, and became very successful,” Simpson explained. “Then they progressed to making incremental improvements to existing drugs. More recently, companies have begun working on novel small molecules.” Now, following the development of the generics industry, APIs are still primarily imported, but formulation and vialing is carried out within the country.

As the biosimilar industry blossomed around the globe, the Brazilian government began eying biosimilars as a way to, one day, establish an innovative biologics market. Enter the PDP arrangements.

The Role Of PDPs In Building Brazil’s Biotech Industry

Along with a public laboratory, the private company also needs to team up with an international partner in order to learn the tricks of the biologics trade. For Orygen, this partner is Pfizer.

During the first few years of a PDP, the international company produces the drug and supplies it to the government through the private company in Brazil and the public laboratory. The international company is then required to complete a technology transfer, enabling the private company to take over the manufacturing and commercialization of the biosimilar within Brazil. Following the tech transfer and the establishment of manufacturing within Brazil, the international partner collects royalties.

Though the drug development process primarily falls on the international partner, “There are a lot of investments required on behalf of the private Brazilian company, as well,” Simpson acknowledged. “The private company takes care of all the financial requirements for creating the manufacturing plant in Brazil and transferring the technology.” The company also has to promise each biosimilar’s price will decrease by 5 percent each year.

Today, there are several PDPs established for biosimilars of adalimumab, bevacizumab, etanercept, infliximab, rituximab, and trastuzumab. The government sent out a call for proposals on these biosimilars back in 2013, but it’s taken awhile to get these PDPs up and running. The companies that submitted proposals in 2013, including Orygen, didn’t know until February 2017 which proposals would be accepted, nor did they know what their market shares for each contracted biosimilar would be. In addition to Orygen, several other private companies (Bionovis, Critsalia, and Libbs) and public laboratories (Tecpar, Biomanguinhos, Butantan) have established PDPs, as well.

Not only were PDPs launched to encourage the growth of a biotechnology industry, they also serve to protect the country from supply shortages. Preventing drug shortages has been a key initiative for government following a previous experience with a major insulin shortage. As such, should a company back out or cease production of a specific product, it is required by the PDP agreement to provide the public laboratory with the technology and relevant information so the drug can continue to be made. This, therefore, eliminates the need to import that specific drug and the high costs of doing such.

Benefits Of The Biosimilar PDP Strategy

In March 2017, the government published a new list of potential PDPs for antibodies and enzymes. This list included 17 molecules, including certolizumab, eculizumab, golimumab, ipilimumab, nivolumab, pembrolizumab, and tocilizumab.

Simpson encouraged those in the audience interested in partnerships to consider the PDP arrangement because of some of the benefits it provides to biosimilar developers. It not only provides access to a rapidly growing emerging market, but being contracted by the government can provide a company with a significant regulatory advantage. The country’s regulatory agency, ANVISA, is not best known for its speedy review cycles. It can take anywhere from 12 to 18 months to approve or deny a drug. (Some of this delay is because the regulator requires an audit of the production facility.)

But, “One of the advantages of a PDP is that you get priority review, which accelerates the review and approval,” Simpson qualified. The PDP program also provides the opportunity to have annual meetings with the Technical Regulatory Committee (CTR), which monitors the PDP progress, timelines, tech transfer, and regulatory activities. These meetings put all stakeholders involved in the PDP — ANVISA, the Ministry of Health , the public laboratory and the private company — together for discussion at least once a year. Following approval of the project, the PDP provides the partnership with a simplified registration procedure to lead to a quicker acquisition of the biosimilar by the Ministry of Health.

Though it’s still unclear how the PDP program will evolve overtime, Simpson argued looking at the political landscape in the country should provide some indication of the program’s heartiness.  For instance, the government recently transitioned from an interventionist, paternalistic government to a market forces government. However, despite this transition, “The PDP program has survived,” he said. “It turned out to be independent of political persuasion and is seen as one of the examples of how good government strategy can work. We’re very optimistic it’s going to work.”