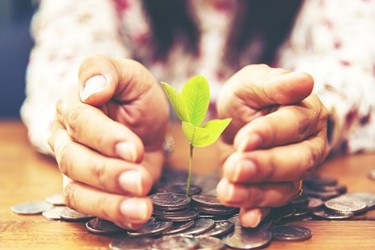 At the end of April, the Biosimilar Medicines Group, a sector of Medicines for Europe (EU), hosted its popular biosimilar conference in London. While I was unable to make the trip across the pond this year, I lived vicariously through Sandoz’s Carol Lynch and Mylan’s Erin Federman, both of whom are chairs of Biosimilar Medicines Group committees and were speakers at the conference. But there was one valuable perspective I didn’t want to overlook following the conference’s conclusion — that of Julie Maréchal-Jamil, the director of biosimilars policy and science, Medicines for EU, and a prized member of Biosimilar Development’s editorial board. I reached out to Maréchal-Jamil to get a sense of what her takeaways were from the conference (which she helped plan) and what plans she and her team are putting into action based on their event takeaways.

When I leave a conference, the most daunting task I face is to distill the two days-worth of insights into an article presenting the larger themes or trends I’m noting in the industry. But I’ve often wondered how an organization or company puts its conference takeaways into action. As it turns out, connecting multiple ideas and stakeholder needs is where Maréchal-Jamil thrives. “My position requires me to build bridges between our internal ideas and those gleaned from interactions with other stakeholders,” she described. And this annual spring conference serves as an excellent way for Maréchal-Jamil and the rest of the Biosimilar Medicines Group to gather a wide array of opinions and strategies to keep the evolving biosimilar landscape in focus.

Over the past few years with the Biosimilar Medicines Group, she’s noted discussions at the biosimilar conference have evolved from the underlying scientific principles of comparability and the regulatory pathway to biosimilar usage and market access experiences and challenges. But in 2017, the conference feedback suggested that the critical access question — whether biosimilars could and would be exchanged by the physician — has been answered affirmatively, thanks to ongoing evidence and experience. As such, the primary topic during 2018’s conference was sustainability.

“We wanted to get a better sense of whether the current market policies including the procurement mechanisms and benefit-sharing models we have at hand are in sync with what patients and other stakeholders need,” she shared. “For countries with biosimilar medicines use, can we continue like this or are there express needs for changes? For countries yet to seize the biosimilar opportunity, what can we learn from early adopters?”

The Importance Of Speaking Up

Roughly a month after the Biosimilar Medicines Group conference took place, I attended the World Biosimilars Congress in San Diego. As I discussed in my write-up about the event, I was particularly heartened by the sense of duty several stakeholders have toward advancing biosimilars. In talking with Maréchal-Jamil, I found a similar spirit was present at the conference in London. Indeed, she argued industry members need to become even more vocal about successes (and experience in general.) Not only are these important to share within the biosimilar industry, but they also need to be shared with the healthcare community.

As she described, “Where we have seen the biggest change in this industry is that some governments or competent authorities are really testing ideas. Dialogue with multiple stakeholders has enabled them to put projects in motion so they can tackle the different challenges they’re facing.”

One of the countries I’ve been most excited about is the U.K. Maréchal-Jamil noted the energy in the country when it comes to biosimilar policy, along with the nation’s successful implementation of the much-needed multi-stakeholder approach. “The U.K. has put together such a comprehensive system where all the actors of the healthcare industry talk to one another about the issue of biosimilar use,” she said.

Indeed, the latest efforts within the country aim to answer the varied questions that many are asking about biosimilars. The National Institute for Health Research (NIHR), which is the research arm of the National Health Service (NHS), is establishing the BioValue program. Rather than focusing on safety and efficacy data, this refreshing effort will report on how biosimilars are being used within the NHS — for instance uncovering specific prescribing habits and systemic patient access issues.

In addition, she homed in on the country’s determination to prevent new product launches from throwing the system for a loop. For instance, in October, the U.K. and EU will be introduced to the first several adalimumab biosimilars — and this market will be a dynamic and moving target. As such, the launch of these products will naturally pose new challenges that haven’t been faced or addressed in the current system. But instead of tackling them in a reactionary fashion, the NHS is already considering how it will need to fine-tune certain aspects in order to promptly address the questions and challenges adalimumab may pose to the system.

Maréchal-Jamil also noted the efforts underway in Italy to align originator and biosimilar companies, the government, and the payer, on a procurement policy and process for hospitals. Rather than rely on a single-winner tender that ultimately leads to steep pricing discounts immediately, the system is a multi-winner tender, built to prefer three different products. In turn, more companies — not just one — can develop products and benefit from the market, promoting a sustainable system from the start. Similarly, this multi-winner system permits more flexibility for doctors and patients when selecting a treatment and decreases the risk of supply shortages. However, this is a work in progress, and the different stakeholders are still learning how to monitor its sustainability. As such, it’s critical to continue sharing updates as well as any unforeseen pitfalls coming from real-life experience and solutions.

“What’s important is for us to show that stakeholders aren’t just sitting back and watching what’s happening,” Maréchal-Jamil pointed out. “There are some leaders and champions that actually try something out and can talk about their experience. We know sharing all practices — however small or large — is critical.”

In fact, Maréchal-Jamil argued one of the biggest challenges facing Europe is not that each country requires its own biosimilar utilization mechanisms, but that many face a dearth of information. “What strikes me is that, when I go to some countries, there is little known about the endeavors of other governments or countries in this particular policy area,” she said. “That’s why it’s critical to find outlets through which to exchange information on these different initiatives.”

In order to help facilitate these conversations, the Biosimilar Medicines Group has planned a series of multi-stakeholder workshops in Central and Eastern Europe (CEE). This initiative started in Hungary and will continue to move into Poland, Slovakia, and other countries. The end goal is to encourage these countries to engage and converse with thought leaders from other EU countries and determine which practices (or combinations thereof) could fit local access needs. Because, as Maréchal-Jamil stated, “Unless you hear what others are doing, you can spend a lot of time reinventing the wheel.”

Though we spend a lot of time discussing alignment (specifically regulatory) in the biosimilar world, it’s wishful thinking to expect sharing best practices will lead to cookie-cutter policies from country to country. (As we know, the healthcare and reimbursement landscapes vary widely throughout the EU countries.)

Rather than considering a single strategy to be the gold standard for all of Europe, a greater effort has been made to identify the EU nations with the highest levels of biosimilar use and to determine which individual measures have made the biggest difference. Every country will have its own unique set of measures that, when combined, create the appropriate system. As Marechal-Jamil spelled out, “The policies themselves will be country specific, but they will be bound to the question of whether they can effectively advance and foster reinvestment in the healthcare community. This is about ensuring you can have these medicines today and that the system will be sustainable so we can have them tomorrow and the day after tomorrow.”

In an upcoming article, Maréchal-Jamil and I will continue our discussion, shifting from policies promoting sustainability to the critical conversations ongoing in the regulatory sphere. Stay tuned!